Are These Legitimate Tossed-Away Votes For President Trump Found At An Oklahoma Wedding?

A recent News story reports a wedding party finding torn-apart ballots, the majority of which are marked for President Trump.

Are these legitimate ballots, the majority of which have been cast for Trump, that have been thrown out? It is already noted in the video that such ballots wouldn't change Oklahoma's results - since Oklahoma is deep red - so this question is only asking about the validity of the torn-up ballots.

According to the Oklahoma State Election Board (via Twitter):

This video is from pct 469 / subpct 457 in Tulsa County. These are clearly "spoiled ballots" where the voter mistakenly marked more than one option in a race. Spoiled ballots are returned to the precinct clerk and destroyed, then the voter is issued a new ballot.

They use screenshots from the video to highlight this point. Here are some of the examples they show - they annotated the video to circle the part of the ballot that shows it is "spoiled": 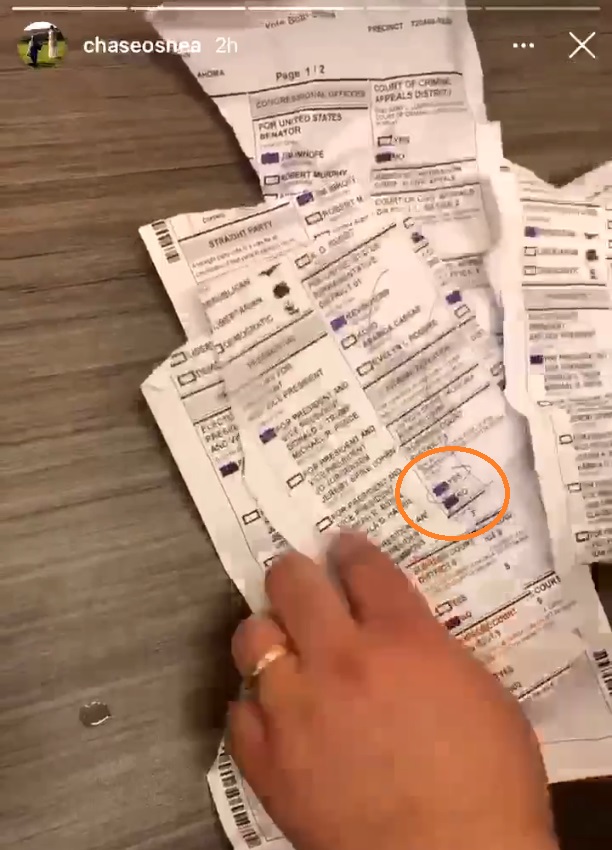 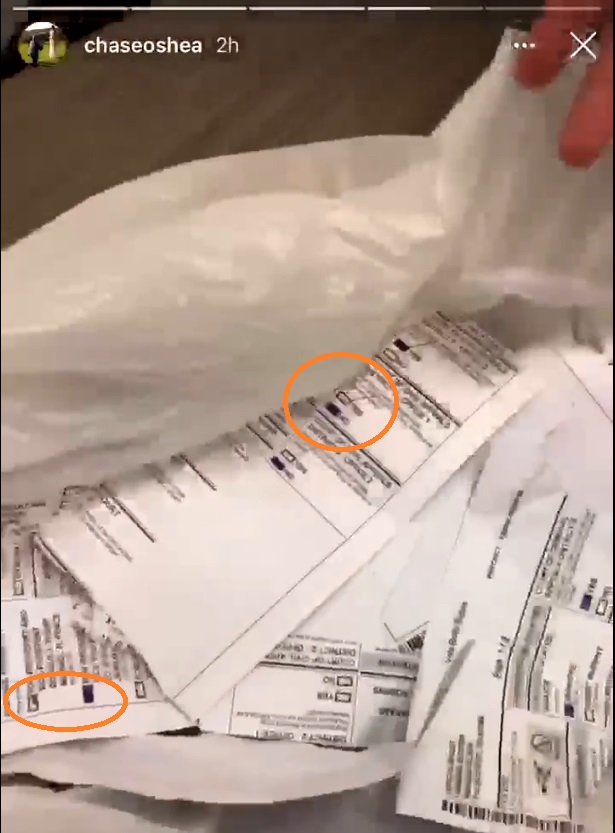 They also referenced the relevant statute:

"Should a voter spoil any ballot in an effort to vote the same, the voter shall... return it to the clerk. The clerk shall destroy the ballot in the presence of the voter and shall issue the voter another ballot..."

And they show a redacted photo of the spoiled ballot affadavit for that polling location, with signatures of 11 voters who had spoiled ballots: 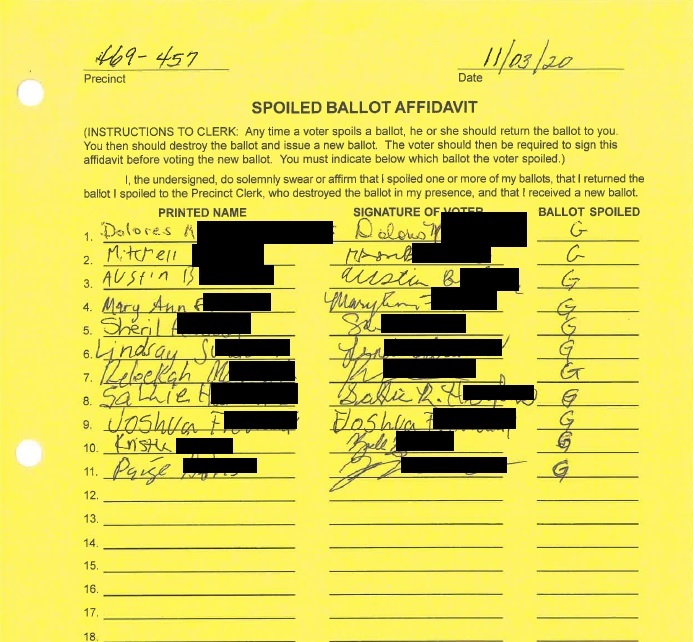 There is no credible evidence to support this.

The only evidence here is a few guys talking on a video. We can't verify anything they say, not even that they were actually at a wedding in Oklahoma, never mind anything they claim about ballots.

The most obvious deficiency is that anyone who seriously believes they have found evidence of voter fraud should be reporting it to the relevant authorities so it can be investigated, and a thorough examination made of the ballots and other evidence. They have not done that. (If they had it would be national news, like the report of ballots in a dumpster in Georgia.) Their behaviour has been entirely consistent with that of someone wanting to get a bit of attention by making sensational allegations.

Other flaws in the story:

31
Was there a "dump" of votes in Michigan where 138,339 votes were added for Biden and 0 for Trump and does this indicate potential fraud?
6
Are these anomalies in the Biden-Trump vote data indicative of voter fraud?
72
Did a computer error lead to 6,000 votes switching from Joe Biden to President Trump?
8
Do the 2020 votes for Trump and Biden add up to more than the total number of votes made?