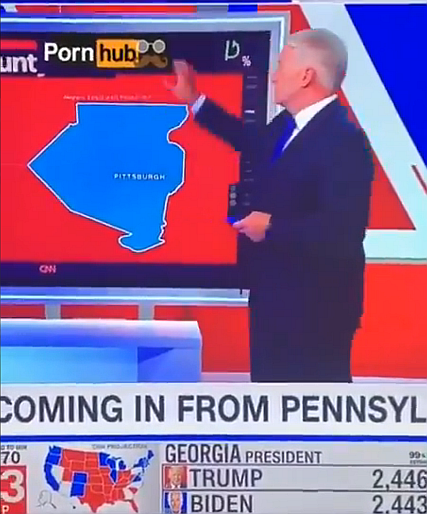 Also, check out these articles by Snopes and PolitiFact:

Interestingly, Colby Hall, who also fact-checked this in a Mediaite article joked about the possibility of such a thing happening, in a tweet earlier this year:

11
Did a broadcast of the US National Anthem in the 60's use subliminal messaging?
5
Is Shiva Ayyadurai's statistical analysis of the 2020 election evidence of widespread fraud?
3
Did Georgia absentee voting expire before the election was over?
9
Did Pfizer intentionally delay the COVID vaccine until after the election?