Is or was Putin hiding in a bunker?

There were rumors that due to the Covid pandemic, Putin was hiding in a bunker (his press secretary denied it). Here's just one of many quotes (sorry if my translation is bad).

Right now, somewhere in a bunker near Moscow, sits V.V.Putin, who proclaimed himself tsar of Russia, looks at the tails of these columns [of Khabarovsk protesters], hiding beyond the horizon, and is very upset.

I couldn't find any evidence that Putin was hiding in a bunker for a significant amount of time in 2020. As it seems, most of the rumors come from the photos of his apparently windowless conference room in Novo-Ogaryovo.

The earliest reference to the "bunker" I could find was published on d3.ru in 2015: Is Putin in the Bunker?:

Is Putin in the bunker?
I've never seen such a room in the news? What could this possibly mean?

This refers to the conference with the Ministry of Defense on the situation in Syria: 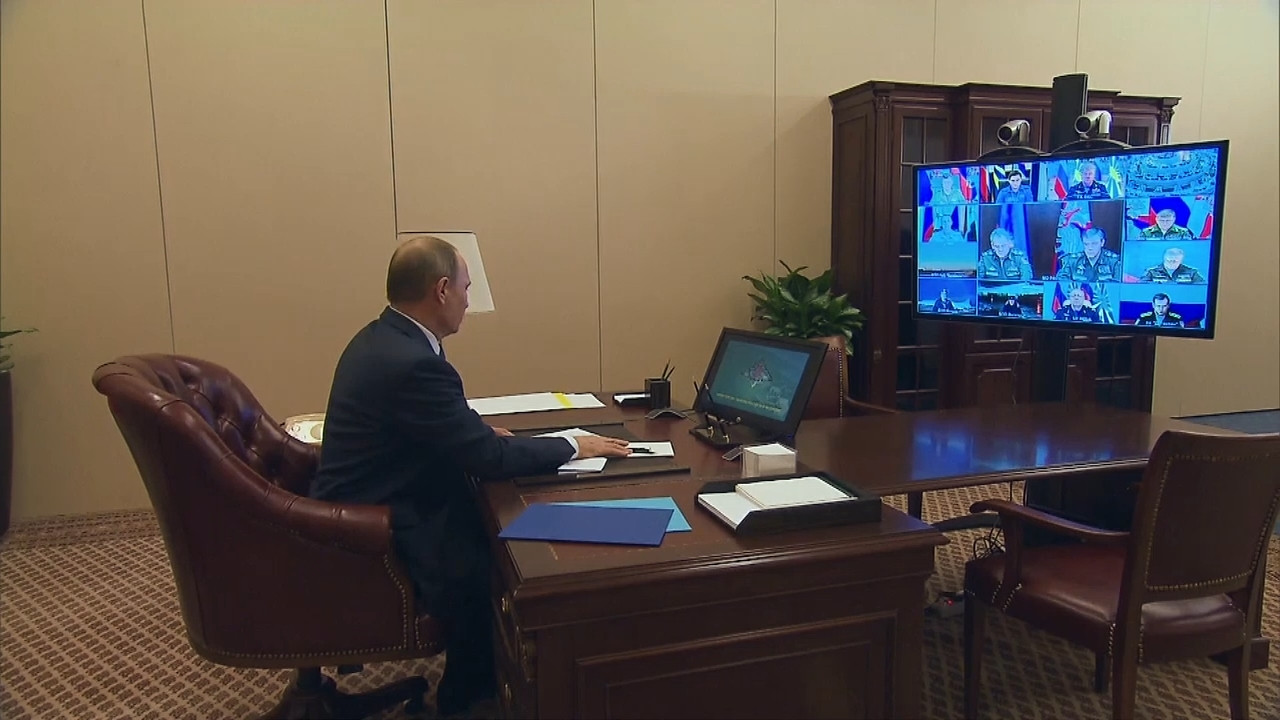 According to official sources, this footage was shot in Putin's residence in Novo-Ogaryovo. They don't go into details as to where this particular room is located, so we can't tell if it's underground or not. The camera angle doesn't show much of a room, so it's possible that it has windows on the wall behind the camera.

These rumors reemerged in March 2020 when Putin announced the nationwide non-working period. The Russian government started to work remotely and Putin was again seen multiple times in the similar windowless conference room: 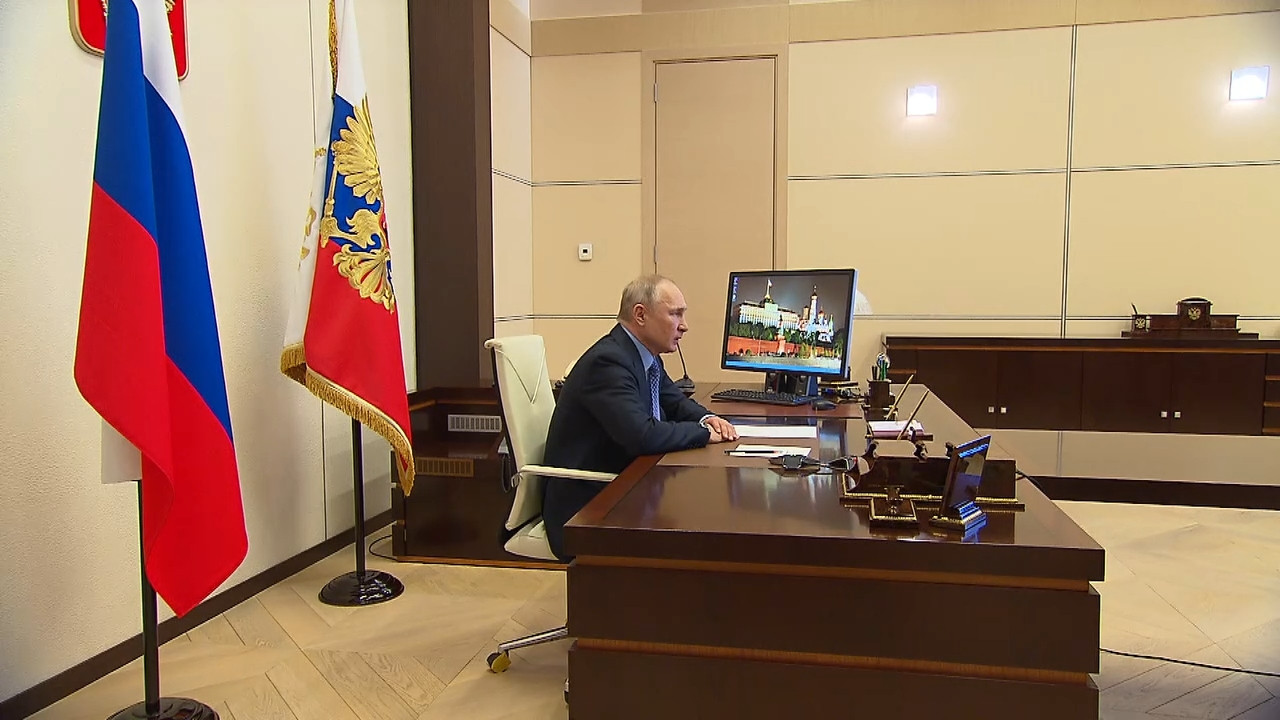 Again, the official site of the Kremlin sets the location in Novo-Ogaryovo. This didn't stop people on the internet from speculating that Putin is in a bunker hidden somewhere, there's a surge of articles in March: 1, 2, 3.

Putin being in Novo-Ogaryovo is not unusual per se (see 2015 photo), he regularly holds meetings there. The unusual part is seeing him teleconferencing there alone in a giant room. This, together with heightened attention to the government during the pandemic, created a good ground for rumors and jokes.

It's possible that both Peskov (Putin's press secretary) and Navalny are correct. Peskov correctly says that Putin spends his time in his residence and doesn't really need a bunker. At the same time, Navalny uses "a bunker" figuratively to refer to the whole Novo-Ogaryovo estate, surrounded by six-meter-tall walls and isolated from the outer world.

Not the answer you're looking for? Browse other questions tagged covid-19 russia .

14
Was Aeroflot SU2074 intended target in MH17 shooting?
3
Was Gagarin the thirteenth person to be sent to space?
8
Did Putin give this talk about the cultural preservation of European tradition, religion and race?
38
Did Putin threaten to have traitors assassinated?
25
Have Putin and his family stolen $300 billion or more from Russians?
5
Was COVID-19 in Italy by September 2019?
6
Was the Wuhan Institute of Virology's bat/rodent virus database taken offline on Sep 12th, 2019?
3
Did Putin claim that the predominantly Russian-speaking Donbas region is pro-Russia?