Recently I found a very provocative picture circulating in anti-Islam communities. It shows a presumably Muslim man, who is wearing a very small bathing suit and is standing next to a fully clothed woman in black jilbab.

The primary question is: Is the photo below a true holiday photo as one would initially think, or is it fake (staged, set up, edited, photoshopped, etc.)? I'm skeptical about it being real because there are a number of Islamic traditions and doctrines that make it highly unusual these two would be pictured like this.

If possible, I would also be interested in the following: 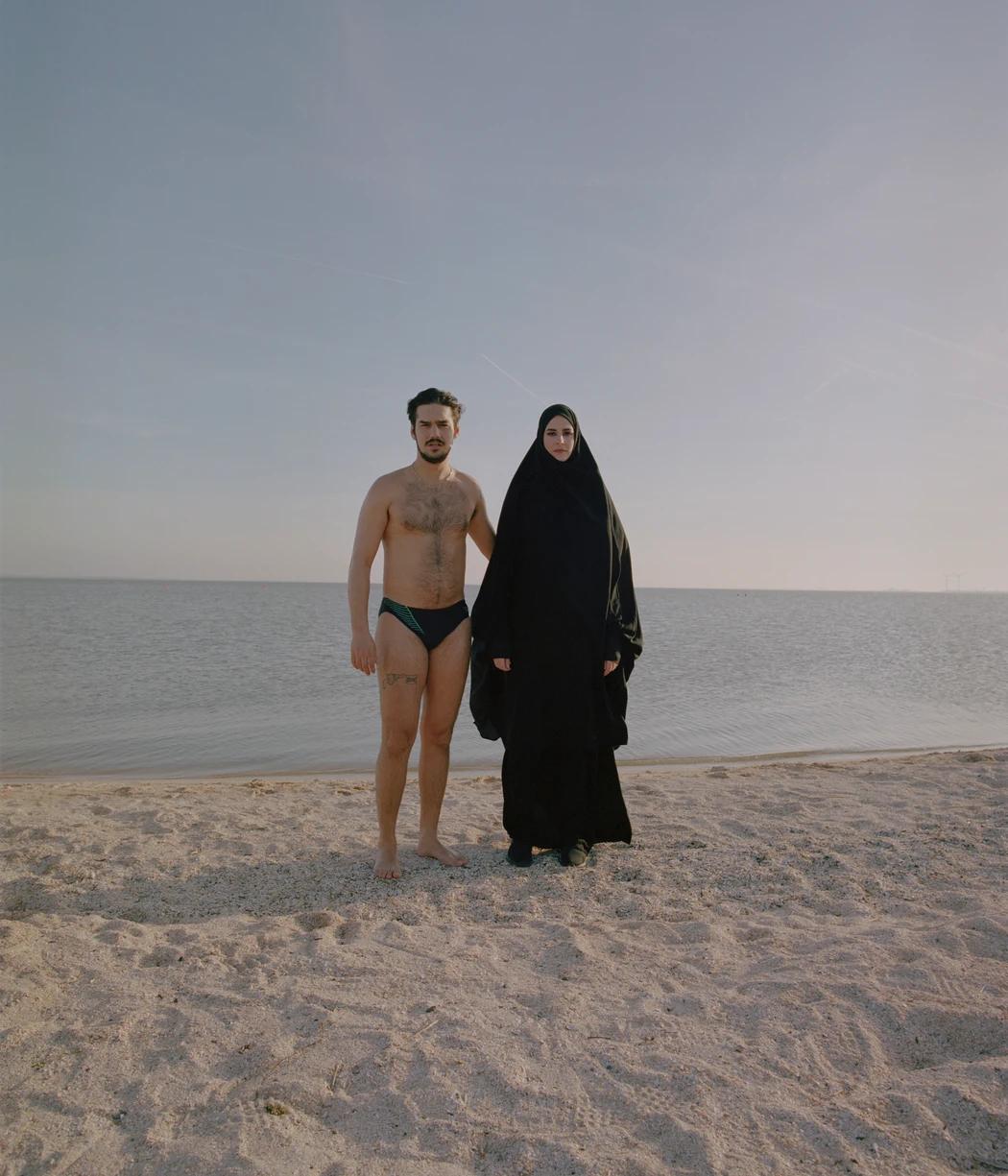 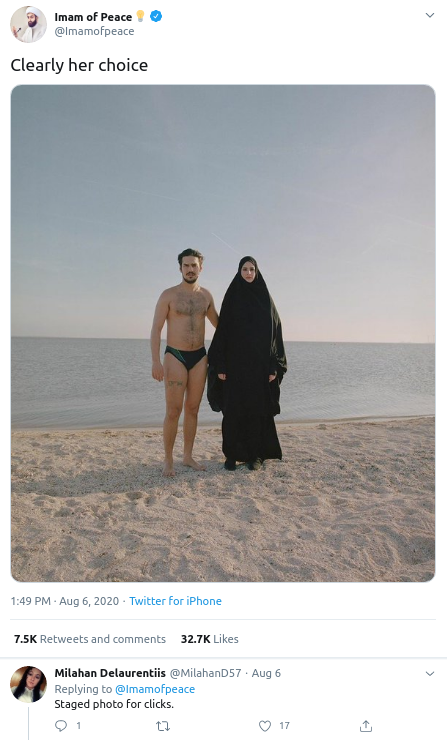 A Google image search suggests it comes from Villa Next Door: Graduation Show 2017; Royal Academy of Art, The Hague and is part of the portfolio created by an artist, Jaimy Gail.

Since it is described as a graduation show for an academy, it was presumably produced as part of a course at the academy.

Due to the attention the picture has been getting, the editor of the show has appended this message to the photograph.

FOR ALL THOSE WATCHING AT THE MOMENT: THIS IS NOT AN ANTI-ISLAM OR PRO-ISLAM IMAGE. THIS IS A STAGED WORK OF ART. WHICH MEANS THERE IS MORE IN IT THAN JUST PRO OR ANTI SOMETHING. AND ONLY AS SUCH IT HAS TO DO WITH REALITY.

Not the answer you're looking for? Browse other questions tagged religion islam gender photography muslims .