Did a suicidal woman talk a police officer into jumping with her?

Right now, memes featuring a supposed news paper article stating "SUICIDE WOMAN TALKS COP INTO JUMPING WITH HER!" are going around. For example: 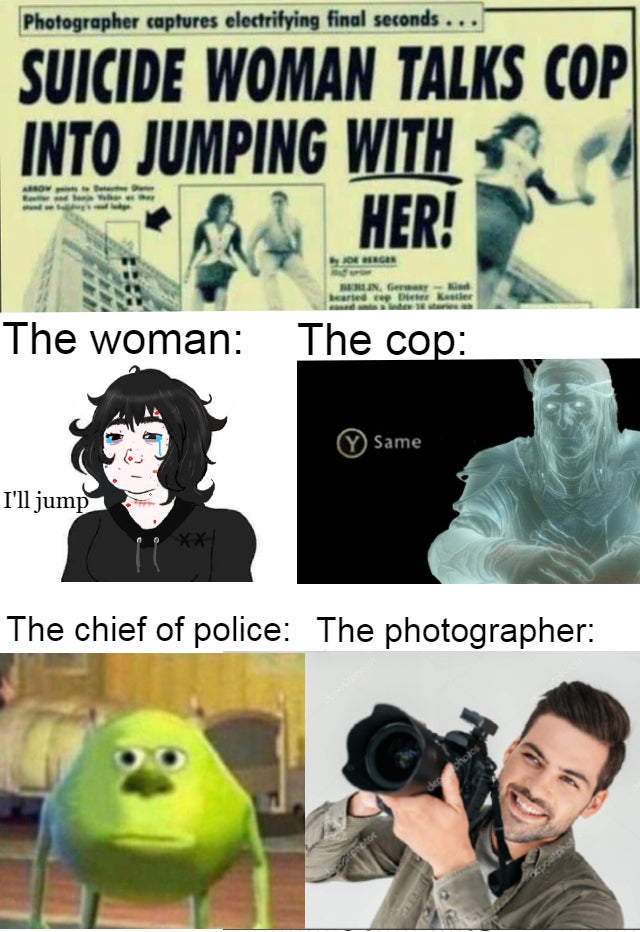 More examples (not displayed as images to save space, original URLs credited, but some linked to SE imgur):

Is there any truth to this? Did someone really convince a police officer sent out to help them avoid suicide to commit suicide together? 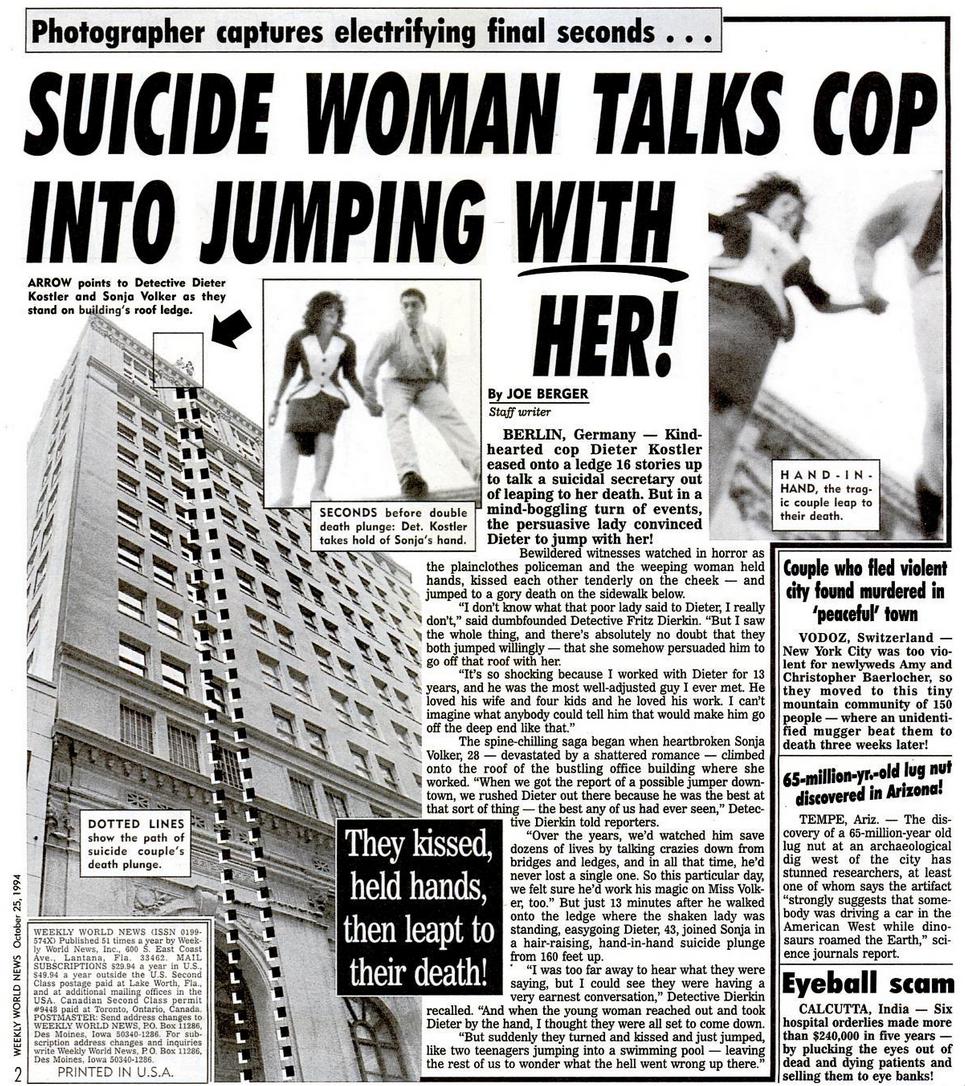 The Weekly World News had a reputation for posting outrageous stories made up from whole cloth.

While I cannot prove that this particular story is false, I can give you some context to show the level of journalistic standards held by this publication. This same issue also included such stories as:

Not the answer you're looking for? Browse other questions tagged police suicide .

31
Did the NYPD use an ambulance to trick protesters into cooperating?
22
Did a cop get fired after stopping police abuse?
17
Did a police officer hand back a weapon after disarming a criminal because of bad habits learned in training?
16
Are people with a high IQ not allowed to become police officers in New London?
12
Did the Houston Police Department intentionally target the house on Harding Street?
13
Did Police spray fake blood on themselves in Philadelphia on August 14th 2019?
56
Is the number of complaints filed a good measure of how abusive a police officer or department is?
70
Did Martin Gugino, 75, who was injured at the Buffalo, NY protest, provoke the police?