Did a Yu-Gi-Oh tournament prize card sell for $2 million USD?

I recently learned about a prize given out for the first ever Yu-gi-oh tournament in Japan in 1999, a stainless steel normal monster Black Luster Soldier. In numerous online english-language articles, the card is cited as being sold for $2 million in 2013. Here are just a few of the many examples: 1 [2] [3] [4] [5 (linked to by 4)]. (If you google search for the card, you will find 15+ more articles mentioning the card.)
Without exception, the articles claim that the card was listed for the USD equivalent of $10 million, and "rumored" or "reported" to have been sold for $2 million. Most of the articles cite no source for the rumor or reported claim, and the few that do just cite other articles with the same claim.

Example from link 3 above: "It is rumored that it has been bought for $2 million."

The "listed for $10 million" claim appears to be legitimate, as I found a contemporary english-language article mentioning the asking price. But my attempts to find the source of this $2 million sale price claim have come up short. Can anyone find a source, in any language, that either validates/refutes the claim, or that appears to be a likely origin of the claim on the internet? 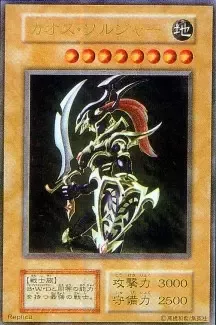 No Japanese source for this

This is a one-of-a-kind card and there is no information in Japanese about its sale or current ownership. At one point a Yahoo Auctions listing was created with a $10 million (actually 998 million yen) price tag, but this was clearly not meant for sale but as a form of bragging. According to a Yugioh website there is no public information on any actual sale of the card, and I do not see it discussed elsewhere. Apparently this card has been discussed a few times on the Q&A website Chiebukuro but I saw no record of a $2 million sale, or any kind of sale, in Japanese sources.

As mentioned in one of your sources the highest recorded price for a Yugioh card is 45 million yen ($427k) for a four-of-a-kind award variant of the famous Ultimate Blue-Eyes White Dragon. This price was posted publicly at a trading card shop in Akihabara. It was reportedly sold to the YouTuber Yukkichi, who works with the content agency UUUM, so I think is much more verifiable information. This is the top price mentioned by Japanese websites.

Not the answer you're looking for? Browse other questions tagged japan games price .

12
Did Matsuo Bashō compose a haiku about Matsushima where he was at a loss for words?
19
Did Japanese people misspell "We pray for MacArthur's election"?
51
Did Obama apologize for the USA using nuclear weapons on Japan?