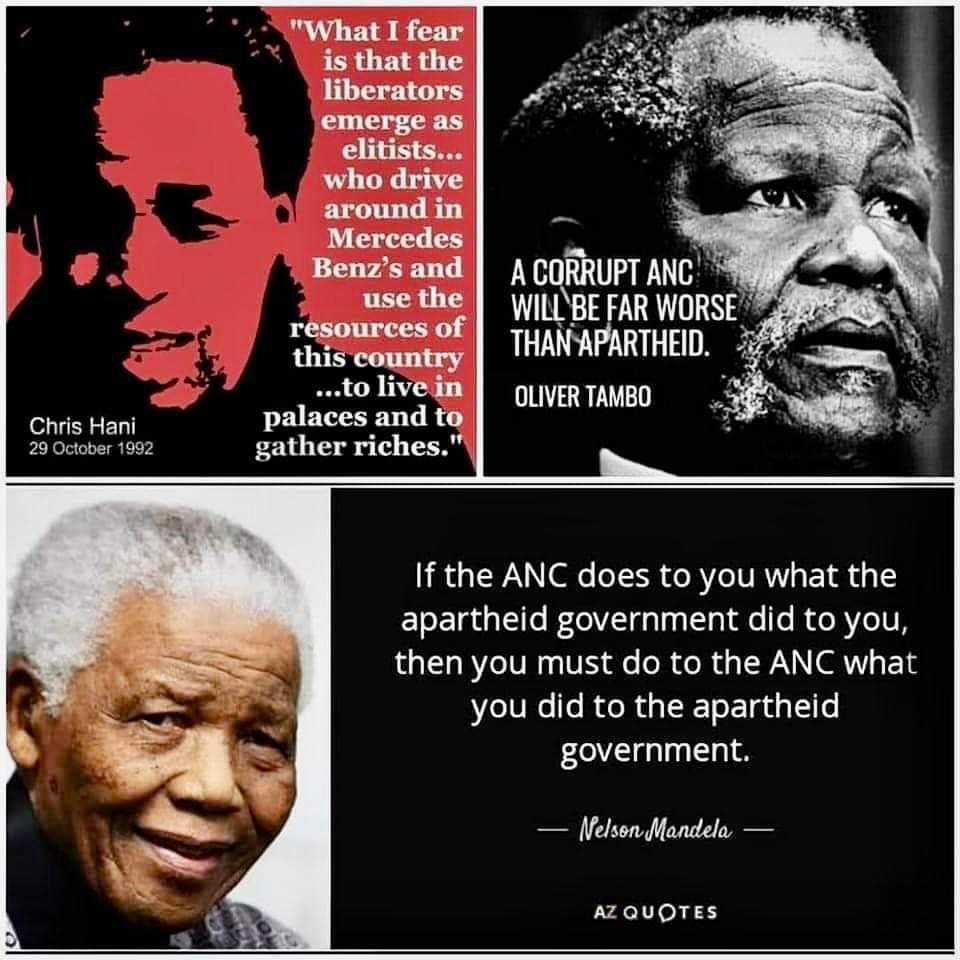 The above image was posted on the South African Subreddit. The three quotes are as follows:

What I fear is that the liberators emerge as elitists who drive around in Mercedes Benzes and use the resources of this country ...to live in palaces and to gather riches.

A corrupt ANC will be far worse than apartheid.

Were any of these quotes actually said by the men the image claims said them?

Multiple news outlets have used this quote, including: News24, The South Africa, Mail and Guardian, and The Herald. Not too surprising, but none of these outlets cite the source of the quote.

The date of 29 October 1992 comes up often (such as here). In Glenda Daniels' dissertation Chap 3 she cites the source of the quote as the 29th of October 1999 issue of the Beeld. I could not find this issue of the paper online, but a number of libraries (such as UNISA's library) has Die Beeld in archive on microfilm.

OR Tambo - No evidence - unlikely

Africa Check has fact checked this claim, and says there is no evidence.

Africa Check has fact checked this claim, and reports that there is no primary source for the quote. The oldest reference Africa Check found is from the Q3 1993 edition of the African Communist, which is a transcript of an address to the September COSATU Special Congress. The quote in this publication is as follows:

you must support the African National Congress only so far as it delivers the goods, if the ANC does not deliver the goods, you must do to it what you have done to the apartheid regime

This event was filmed, but the only recording discussed by Africa Check is incomplete and does not feature this quote.