Is this colour footage of Breslau in 1939 authentic?

This 7 minutes footage on youtube purports to be from 1939 in Breslau, Germany (today Wrocław, Poland). In it we can see

Some road signalisation, nice tramways, a cinema poster and a C&A logo are also visible.

Why I wonder whether this footage is real:

Screenshots as requested by LangLangC: 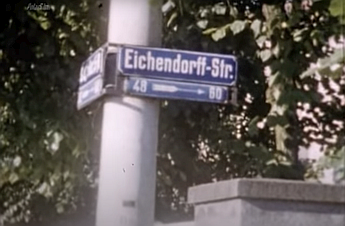 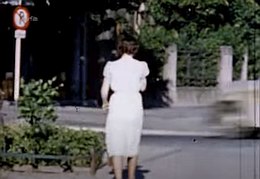 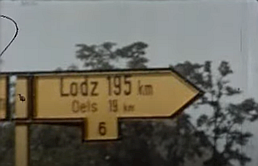 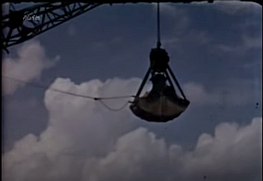 Yes. It is real, and filmed originally in colour, as is, not colourised later.

General Edwin Graf von Rothkirch und Trach, the author of this clip, (alternative version to the one in question) was an avid amateur photographer and movie maker. As such he followed the developements of colour motion picture technology, which was invented in the 19th century, but made very practical with kodachrome and in Germany with Agfacolor, tested for film at the summer olympics of 1936. And earlier cinematic colour movie in Ufacolor were Das Schönheitsfleckchen 1936 and Bunte Tierwelt 1931

The quality and accuracy of colour reproduction look like a perfect match for the technology, which is 'in colour' but ever so slightly 'off'. 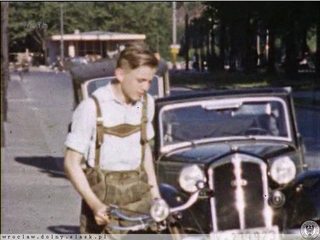 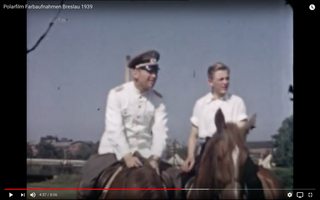 So from 1936/37 onwards, German film amateurs had access to the first three-layer colour films in the form of Agfa and Kodak reversal films in 16mm format, a short time later also in 8mm format. For example Eva Braun, a trained photo lab technician also used Kodachrome narrow film as early as 1938.
(src, example on

Note that colour film was not only more expensive than black&white, its availability in Germany was ever rarer after the start of the war in 1939 and after 1944 in practice no longer 'on sale' with stockpiles in private hands running out.

The movie clip in question itself is often discussed on Polish websites:

Polarfilm - Farbaufnahmen Breslau 1939 Poldi is a diminutive of Leopold. The boy who rode a bicycle around Breslau is Leopold Graf von Rothkirch, son of the Commander. Together with his father, they go on a horse ride later. Poldi, like his father also fought during World War II, served in armored units. They both survived the war. Edwin died in 1980 and Leopold died in 2009. (src, src linking to the info below)

The German Wikipedia entry for the general has this to say:

Private films From 1932 to 1945 von Rothkirch filmed his private and military career. The shots, some of them even in colour, usually reach the quality of the newsreel footage of that time. The shots, also in private life, were, if possible, even rehearsed before. During the war, Rothkirch is usually seen in the pictures himself. He seems to have had a subordinate who took the pictures. Although he was only deployed in the Reich and occupied territories until early 1942, he had himself filmed like a commander of front troops at victory parades and other occasions. The private films were made available to the NDR by his son Leopold and, having been edited for documentary purposes, were used in the NDR production "Graf Rothkirchs Krieg - Privatfilme eines Wehrmachtsgenerals" in 2005. 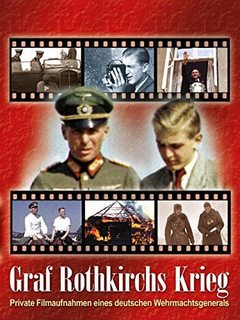 An analysis of the places shown in the clip with some 'then and now' comparisons in Polish language – although with one user in comments claiming it to be "in black and white original" – is on Breslau 1939: Nowe fakty (WIDEO) (Breslau 1939: New facts (VIDEO))

Not the answer you're looking for? Browse other questions tagged history germany video nazi-germany .