Ask Question
Asked 1 year, 11 months ago
Modified 1 year, 1 month ago
Viewed 19k times
110
Want to improve this post? Provide detailed answers to this question, including citations and an explanation of why your answer is correct. Answers without enough detail may be edited or deleted. 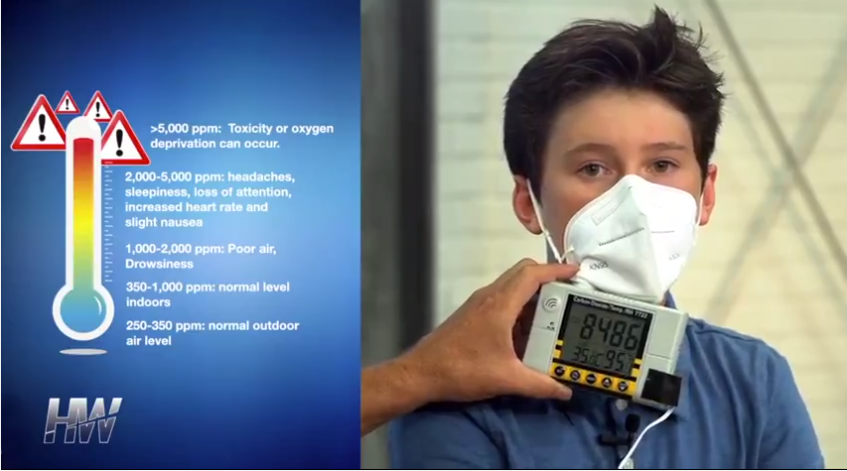 healthcare public-health facemasks
Share
Improve this question
edited May 19, 2021 at 16:19 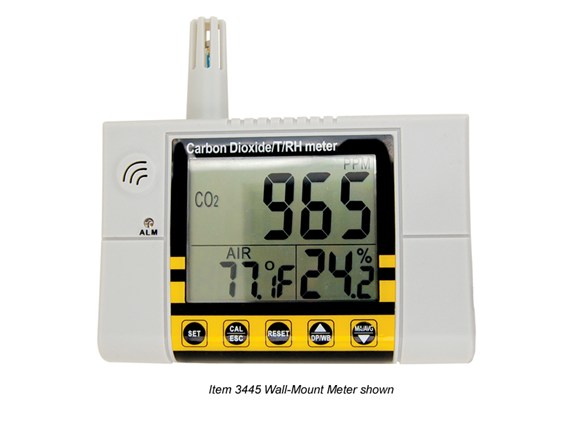 Regarding the first issue, whether the measurement method shown in the video is sensible (as this was challenged by mods as being unsourced speculation in the accepted answer), there are actually press articles in which the manufacturers of some such devices say that it isn't sensible...

The France 24 Observers team contacted MSA, the company that manufactures the "ALTAIR 5X Gas Detector", which is the machine used in some of these anti-mask videos. We asked a representative from the company if this machine can actually measure the level of CO2 in a mask. They responded without hesitation:

This machine is a portable gas detector that should be used to evaluate if the air is dangerous or combustible in a room or a confined space – so we are talking about much larger areas than the interior of a mask.

When you place the machine behind your mask, then the person wearing it will breathe out and displace the oxygen. This sets off the alarm. The same thing would happen if a person breathed out directly into the tube.

Because of the sensitivity of the sensors, combined with the lack of space behind the mask, there isn’t enough time for the meter to drop back down to zero before the next breath, which means the alarm just continues going off.

Another expert commented on such videos:

Kirsten Koehler, an associate professor of environmental health and engineering at Johns Hopkins Bloomberg School of Public Health, offered similar observations based on her viewing of the video. [...]

“You can also tell that the sensors don’t immediately respond to the change in concentration because they keep alarming after he takes the tube out of the mask.”

(This refers to a different video by Jeff Neff though, using the MSA detector. In Del Bigtree's video, he's adroit enough not to show what happens after the detector is removed from under the mask.)

Using more suitable equipment, i.e. a transcutaneous CO2 meter that does measure CO2 in the body as opposed to in the exhaled air, a UC San Diego video showed no clinically significant impact of mask wearing, even with 7 layered masks, albeit in a fairly short time span that the video lasts.

Now there are some NIOSH papers that discuss what effects may be seen at >2% [20,000ppm] CO2 (atmospheric) concentration, but it would take several hours for physiological effects to be noticed, according to that paper. The NIOSH indeed sets their 8-hour exposure to just 5,000 ppm, but this is quite conservative as they also set their STEL (15-minutes exposure) to 30,000 ppm (3%)--this is apparently based on submarine data. According to a 2005 review, the UK-equivalent authority had proposed only half the concentration for the latter (15,000 ppm for 15 minutes.)

Not the answer you're looking for? Browse other questions tagged healthcare public-health facemasks .

8
Does residential radon cause lung cancer?
5
Root canals cause heart attacks?
16
Is the rate of food poisoning in the USA much worse than the rate in the UK?
50
Do ibuprofen or paracetamol cause hearing loss?
35
Does wearing a face mask cause intermittent hypoxia?