Is this video authentic footage from 1952 Washington DC?

This is one of the research sites claiming its real, its also been included in many documentaries, lates of which The Phenomenon

Without any bias, objectively, never minding what the footage could be showing, is there a legitimate source of it, or can it be proven to be fake?

This is the footage remastered with colour

Despite it was explained as a digital animation, this video (here's the full sequence) was often miscaptioned and recycled out of its original context as a real footage. Nope, that was a clip created in CGI for a TV movie broadcast on British television in 2005 titled "UFOs: The Secret Evidence", known in US as "An Alien History of Planet Earth" and broadcast in 2006 on History Channel.

The account goes on to show the video was an attempt to animate the scene from this still shot which shows apparent lights in the sky above the Capitol, which is actually just lens flare from street lights (demonstrated with some geometrical reconstructions), taken in 1965: 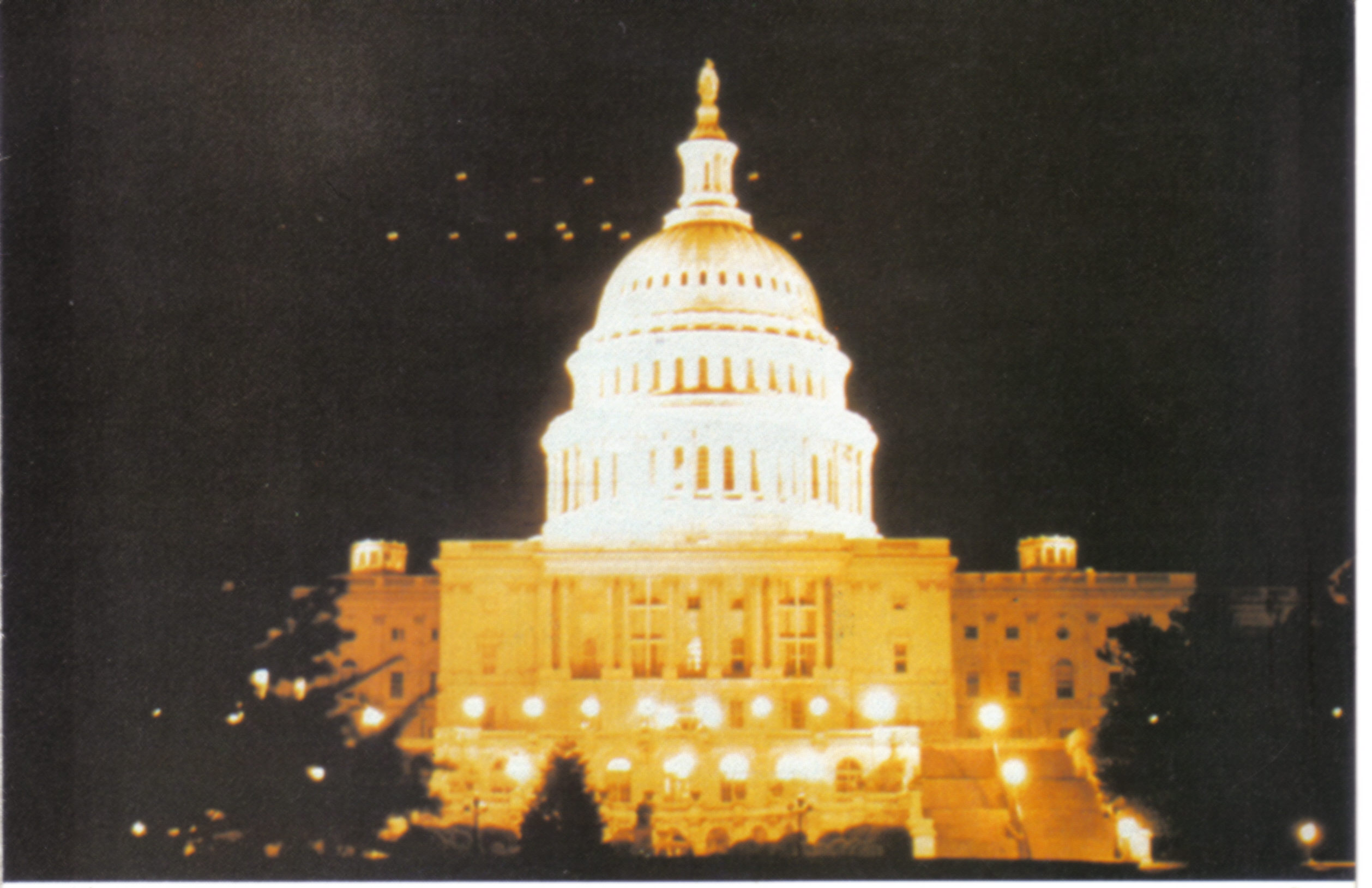 A brief examination of the building lighting differences (e.g. the statue at the top is illuminated in the still shot, but not in the video) shows the lens flare photograph and the digital animation were not merely different views of the same event in 1952.

2
Is part of Himalayan mountain Kangtega a secret base?
6
Is this a credible video footage of an unidentified flying object or unidentified aerial phenomena?