Is the loss of (15-21) million mobile users in China in part or partly linked to cover up of COVID-19 numbers? [closed]

Is the loss of (15-21) million mobile users in China in part or partly linked to cover up of COVID-19 numbers?

I am not saying all these are COVID deaths. Maybe some part of it is related/ connected in some fashion and other parts may be mobile farms etc.

Digging into these huge number of losses & if we could break them down into various major chunks, could we find evidence that links to a cover up of Covid 19 losses?

What we have to see is mobile user numbers & their (montly/weekly) up/ down stats over the last few years & wonder if "its proportionately large" enough to warrant it not just being the "other reasons but also a portion of it is related to Covid 19 numbers being covered up.

To make a yes or no assessment in either direction without due data breakdown, would be premature.

Modified question - Please feel free to merge with above.

International Business Times reported on March 29 that 21 million cell phone accounts were cancelled in the past three months, and speculates that

gives an idea that probably these closed numbers belonged to the people who died due to the disease.

While explaining the scenario in China, Tang said,"At present, we don't know the details of the data. If only 10 percent of the cell phone accounts were closed because the users died because of the CCP virus [Novel Coronavirus], the death toll would be two million."

Bloomberg also reported on March 23, 2020 that 21 million users were lost, but didn't speculate that it was caused by millions of unreported COVID-19 deaths.

Do these figures show that millions of Chinese people have been killed by COVID-19?

Active Oldest Votes
14
Want to improve this post? Add citations from reputable sources by editing the post. Posts with unsourced content may be edited or deleted.

that probably these closed numbers belonged to the people who died

That assumes that each closed number belonged to one person (or maybe two numbers per person).

In China there exists (existed?) what are called "Click farms". 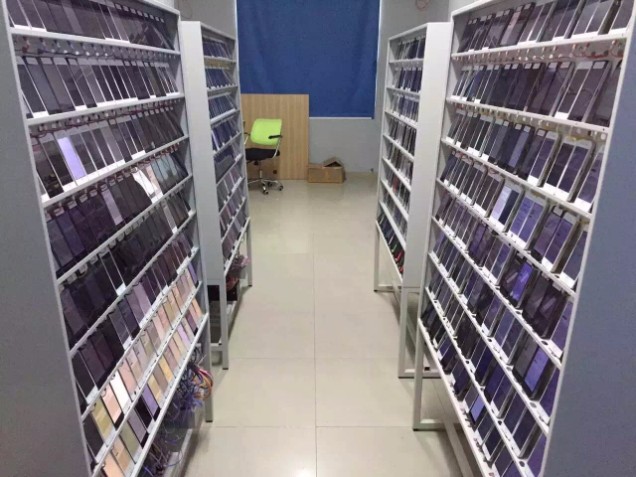 As per Yahoo Finance there can be hundreds of phones in one such Click Farm.

From a Core77 report on one Farm seized by the goverment in Thailand, we read

Now, due to quarantine and lack of ease of movements, those farms stopped working.

As you can see from the photos in the Core77 article, the bus factor was usually 1. So it didn't take much to halt their operation.

Paying to keep such amount of numbers active make no sense. Especially if the market is not in the mind to pay for such activity and picking it up again is just a matter of buying cheap SIM cards again.

There are many better explanations as to why millions of phone numbers became inactive than "the users are dead". Especially when, I assume, cancelling a phone plan is the last thing on a family's mind when one of their members dies.

possibly attributed to cover up of deaths?

No, because as the Bloomberg article you link to points out, the likely explanation is that people are canceling extra phone plans. They may no longer be able to use extra phones due to changing economic conditions or travel restrictions.

Not the answer you're looking for? Browse other questions tagged mobile-phones china covid-19 .

8
Was Mao's Great Leap Forward responsible for 30 million deaths?
46
Is COVID-19 more dangerous than typical annual coronavirus variants?
5
In response to COVID-19, as of 20 April 2020, has China provided the US with over 2.46 billion masks?