Were COVID-19 patients in Wuhan welded into their apartments to enforce the lockdown?

The Sun ran an article in Feburary 2020 covering viral social media videos purportedly showing citizens in Wuhan having their apartment doors welded shut during the COVID-19 lockdown. The wording of the article implies (without fully stating) that these actions were performed by agents of the Chinese government to enforce the quarantine on people known or suspected to be infected. 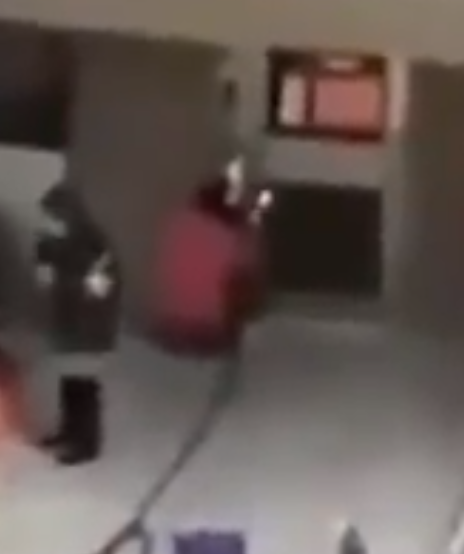 Is this an accurate description of the events in the video?

This event happened in late January, but not in Wuhan. The restriction was imposed on the accommodation of someone who had been to Wuhan. It was soon seen by the government as an over-reaction, and the metal bars used to secure the door were removed.

Two videos of the door of a suspected Wuhan homecomer were circulated on the Internet, causing concern. On January 30, a reporter from the Beijing News confirmed that the incident occurred in Lianshui County, Huaian City, Jiangsu Province. The reporter confirmed this "door-closing incident" from a person in charge of the propaganda department of the Lianshui County Party Committee, which said that the method was a little overdone in the special period, and the facilities to close the gate had been removed.

As far as I know, similar behaviour never happened in Wuhan.

You will be able to find way more sources and direct video evidence if you know Chinese.

In the first two clips in the article, you can hear the filmers were talking about the coronavirus outbreak in Chinese.

It is just a consequence of lockdown and quarantine, most likely not on every home but those who are not following lockdown/quarantine rules were welded. More Examples:

More media-free clips such as this and this. And many more can be found on YouTube with the right keywords.

Not the answer you're looking for? Browse other questions tagged china law-enforcement covid-19 .

19
In February 2020, did Tencent release accurate statistics for the Wuhan coronavirus that were 10 times the official figures?
34
Are all French citizens who go outside their home legally required to carry official papers with a reason why they are out (Covid-19 lockdown)?
40
Are deaths of patients with, but not because of, COVID-19 recorded as COVID-19 deaths in the USA?
6
Was the Wuhan Center for Disease Control & Prevention hosting coronavirus-infected bats near the COVID-19 initial outbreak?
4
Were hospitals in California half empty in April 2020 during the covid-19 pandemic?
16
Were 70 COVID-19 testing sites destroyed during the George Floyd protests?
79
Has the US COVID-19 lockdown resulted in more years of life lost than COVID-19 itself?