In 2019 GetUp! spent only 16 cents in the dollar of their donations on campaigning 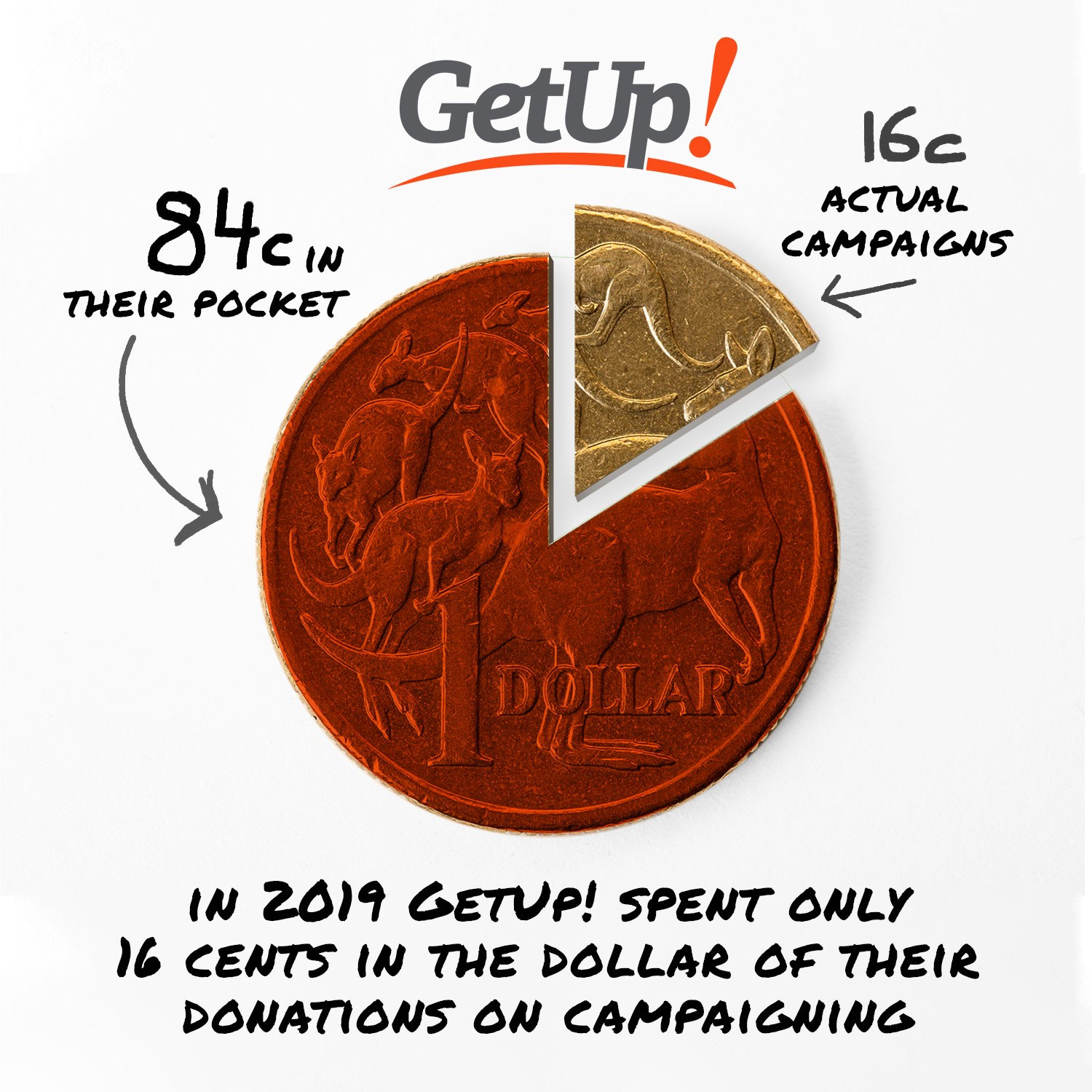 Yes... and no, depending on your definitions. 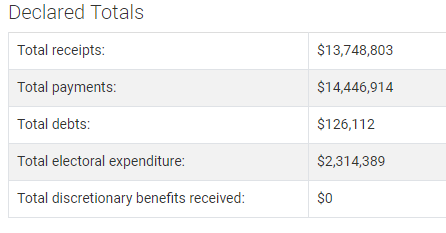 GetUp! haven't published a 2019 annual report. If we look at last year's FY18 annual report, we find this explanation:

GetUp’s expenditure in the 2017-18 financial year was $10,230,453. Of this, 15.5% was for administrative costs, allocated to accountancy and legal services, amortisation, administrative staff and associated expenses, bank charges, rent and outgoings, filing fees, and insurance. 84.5% of our expenditure was related to campaigns.

So, GetUp! argue that the strict definition used in the AEC returns doesn't reflect the true situation. They are far more efficient than this picture paints.

It describes the donations in Note 4:

But donations weren't their only revenue. They made an additional $804,600 in other income.

(Should this be included in the calculation? Based on the exact claim, no, but perhaps it would paint a fairer picture if the answer was yes.)

So, by these figures, GetUp! still seems rather inefficient (which is the implicit claim).

It is difficult to see from the Financial Report directly where GetUp!'s figure of 84.5% (for FY18) comes from, but clearly they include a large proportion (or all) of the employee benefits as related to campaigns.

It is also difficult to see where the reported AEC figures come from, but they clearly use definitions different to the values that are normally recorded in financial statements.

This boils down to an argument in definitions, with Advance Australia choosing a particularly strict definition, which makes GetUp! look far less efficient than GetUp! have historically claimed.

14
Do astroturfing campaigns target news sites and political discussion boards?
25
Did Canada go from 2.5 million protected lakes and rivers, to just 159?
12
Did a Paul Ryan affiliated SuperPAC campaign to elect Democrat Conor Lamb?
16
Is this heart transplant denial letter from an insurance group?
2
Did Dr Ulrich Mellinghoff Suggest 140Km/h would be a safer limit on Australian roads?
69
Is low emotional intelligence associated with right-wing and prejudiced attitudes?
31
Has Boris Johnson ever referred to any of his opponents as "traitors"?
3
Have Australia's emissions fallen to the lowest level since 1990