From the Daily Mall

Massachusetts Democratic Senate candidate Elizabeth Warren is yet again in hot water after new allegations have surfaced that she plagiarized her 'Cherokee' recipes in the book Pow Wow Chow from the New York Times and other publications.

The first and most significant error is the incorrect claim that Warren "published" the book, a claim which no one has made other than social media sources. It was actually the "Five Civilized Tribes Museum" that published it. The cookbook was edited by Warren's cousin, Jayne "Candy" Rowsey (1932-2002). Pow Wow Chow is still available today from the website of the Five Civilized Tribes Museum.

According to a 2012 Boston Herald article, Warren's campaign team cited Candy Rowsey's involvement with the museum as proof that she was really part Cherokee. The claim that the cookbook contains “recipes passed down through family members" can be sourced to a former museum volunteer quoted in a subsequent Herald article, as no direct quotation from the cookbook can be found.

Warren was indeed presented as Cherokee in the text of Pow Wow Chow. However, there is no text saying that this is Warren's own claim to membership in the Cherokee tribe. Conceivably the tribal affiliation could have been added by her cousin. This two-page spread shows that her cousin appended a tribal affiliation to every contributor. 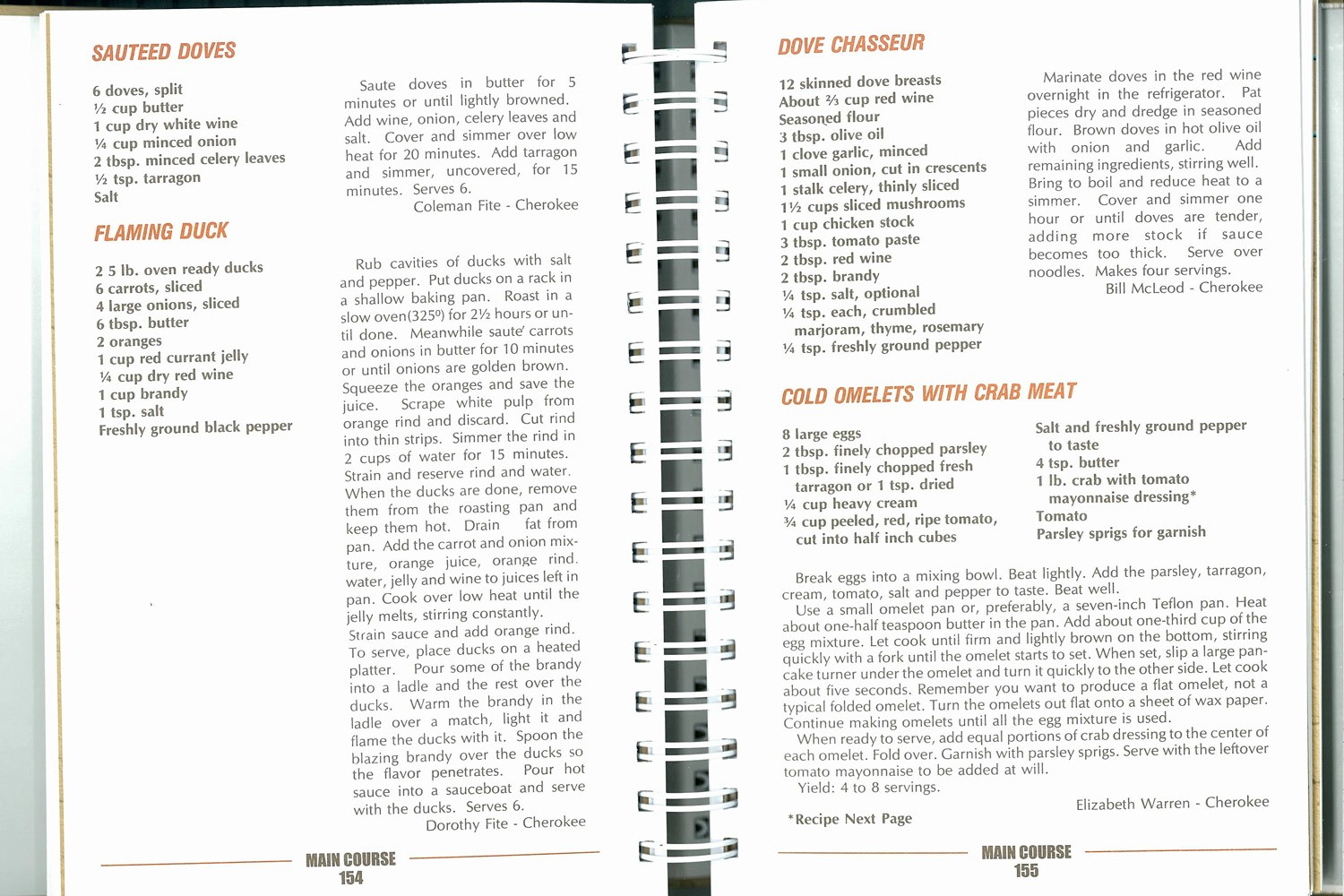 On page 156, Candy Rowsey's name appears next to Warren's. On the page opposite is her brother-in-law, Paul Rowsey (1926-2001), who is remarkably also listed as Cherokee. 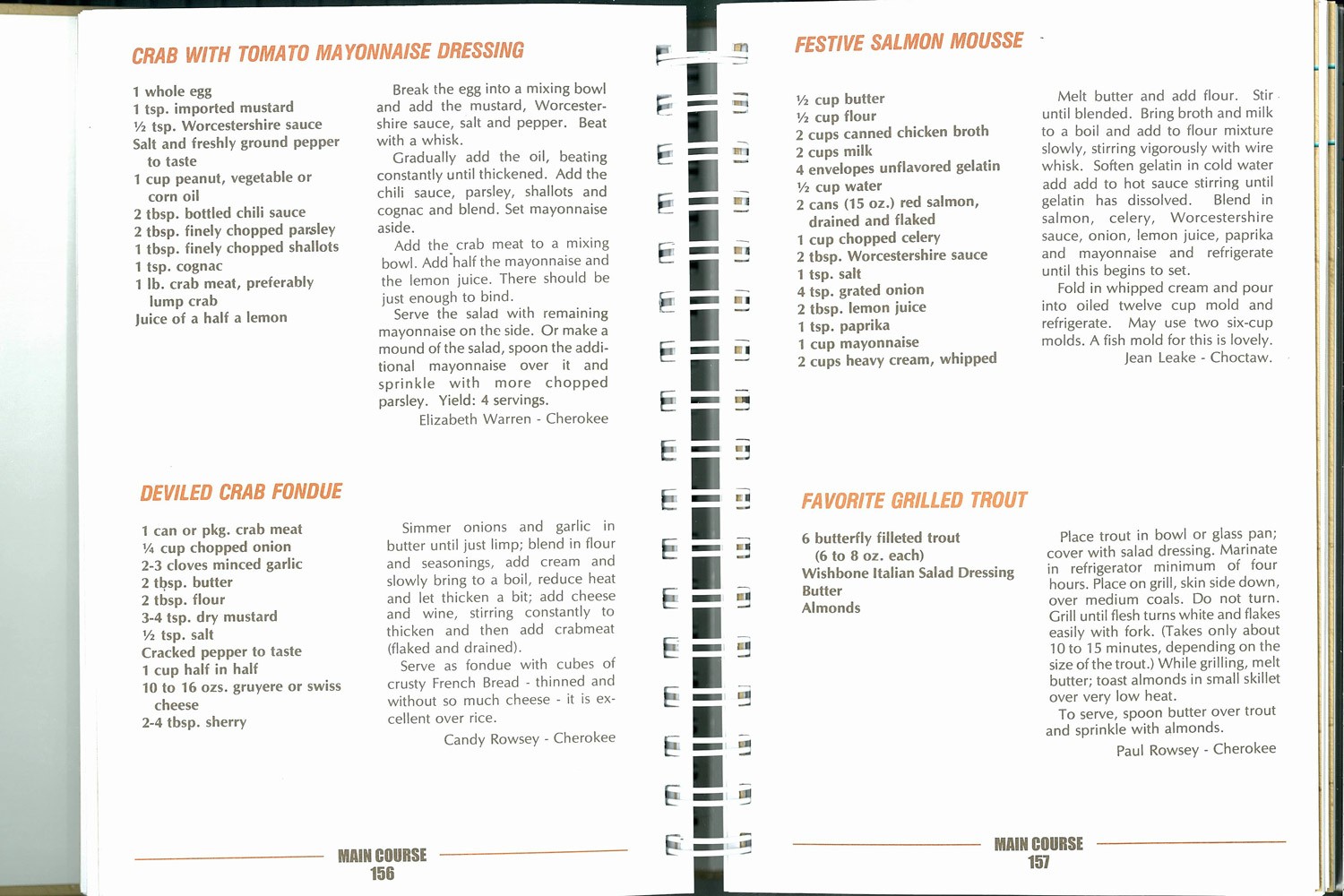 It is true that these recipes were found nearly word-for-word in earlier sources: in 2012, Breitbart observed that Warren's recipes are identical with earlier recipes found in newspapers. However, because relevant sections of the book have not been reproduced, it is unclear if Pow Wow Chow actually claims to be "handed down from generation to generation" or if this is simply a collection of recipes contributed by a group of Candy Rowsey's acquaintances. No one has produced a quotation from Warren claiming to have invented or inherited the recipes she contributed. There is no copyright on recipes so simply copying a recipe from a newspaper, without claiming it to be your own work, does not constitute plagiarism.

17
Did Texas ban tampons and diabetes supplies from the Senate Chamber while allowing guns?
1
Did Republicans cut the budget of NIH and CDC in years leading up to Ebola?
32
Did the Mexican Government publish a manual for how to illegally enter the US?
22
Did Saul Alinsky dedicate a book to Lucifer and act as Hillary Clinton's mentor?
9
Did Michelle Obama create a policy at the University of Chicago Medical Center that was called “close to 'patient dumping'”?
30
Did Republicans select a nazi, neo-Confederate, pedophile, and pimp as general election candidates?
7
Did Senators Sanders and Warren support Section 232 tariffs on steel and aluminum?
45
Did the Smithsonian publish this infographic about 'whiteness'?