Are the Australian bushfires in the same path as a proposed high speed rail line?

Is it true that a proposed high-speed rail line is in the path of the brushfires? 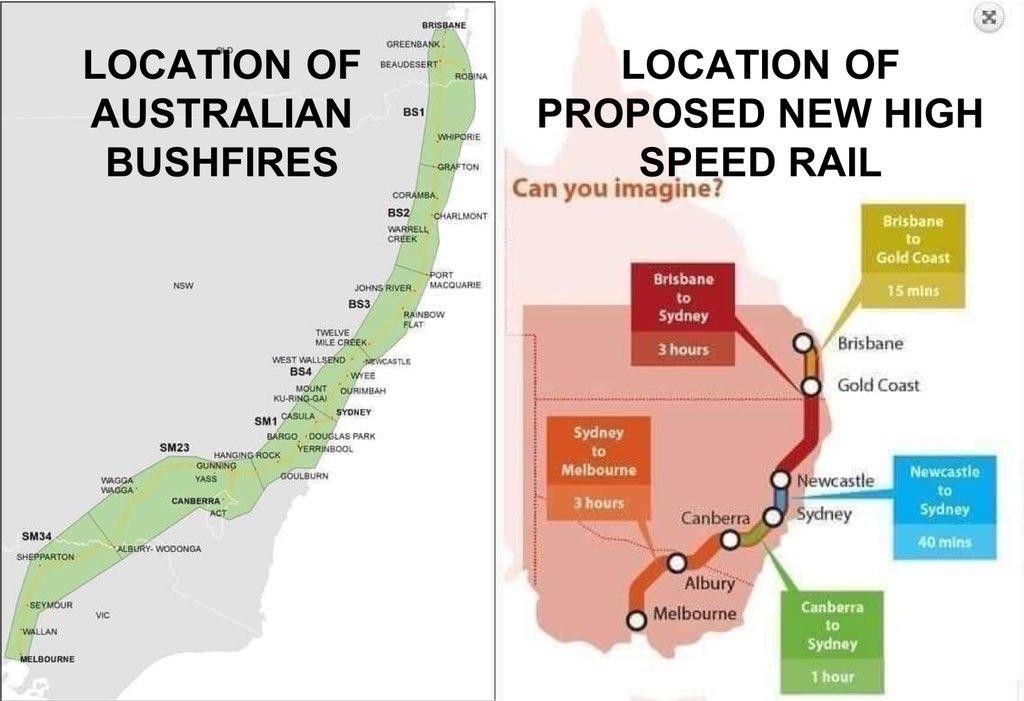 Initially, I wrote that this was just silly, but now I see it is worse than that. It is tautological.

Map of rail route on the right.

Perhaps the funniest idea of this conspiracy theory is that there is a single, cohesive proposal for a new high speed rail link between Brisbane and Melbourne, rather than a political quagmire.

The Wikipedia page on High Speed Rail in Australia lists a set of competing proposals that successive Australian governments (and their Prime Ministers), New South Wales governments and Victorian governments have proposed.

Working backwards we can see in the past 5 years alone, there have been:

Prior to that, the Prime Minister was Tony Abbot was elected with policies that promoted road-building over rail projects.

The closest I have found to the source of the map is this unsourced Reddit post from March 2014.

The map has been somewhat stylized - e.g. Brisbane has been located further North than it actually is - closer to Gympie - which makes the comparison between maps more difficult.

Fire Map on the Left

MyFireWatch offers maps of the area of Australia burnt in 2020 (i.e. the last 14 days): 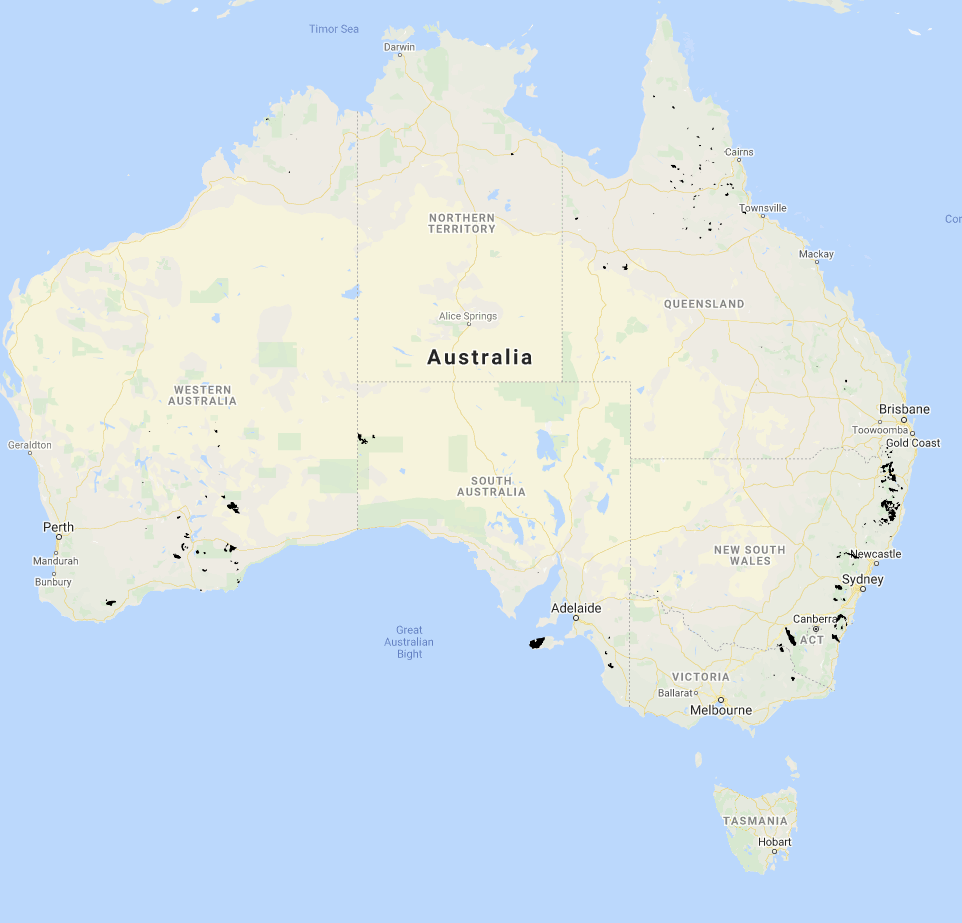 and the area of Australian burnt in 2019 and 2020 (i.e. this fire season to date, and the last half of the previous fire season) 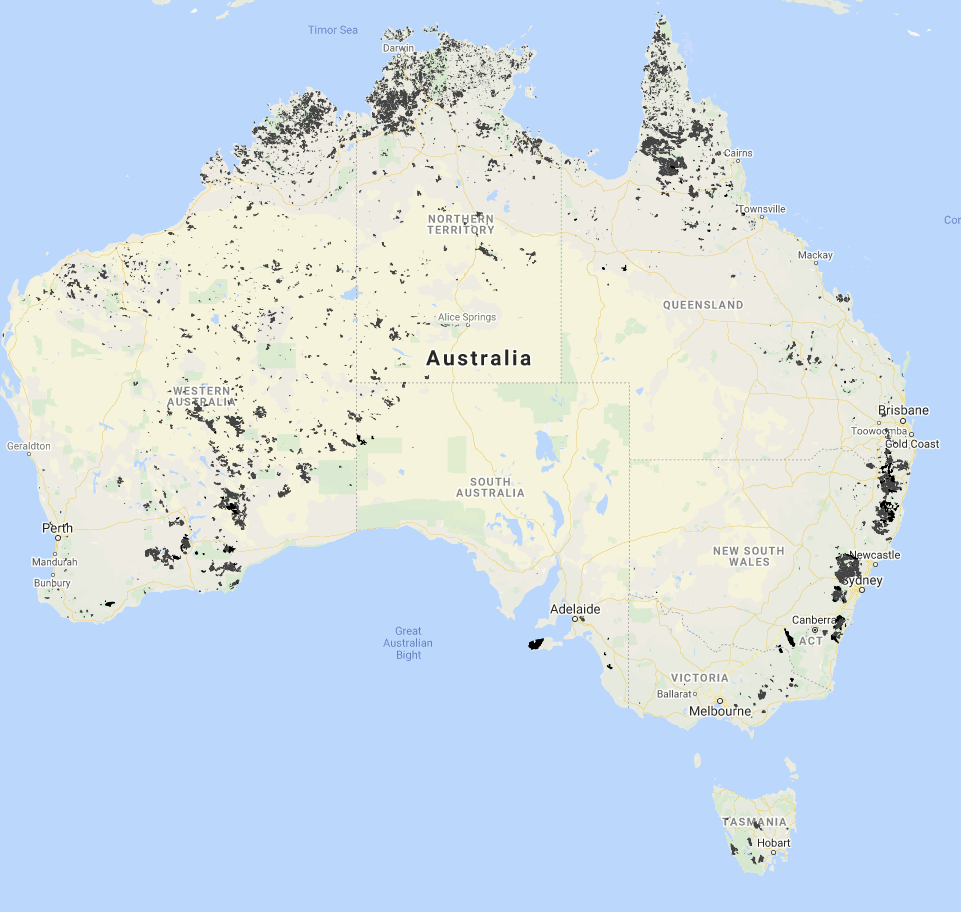 These actual fire maps don't match the map of fires in the claim very well - they better match areas where there is bush to burn.

But wait, I found the source of the map of fires... ... it is a picture of the recommended High Speed Rail Corridor from the 2013 High Speed Rail Study Phase 2 - which was wound up by the then-new Prime Minister Abbott in late 2013.

So, the two diagrams both show long-forgotten plans for a High Speed Rail corridor - no wonder they look so similar!

Not the answer you're looking for? Browse other questions tagged climate-change australia transportation .

5
Does the Australian Government provide more pension to refugees than the elderly?
2
Did global warming cause temperatures to drop because of polar vortex episodes?
15
Do blue lights on railway platforms reduce suicide?
83
Did NOAA publish a fake map with temperature data it doesn't have?
8
Will the new Royal Adelaide Hospital have a Muslim-only prayer room while other religions share?
30
Was Greta Thunberg unable to find a seat on an overcrowded train?
3
Are there currently more large fires in Africa and South America than the rest of the world?