Does this image show General Soleimani with American troops?

VeteransToday (amongst others) have shown this image, and claimed it shows Iranian General Soleimani who was recently killed by US drones with American Troops: 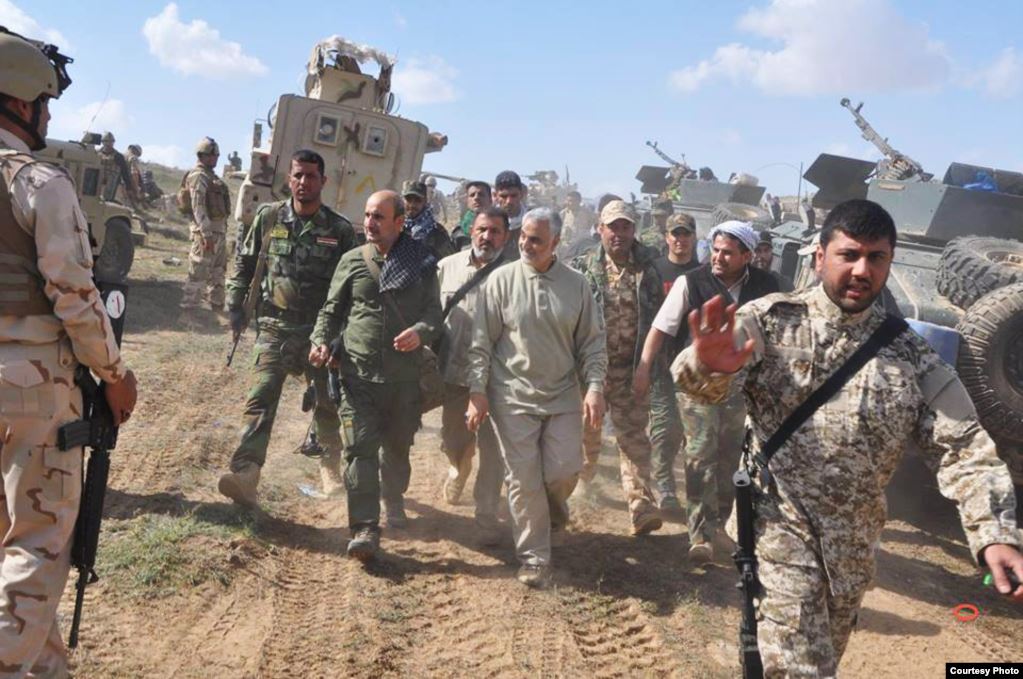 This version of the image is from RadioFreeEurope RadioLiberty, January 03, 2020 where it was captioned:

Soleimani personally oversaw dozens of operations by Iran-backed militias in Iraq and Syria.

It also appears in the International Business Times, August 26, 2015 with the caption

I think these "Iraqi troops" would be the "Iranian backed militias".

Veterans Today captions the image as

Does this image show US troops?

15
Was McCarthy directly involved with the House Un-American Activities Committee (HUAC)?
56
Does the average American unwittingly commit three felonies a day?
15
Does Ebola pose "little risk to the U.S. general population"?
20
Was this image used in an anti-rape advertising campaign?
10
Does this video show the US arming Islamic State?
30
Does this map show every car bomb explosion in Baghdad since 2003?
8
Are the voting figures correct in this image about historical US decisions by party?
1
Does US American beer contain animal products?