Did someone forge Representative Elijah Cummings signature on subpoenas?

There were claims on social media (e.g. Oct 18, 2019 tweet) that two subpoenas, ostensibly signed by Representative Elijah Cummings shortly before his death, had a forged signature.

This story was picked up by sites like Gateway Pundit. 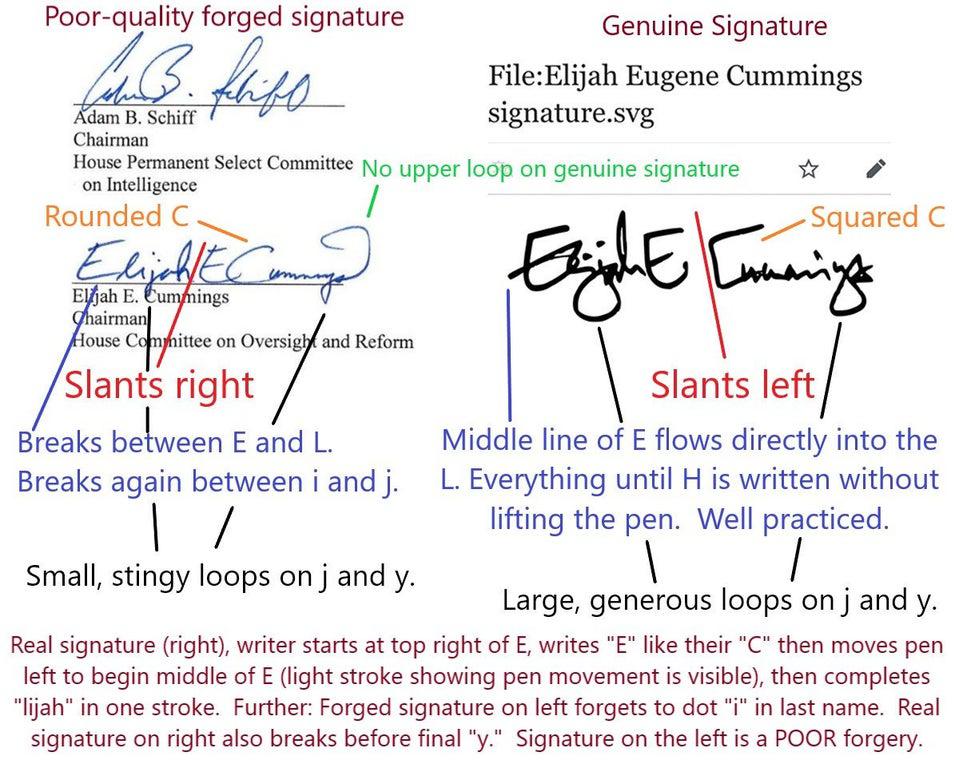 Per some quick googling, it is legally permissible to allow a third party to sign your name for you. There are some specific legal hoops to jump through, but I doubt that a Congressman's staff wouldn't jump through said hoops.

Cummings had longstanding health complications prior to his death, and had been hospitalized before. He'd been diagnosed with cancer since 1994, and had lived with its effects until his death. It is very likely that he allowed a fellow member of his party to sign the bill in his stead, which is completely legal, when he was unable to sign it in person. Given the extremely divided nature of these subpoenas, I think it is reasonable to believe that he would have been comfortable stating that his vote should go with the majority of his party in the event that he had to vote through a proxy.

It's difficult to find a source conclusively stating one way or another, but given the fact that the subpoena aligned with the statements that he made on Capital Hill, I think it's reasonable to conclude that he simply granted the power of signature to someone he trusted while he was hospitalized or otherwise indisposed.

5
Did someone using a private jet tell Americans their expectations are too high?
2
Did Elijah Muhammad admit having extramarital affairs with young Nation of Islam secretaries?