Did the US push the Kurds to lower their defences against Turkey in the months preceding the latest Turkish military operation against them?

Analysts such as Bowman say part of the outrage is driven by the fact that "we would have not defeated ISIS' Caliphate ... without their help" and that the Kurds had just recently lowered their defenses, trusting the US to protect them from Turkey.

Since August, the US has been pushing the Kurds to dismantle their defensive fortifications and pull back their troops along the border that Turkey is now attacking as part of a "security mechanism" framework. The goal was to appease Turkey enough so they wouldn't invade. Kurds agreed to participate "presumably because they trusted the US to restrain the Turks diplomatically," Bowman said.

Note that CNN attributes this versions of events to an analyst, so CNN doesn't fully put their own editorial weight behind the (attributed) statement. So what evidence exists that lends credence to this claim?

The best I could confirm from official sources is this US CENTCOM tweet:

Within 24 hours of the phone call between U.S. SECDEF and Turkish MINDEF to discuss security in northeast Syria, the SDF destroyed military fortifications, Aug 22. This demonstrates SDF's commitment to support implementation of the security mechanism framework.

See this article which includes pictures of the removal of fortifications. 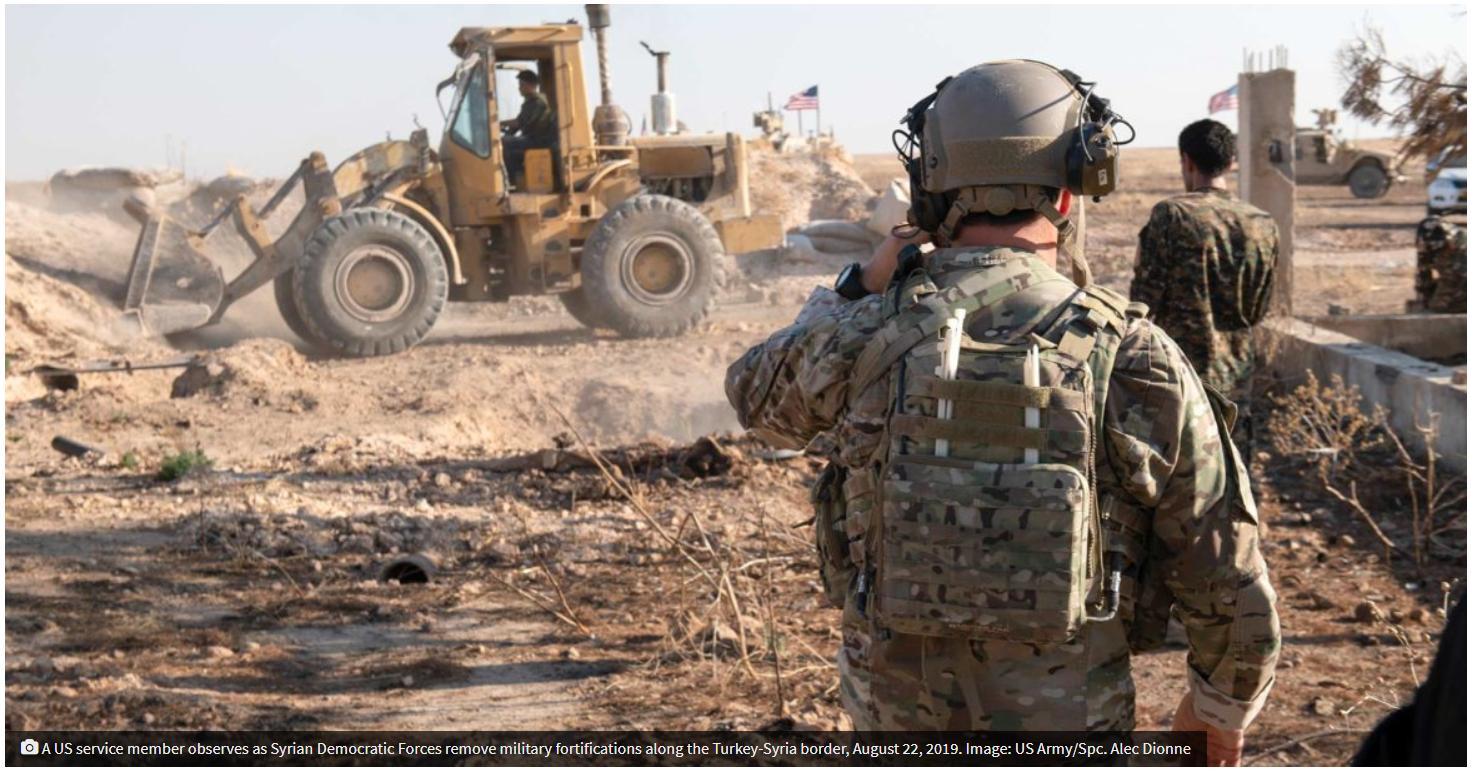 A joint statement by the Turkish defence ministry and the US embassy in Ankara said the two sides had agreed to set up the Turkey-based operations centre "as soon as possible" and that the safe zone "would become a "peace corridor", without providing futher details.

the SDF said they were withdrawing as much as 17km into the Syrian territory.

Not the answer you're looking for? Browse other questions tagged united-states military turkey kurds .