Will global warming save millions of lives?

The Telegraph reported in 2009 that:

Global warming will save millions of lives

Global warming will increase the burden on the British health system because more people will suffer from heat-caused illness. This was the message delivered to a conference in Copenhagen this week by Alistair Hunt, a researcher at Bath University. "I am trying to bring home the impact of climate change to everyone," he said.

There is one significant impact that the researcher did not "bring home" in interviews about his work: warmer temperatures will save lives.

Are these claims consistent with other research on the net balance of lives saved/lost due to global warming?

Note: there is a related (and vague) question here, in which the OP (not the source cited there) just posits that we need to consider lives saved. I'm asking here about the plausibility of a specific claim on lives saved by global warming, as highlighted in the quote above.

I'm still not sure what the "Keatinge studies" refers to exactly, but in a more recent (2018) study from the Impact Lab, the net picture looks different. The (net) mortality risk under global warming is lower in some areas and higher in others. Northern region see a decrease very much like in other models of the cost of climate change [which extend beyond mortality]. 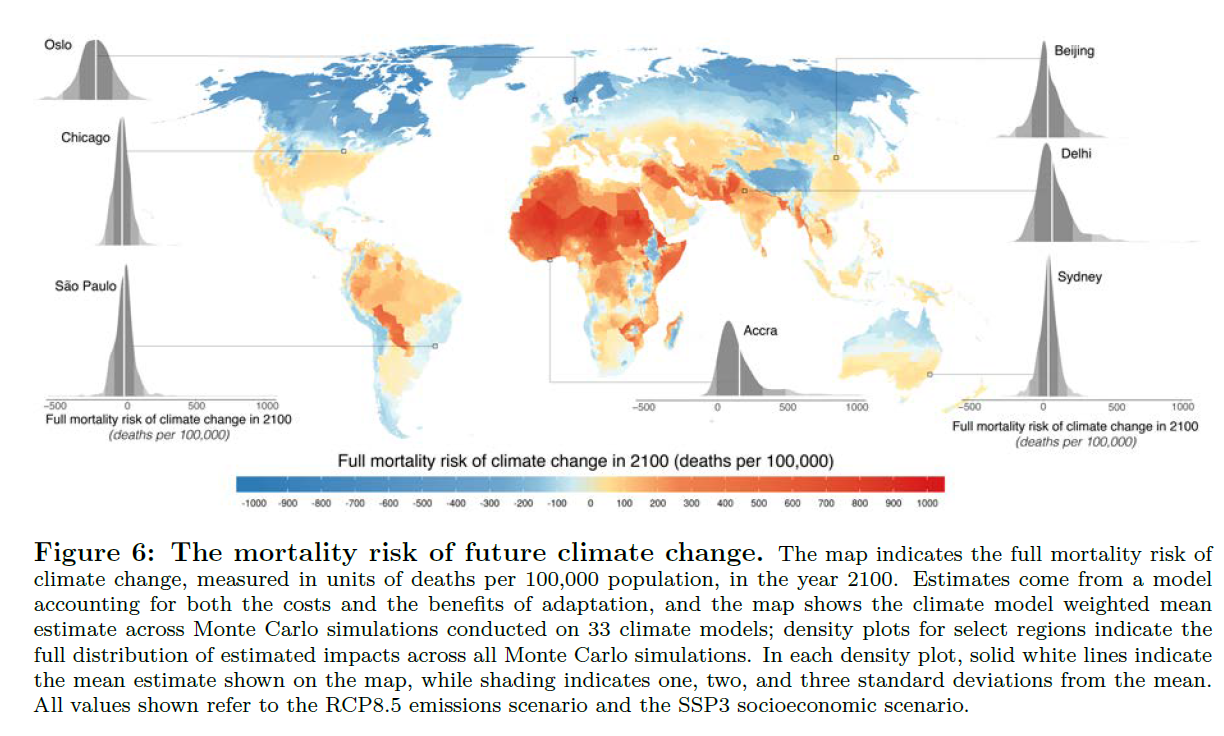 However the overall world-wide assessment is negative, i.e. at world-level net mortality increases in this model. 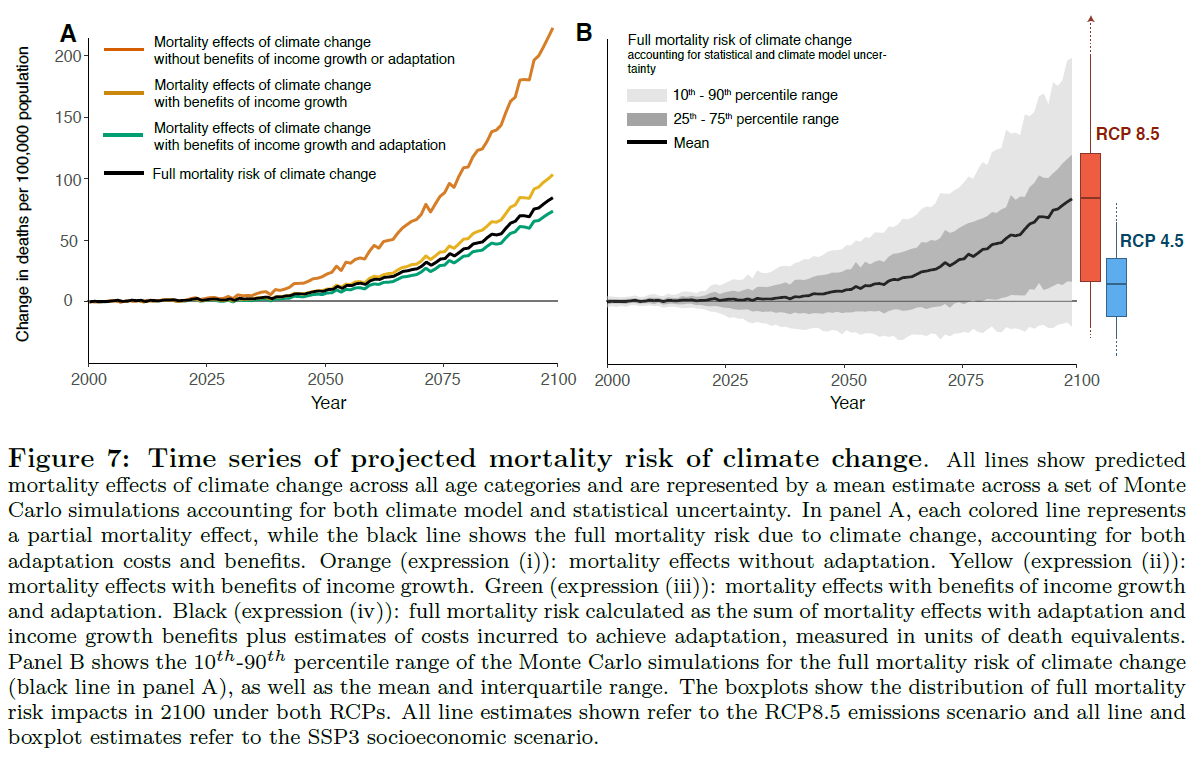 So, I'll just say that at the very least, there's no agreement that global warming will save lives everywhere. The more recent models I found point to a net loss overall.

As with other paper that estimate the cost of climate change, the methodology in this 2018 one is quite complex. If you're skeptical about the methodology or the findings of this 130-page study, please ask a separate question about it.

Finally, I'll quote a bit of their executive summary on this paper:

Even after accounting for adaptation, an additional 1.5 million people die per year from climate change by 2100 if past emissions trends continue. For comparison, road injuries killed roughly 1.4 million people worldwide in 2016, and diabetes, ranked as the seventh leading cause of death worldwide, killed 1.6 million people in 2016. These projections include net gains in many regions of the world where lives will be saved from fewer cold days.

Extreme heat is measurably deadlier for the poorest third of the world, and the decline in cold-related deaths does not offset the harm caused by temperature rise. Higher incomes make societies more resilient to extreme heat, allowing people to make a range of protective investments, including in air conditioning and better building insulation. But for the most vulnerable developing countries, even optimistic economic growth projections do not provide complete protection. The findings show warming caused by an additional ton of CO2 harms 72 percent of the global population, while the rest benefit on net, primarily due to a decrease in cold days.

Fizz's answer covers the question nicely, but I think it's worth mentioning that the Telegraph article appears to confuse three different things :

1) Global warming (a change in the mean global temperature)

2) Climate change (a variation in the prevailing conditions in a specific location), and

3) Weather (what it's doing outside)

In high latitudes (for example Alaska and the Northern US), global warming (and in particular sea surface temperatures) has led to a greater moisture content in winter air, which has led to increased precipitation which often falls as snow. Once snow has fallen, the local albedo will be greater, and less of the sunlight falling during the day will be retained as heat. This means that some places will experience harsher winter weather at specific times of the year as a result of the world becoming warmer on average, and irrespective of the local area becoming warmer when taken as an annual mean.

It's not global warming that kills you - it's the weather. But as global warming leads to climate change, which affects the weather, it's not an unreasonable link - though it might affect mortality in a different way to that suggested in the article.

7
Is climate change already killing people and costing billions in the USA?

9
Does climate change mean that weather becomes more variable in addition to being warmer?
2
Will a warming world directly damage human health?
8
Are glaciers melting?
3
Will reducing atmospheric CO₂ reverse the effects of climate change over a few decades?
13
Is avoiding global warming by preventing CO₂ emissions far too expensive compared to geoengineering or adapting to a warmer world?
13
Are fossil fuels making the world greener?
14
Is climate change currently good for the world economy?
7
Are the latest estimates of the cost of climate policy five time higher than the projected benefits?