Was the modern Santa Claus created by CocaCola?

Is it true that the Coca-Cola company is responsible for the creation of the Modern Santa Claus? e.g. as seen in the attached image 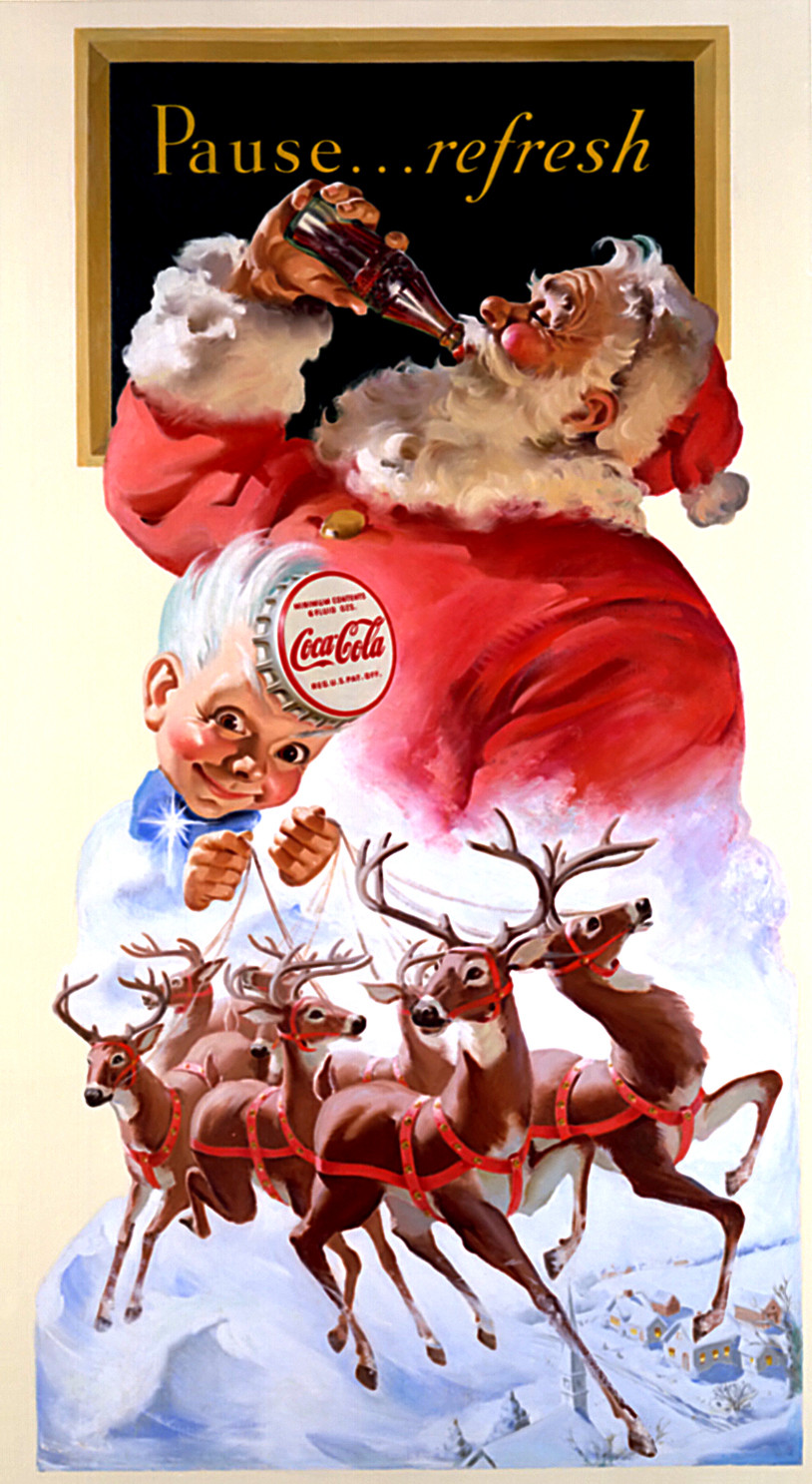 Here is what the Coca Cola Company says:

It's a common misconception that Santa wears a red coat because red is the color of Coca-Cola. 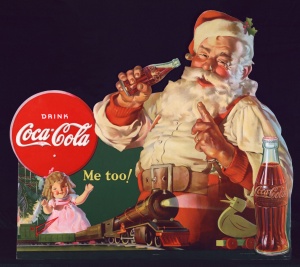 In fact, Santa appeared in a red coat before artist Haddon Sundblom painted him for Coca-Cola advertising.

The Civil War cartoonist Thomas Nast drew Santa Claus for Harper's Weekly in 1862; Santa was shown as a small elf-like figure who supported the Union.

Nast continued to draw Santa for 30 years and along the way changed the color of his coat from tan to the now traditional red. Though some people believe the Coca-Cola Santa wears red because that is the Coke® color, the red suit comes from Nast's interpretation of St. Nick. 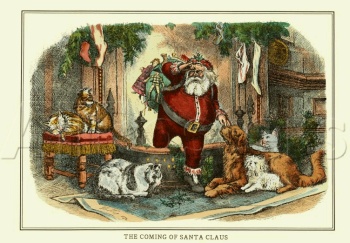 The Coming of Santa Claus by Thomas Nast

All this isn't to say that Coca-Cola didn't have anything to do with cementing the modern image of Santa Claus in the public consciousness.

In an era before the advent of television, before color motion pictures became common, and before the widespread use of color in newspapers, Coca-Cola's magazine advertisments, billboards, and point-of-sale store displays were for many Americans their primary exposure to the modern Santa Claus image.

11
Were modern Japan customs for Valentine's Day and White Day instigated by retailers?

15
Was McCarthy directly involved with the House Un-American Activities Committee (HUAC)?
46
VHS vs Betamax: How influential was the pornography industry in the format war?
51
Is Christianity responsible for the scientific method?
12
Was Einstein's riddle (the zebra puzzle) created by Albert Einstein?
20
Was Hitler a vegetarian?
11
Did William T. Thompson design a flag with explicit white supremacist symbolism, which was adopted by the US Confederacy?
9
Were modern wheat varieties specifically selected because it was less nutritious?
4
Did archeologists find radioactive skeletons in Mohanjo-daro?