Are 1 in 6 deaths in the USA due to lead exposure?

About one in six death in the USA is due to lead exposure. Lead accumulates in your body over time and significantly increases your risks of cardiovascular diseases, among other bad things. There are chelation therapies to lower your lead levels, but they are not in wide use even though it is surprisingly effective at improving the health of some sick people.

of 2.3 million deaths every year in the USA, about 400 000 are attributable to lead exposure

Contrary to another answer, the article says:

All models are adjusted for... household income

So it is reasonable to say 1 in 6 based on that article.

On the other hand, the Lancet also published a rebuttal article Environmental exposure to lead: old myths never die (August 2018).

There are massive problems with any of these correlational studies. For example:

No study has ever controlled for this, as you can see claimed in a review from 2017:

One shortcoming of this study is that I only observe the association, and not the causality, between air pollution and life expectancy

Although not specific to lead, the problem applies regardless. There is simply no way to disentangle the variables because poorer neighborhoods will always be in more Industrial areas, so there is no way to separate the effects of poverty and pollution. Of course they could examine it, they just haven't.

The best research available is inconclusive.

Finally, and perhaps most importantly, although we adjusted for an extensive array of potential confounders, we cannot exclude residual confounding that might result in an overestimation of the effect of concentrations of lead in blood, particularly from socioeconomic and occupational factors that were either not measured or measured inadequately. Yet, the shape of the dose-response argues against confounding to account for our results because the confounders, which are correlated positively with amounts of lead in blood, are found primarily in the highest risk groups (table 1); the steepest increase in risk occurs at the lower concentrations of lead in blood.

Their "income control" is a single variable reflecting household income above $20,000. They also only controlled for high school education, which is fairly irrelevant as 76.2% of them graduated. They also did not specify how they measured education, such as if a GED was included. Even if they could control for these, they are abstract and meaningless.

They did not control for occupation (lead factory workers presumably having more lead and lower status), parental status, or anything resembling a proper status measure. If you are going to measure status then there are a wide variety of ways to do this, of which they used weak measures.

Additionally, they only measure concentration of lead in blood, not lead exposure, the relevant variable. This is like saying water causes a clogged toilet, because clogged toilets have water in them. You are measuring an inability to remove waste and not exposure to the waste.

Furthermore, their effect size goes down 85% when controls are added as shown. 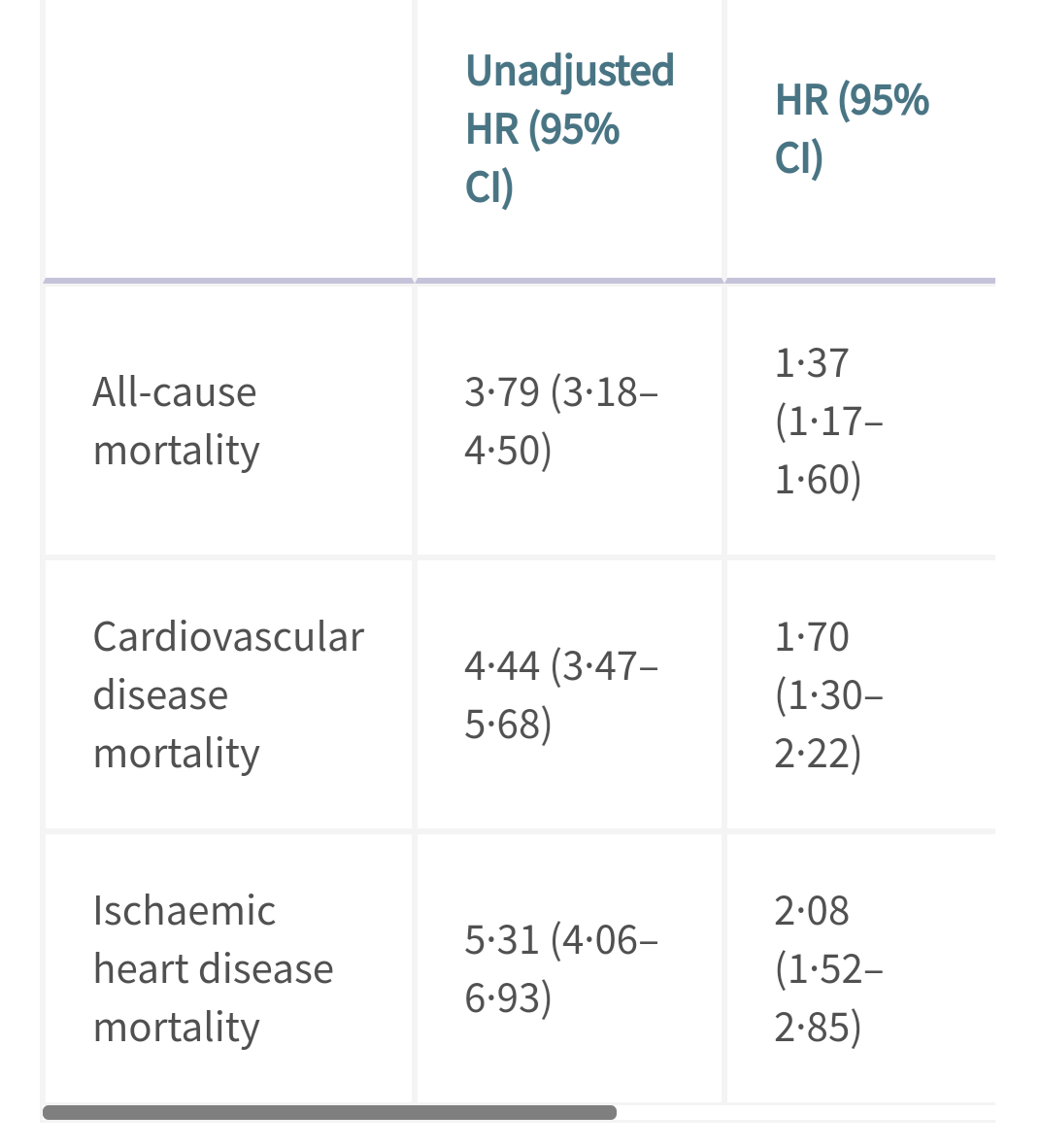 Lastly, they say every 5 micrograms per deciliter of lead doubles mortality, and hundreds of thousands die from this. This is about 500 micrograms total dose That means 5 milligrams would kill everyone, which is less than nibbling a pencil. An actual lethal dose of lead is around 50 grams, which is thousands of times higher. If we scale this to their supposed 400k deaths the real deaths from lead would be around a dozen people.

So given that the single most reputable study isn't able to prove their point it's dubious you'll find evidence. The study's conclusions simply aren't mathematically sound.

Not the answer you're looking for? Browse other questions tagged lead .

8
Can I run barefoot without worry about exposure to lead, or tracking it in the house?
22
Is lead exposure responsible for the rise and fall of violent crime in the US?
24
Did lead poisoning contribute to the fall of the Roman Empire?