Many bars rinse a beer glass immediately before serving. I've consulted with bartenders and Google, and there's some confusion about it. Some sites claim it reduces foaming.

Another perk is that beer pours better onto a wet surface than a dry one as the friction of a dry glass can cause CO2 to come out of solution and create foam. source

When you rinse a beer glass, it becomes more slippery, and there’s less friction when beer fills it. This allows a more even, clean pour and a substantial, fragrant head. source

I'm skeptical of both claims. If water on a glass affects foaming, one might reasonably expect that the first drops of beer on the glass would have the same effect.

In 1953, a paper looking at some of the factors involved in beer foam answered this question almost as an incidental aside.

The main experiments described monitoring the CO2 emissions of beers and carbonated water over time, and the effect of bubbling CO2 through the liquid.

However, in the discussion section, the author slips in a description of another experiment.

Practical considerations in the serving of beer—effect of drying the glass.—The presence of bubble nuclei in glass of beer depends, as has been described, on the glass being imperfectly wetted. The wettability can be reduced by coating the glass surface with hydrophobic substances, such as silica or paraffin wax, but this is obviously not practical possibility in serving beer. An important practical consideration is, however, that the glass should be dried, because it is then less completely wetted than glass still damp from rinsing, and the evolution of carbon dioxide after pouring is correspondingly more brisk. In an experiment carried out to demonstrate this, two half-pint glasses, one wet, the other dry, were filled from the same bottle of pale ale. The concentration of carbon dioxide in both glasses immediately after pouring was 0.30%. After 30 min. there was no detectable loss of carbon dioxide from the wet glass, but the concentration in the dried glass had fallen to 0.24%. This was sufficient to maintain slight head, whereas there was no head on the beer in the wet glass.

[...] 3. The rate at which carbon dioxide is lost depends on the extent of bubble formation; this depends on imperfect wetting of the glass surface and it is therefore important that glasses in which beer is to be served should be dried.

Whether you agree with the tastes of the author in how much head is desirable on a beer, their experiment confirms that wetting a beer glass does change the foam characteristics.

Yes, it reduces nucleation on the surface of the glass; reducing foaming below the head. Bubbles under the head rise and enter the head altering the size of the bubbles there, larger bubbles in the head pop and drain further reducing the foam on top.

If you want your head to last you want it to be composed of a thinner layer of fine bubbles rather than be any thickness with larger bubbles.

Too much foam with larger bubbles leads more quickly to too little foam. The image on the right is proof that the glass was clean when filled.

"Bubble formation and size
Despite beer being supersaturated with carbon dioxide, bubbles will not form spontaneously unless nucleation occurs (Figure 1.2), promoted by a particle, fiber or scratch in the glass (Prins and Marle, 1999) or the dispense mode, be that tap (Carroll, 1979) or bottle (Skands et al., 1999). These nucleation sites should ideally be small to create smaller bubbles that create foam that is most appealing to the drinker (Bamforth, 2004a). A desirable attribute of nitrogenated beers, due to the lower partial pressure of nitrogen gas compared to CO₂ is the production of much smaller bubbles (Carroll, 1979 ; Fisher et al., 99). Such principles are applied in the use of nucleated glassware such as the “headkeeper” style (Parish, 1997) or as a partial function of widgets (Brown, 1997 ; Browne, 1996) which will be discussed later in the chapter. Finally, the control of dispense angle and low dynamic surface tension leads to smaller bubbles with a homeodisperse size distribution, which results in the desirable “creamy” foam characteristic (Ronteltap et al., 1991). 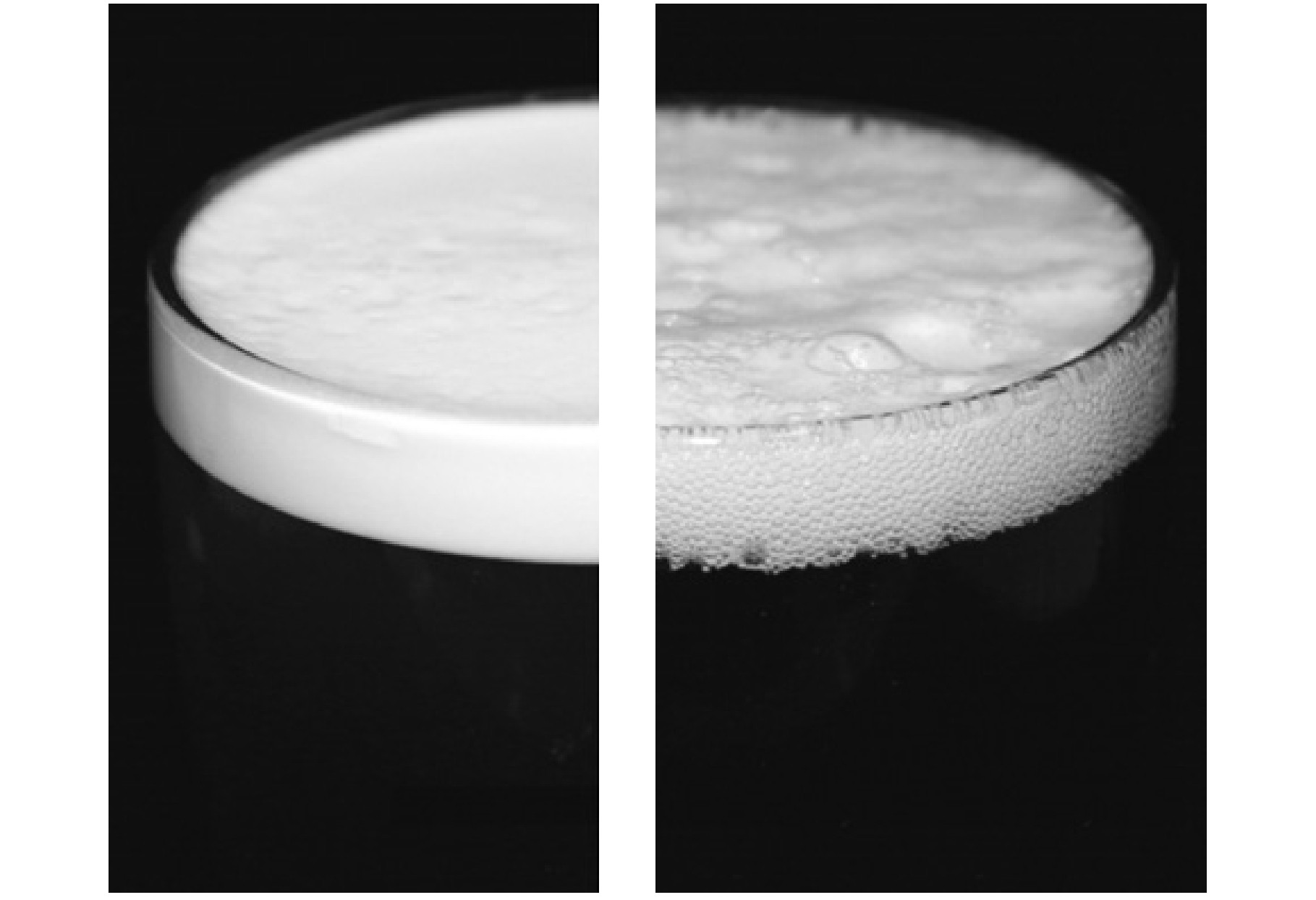 Figure 1.17 Comparison of the foam bubble size of nitrogen vs. CO₂.

Some brewers offer specific pouring instructions that show use of a dry glass, that is their choice and doesn't change physics:

Other brewers recommend a wet glass:

If a glass wasn't clean and dry why would you put it in the cupboard, who would leave it out when it's wet, mouth up, to collect dust and debris. Glasses go face down on a drying table after washing and into a chiller after drying. Sometimes places have regulations requiring that the disinfection stage go last, in which case it's necessary to spray the inside with clean water immediately before use. Through chillers (door front and back) and lots of customers ensure that glasses aren't sitting around for long.

Different beers have different foaming characteristics, different parts of the world and different bars therein have different standards and customs. Some brewers want their beers served with more or less head than others and using their glasses. As pointed out in Bamforth's book, there's a 287 page explanation on foam alone.

If water on a glass affects foaming, one might reasonably expect that the first drops of beer on the glass would have the same effect.

With the wet glass technique the entire inside of the glass is sprayed with non-carbonated water, all nucleation points are wetted and dust or detergent (that should never have been present) is removed.

With the dry glass technique the "first drops of beer" are carbonated (and sometimes nitrogenated too) and pass over dry glass exposing carbonated liquid to nucleation points on the glass. That permits CO₂ and N₂ to be released beneath the head. With N₂ there is less of an increase in bubble size and less draining, with CO₂ that's not the case.

Yes. See above, Bamforth's book quotes many papers and other books.

I don't think that is what they are saying. They say that the pour is clean and that the glass is cooled.

Point of interest: The second quote with a bit more context is:

"However, you might be asking yourself, “Why doesn’t the bar just prepare clean glasses beforehand? Why rinse them right before serving me my beer?” Well, the glass cleanser [star cleaner] doesn’t give your glass a thorough cleaning. Rather, it’s used to blast away away lingering dish soap, or other crud that accumulates when you’ve left a glass out for awhile.

But this sink actually serves a greater purpose than just cleaning your glass.

When you rinse a beer glass, it becomes more slippery, and there’s less friction when beer fills it. This allows a more even, clean pour and a substantial, fragrant head. As we’ve established before, beer foam is actually a good thing, because it carries a great deal of your beer’s aromas, and smelling is half the fun. The other benefit of rinsing a beer glass is that the spritz can cool the glass down, because we know that pint glasses often have the tendency to prematurely heat your beer up.".

15
Oils from your face will make the foam from beer subside faster?
20
Does beer kill brain cells?
6
Was beer the most popular drink for breakfast before coffee became popular?
15
Does canned beer taste better than bottled beer?
60
Is this André the Giant's hand holding a can of beer?
3
Does the hops in beer cause sleepiness?
7
Do transparent beer bottles allow UV rays oxidise the beer faster?
4
Does non alcoholic beer have roughly the same alcohol as orange juice or a ripe banana contain at .5% alcohol?
1
Does US American beer contain animal products?