Have there been tornadoes off the coast of Ibiza in September 2019?

According to some Facebook posts and the Majorca Daily Bulletin there have been tornadoes off the coast of Ibiza & Majorca this week (Sept 2019).

However, according to this Spanish website the videos are fake and are actually of a tornado in LA from May 2019.

Images and videos of the storm flood social networks and there are those who dedicate themselves to publishing fake scenes such as that of a video that is intended to be in Can Valero, actually being Los Angeles and in May.

There have been some bad storms recently but have there actually been tornadoes?

Note that there was a Daily Mail source when searching google for “Ibiza Tornado” that came up, saying it was posted 6 days ago, even though the article was from 2015. 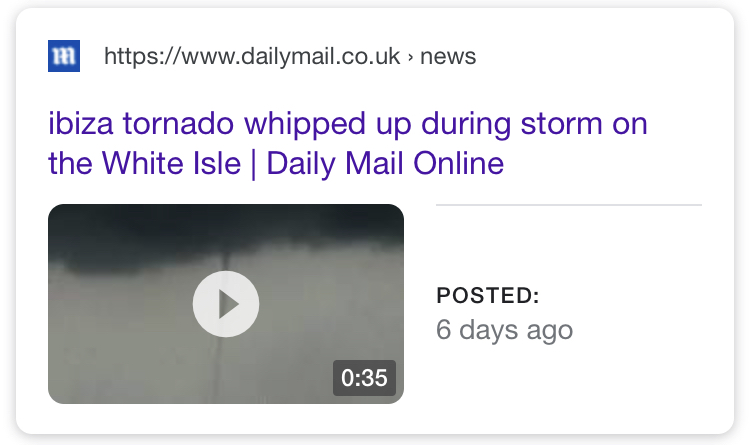 14
Does the Mount Washington wind speed record have scientific validity?
8
Could lightning have struck the entire North Korean women's soccer team?
15
Do wind farms have a significant impact on weather patterns in the US?
1
Has Longitudinal Wave Interferometry ever been used to alter the weather?