Did Lenin ever say that you could "destroy society through music"?

"One quick way to destroy a society is through its music." Vladimir Lenin 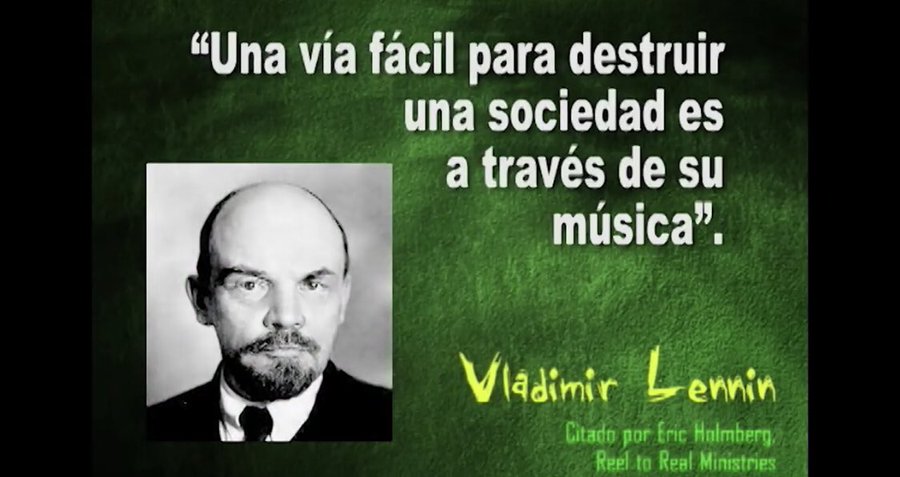 and is also mentioned in the book The Authentic Musician (John Haddix, 2011):

The source referenced there is The Marxist minstrels, a handbook on communist subversion of music (David A. Noebel, 1974),which appears to be the source for this supposed quote. This book is reviewed here, basically stating that the author is a crackpot (more or less the same conclusion is reached here). I can not access this book.

The quote is not present in Wikiquote so I'm very much inclined to discard this as an outright lie, but it'd be nice to see where this person got this from the book itself.

It took Lenin little time to realize that music played a vital part in the cohesion of society. He also realized that one sure way to destroy an enemy society was to destroy that society's music. This is exactly what his disciples have set out to do. In his How Music Expresses Ideas, Sidney Finkelstein, the recognized cultural spokesman for the Communists in the USA [superscript 3], sets forth the program with little ambiguity. Finkelstein calls for the destruction of the barrier between classical music...

The 1974 source is not the original publication of the above.

In 1966 it was written by the same author in Rhythm, Riots, and Revolution: An Analysis of the Communist Use of Music, the Communist Master Music Plan

According to University of Massachusetts, which archives Sidney Finkelstein's works:

Finkelstein became active in the Communist Party U.S.A. (CPUSA) where he served as the party's leading musical and cultural theoretician.

Going back to the original quote in the OP, the earliest source seems to be in a 13 October 1982 UPI article concerning a campus speech by pastor Bob Duvall in East Lansing, Michigan to 400 students.

Not the answer you're looking for? Browse other questions tagged history quotes russia .

9
Did Ralph Nader say that a pound of plutonium could cause 8 billion cancers?
6
Did Madeleine Albright say that "Siberia held too many resources for Russia alone"?
30
Did Lenin say this about guns?
91
Did Bill Gates say that vaccines and health care could reduce the population growth by 10-15%?
13
Did Lenin say "a lie told often enough becomes the truth"?
3
Did Karl Marx ever say "Life is struggle"?
5
Are the various claims regarding Ancient Indian Science made in the AICTE/MHRD new book "Bharatiya Vidya Sar" for a Indian Elective Course true?
14
Did Lenin say he made a mistake, their actions caused oppression and massacres and what Russia needed was ten Francis of Assisi?
16
Did Lenin say "destroy the family, you destroy the country", and if so in what context?