Did a series of PSAs about surveillance culture lead to schools in New Mexico getting Ritalin eliminated as a behavior-modifying drug?

I was reading up on Godfrey Reggio’s film, Koyaanisqatsi (1982) when I came across this claim on Wikipedia regarding some PSAs (public service announcements) he made for the ACLU in New Mexico in the 1970s; bold emphasis is mine:

The television advertisements aired during prime time programming and became so popular that viewers would call the television stations to learn when the next advertisement would be aired. Godfrey described the two-year campaign as "extraordinarily successful," and as a result, Ritalin (methylphenidate) was eliminated as a behavior-modifying drug in many New Mexico school districts.

What? I’m not too sure I understand the connections of surveillance culture to the prescription and use of Ritalin as described there.

And reading this 2015 article on Night Flight’s website makes a similar claim; again the bold emphasis is mine:

They became so popular that the IRE was commissioned by the The New Mexico Civil Liberties Union to continue to create PSA’s warning of the growing surveillance culture.

As a result, school districts in New Mexico were able to get Ritalin eliminated as a behavior-modifying drug in New Mexico schools.

Looking for an answer that provides context and provides citations and preferably info that is not wholly based on Godfrey Reggio’s claims. 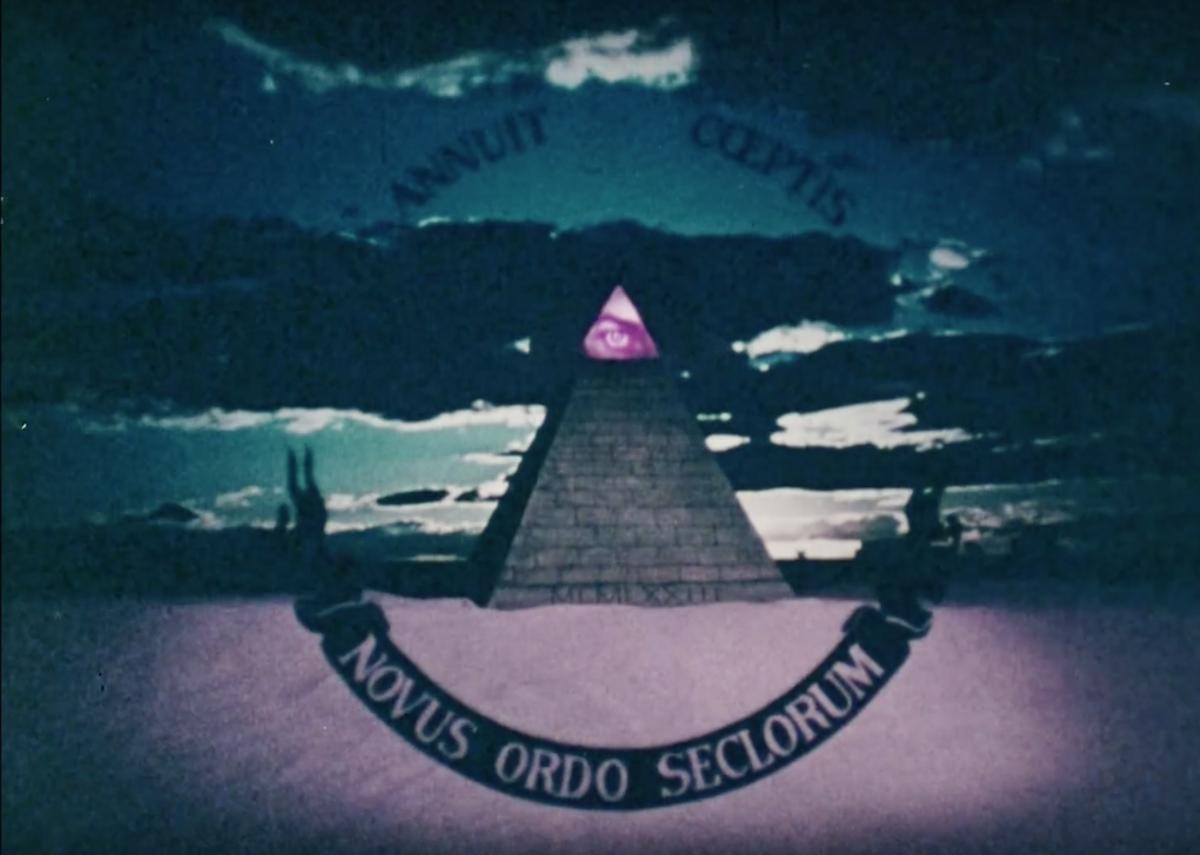 I genuinely thought this was unanswerable, because of the weirdness of linking surveillance culture to Ritalin, until I read the attempted answer by Daniel Hicks, where he has trouble finding any information about overprescription of Ritalin in the 1970s. I was convinced that such information is somewhere buried on the Internet, so here's what I found:

A 1970 Washington Post story on Ritalin overprescription in schools "generated considerable media attention, and led to a Congressional Committee hearing, and also a national [scientific] conference on the subject in 1971." (source)

The name for this committee hearing is extremely interesting: "Federal Involvement in the Use of Behavior Modification Drugs on Grammar School Children on the Right to Privacy Inquiry." The link given in the article for the hearing report is broken, but it's still there, buried deep in the Department of Education website.

Reading through this 178-page document, there is a lot of information about drugs and some angry complaints about privacy, but the link between privacy and Ritalin goes almost totally unexplained. There is only one remark from Congressman Cornelius Gallagher (D-NJ), where he condescends to explain the connection to us.

I would call special attention to the line article by Miss Judith Randall, prize-winning reporter for the Washington Star. She makes the point that conformity is as deadly as any of the pollutions now undergoing scrutiny at all levels of government. I am delighted that she says substantially the same thing I have said during the 6 years I have been concerned with invasion of privacy.

This is why I also insert an editorial from the Washington Daily News on the subject of testing young men for an XYY chromosome. I would merely comment that while HEW was rejecting a proposal which could result in preordained doom because of what a child saw in an ink blot, it is funding many studies which may do the same thing over a drop of blood.

I also insert an article from the Washington Star which describes a proposal recently made by Commissioner of Education James E. Allen. Commissioner Allen apparently approves of having local centers in school systems which "would know just about everything there is to know about the child."

In summary, in 1970, schools testing the mental health of children without parental permission was considered a violation of the privacy of the child. It was also considered government surveillance, because the school system was a government institution.

It is true that Ritalin was frequently prescribed in haste. Before 1999, no one had ever studied prescription rates of Ritalin for children, so exact numbers for New Mexico in 1974 will never be known, but even in 1990, 30% of children receiving Ritalin in areas of Iowa never had a parental interview.

In conclusion, on the basis of Cornelius Gallagher's statement to the Congressional committee, I think it is quite plausible that the surveillance PSA led to the elimination of Ritalin in New Mexico public schools.

The ads were highly dramatic; some felt they were even manipulative. Combined with the billboards, there was no way anyone in the area could get away from the big eye: the privacy issue, data banks, mind control—a total assault.

This was followed by publication of the 40-page Sunday newspaper supplement entitled "Ten More Years--1974 Report on Invasion of Privacy and the Technology of Control." The supplement explained in detail the purpose of the ad campaign and presented information on data banks, various types of government record keeping, and the dangers raised against privacy and civil liberties. By the time the campaign had run its course, public opinion polls showed that the number of people who felt their privacy was in danger in modern American society had increased from 14.6 percent to 44.7 percent.

Happily, this 40-page supplement is also available online, and reads in part:

Clearly, the mechanisms of social control exist. They are developing rapidly and will be increasingly effective. They influence the lives of us all. As an example, look at all the pressures that are developing on our children:

"Pre-delinquent" and "pre-prevention" programs in many places; many funded by L.E.A.A. Behavior modification programs: in public schools, for slow learners, for juvenile delinquents, and to train parents and teachers.

Use of Ritalin for "minimum brain dysfunction."

A search on NewspaperArchive.com shows me that following the publication of this supplement, local newspapers across New Mexico exploded with over 100 references to use of Ritalin on children.

I think Godfrey Reggio is taking credit for his part in making this campaign effective and getting the supplement widely read.

Browsing the article it's unclear, but I get a hint that, at one point, Ritalin was being "prescribed" by school districts in New Mexico, and this is the practice that was ended. And the ACLU involvement was rather incidental. But, as I said, it’s unclear — I could not find a reference that spells it out very well.

However, the Wikipedia article on Ritalin says this:

Treatment of ADHD by way of methylphenidate has led to legal actions, including malpractice suits regarding informed consent, inadequate information on side effects, misdiagnosis, and coercive use of medications by school systems.

No link to info on “coercive use by school systems” is provided, though I’m recalling that, ca 1965, there were schools systems that pressured parents to “treat” what was claimed to be “ADHD,” often with no more than a teacher’s diagnosis.

And, actually, there is a separate Wikipedia article on “ADHD controversies.”

Some schools in the United States have attempted to make it mandatory for hyperactive children to receive medication based treatment in order to attend classes, however the United State Senate passed a bill in 2005 against this practice.

There is a linked WebMD article, but it only refers to the 2005 bill, not any controversy in the 1970s.

Finally, folks might want to watch the YouTube link for the PSAs. They’re weird, and the only allusion (that I can discern) to Ritalin is the whispered words “mind control, changing drugs” near the end. This leads me to suspect that the claim about Ritalin is simply referring to coincidental action.

Also, given the nature of the PSAs, and the apparent confusion surrounding their production and presentation, it’s likely that the New Mexico Civil Liberties Union’s involvement was somewhat accidental, and it appears that they were embarrassed as a result.

Not the answer you're looking for? Browse other questions tagged education public-health surveillance .