Did Police spray fake blood on themselves in Philadelphia on August 14th 2019?

According to this video police officers sprayed fake blood on themselves in response to the August 2019 Philadelphia shooting. 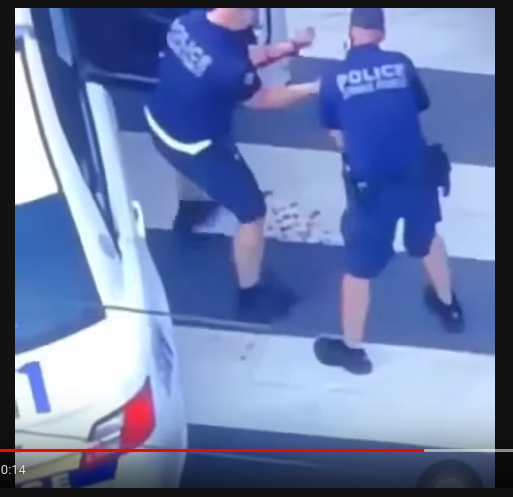 According to Truth Or Fiction

As for the liquid in the bottle, it is most likely a disinfecting solution such as Betadine (povidone-iodine, which can appear deep orange or red) or a treatment to hasten clotting pulled from what appears to be a belt trauma kit, hurriedly applied to an officer’s wounded arm while both men were standing behind a car door in order to protect themselves from bullets.

Not the answer you're looking for? Browse other questions tagged united-states police .

6
Does a video show Michael Brown robbing a store in Ferguson the day he was shot?
17
Did a police officer hand back a weapon after disarming a criminal because of bad habits learned in training?
111
Is a police officer 18x more likely to be killed by a black male than an unarmed black male is to be by a police officer?
12
Did the Houston Police Department intentionally target the house on Harding Street?
9
Did India shoot down any Pakistani F-16 on 27th February 2019?
2
Have 82 officers been charged for on-duty shootings since 2005?
6
Is it a “standard tactic” of law enforcement to “apprehend individuals” in unmarked cars?