Did France flood Guinea with counterfeit currency to destabilize it?

I've read in several Pan-Africanist and conspiracy theory sources (e.g. here and here) that France during the Fifth Republic smuggled in counterfeit Guinean Franc into Guinea in order to destabilize its economy after it gained independence.

I couldn't track this claim down to a reliable source, is there any truth in this?

Yes, this actually happened, according to French journalists Roger Faligot and Pascal Krop, both of whom were mainstream journalists and specialized in French counterinsurgency and covert operations.

Here is the claim in English, contextualized as part of France's operations against Guinea: 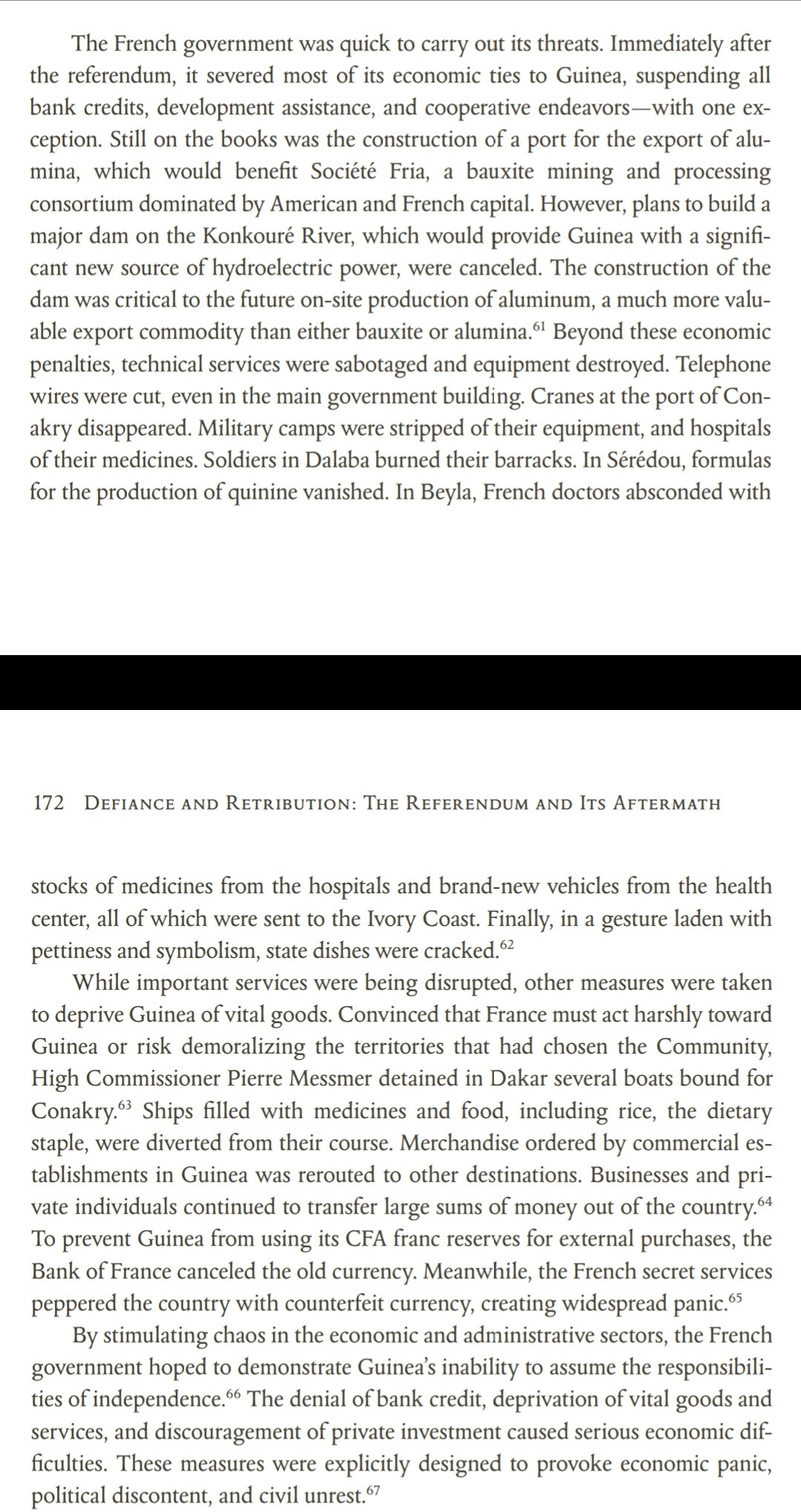 Not the answer you're looking for? Browse other questions tagged history france africa currency .

22
Could a Great Flood have happened?
42
Has France ever won a war?
86
Is it illegal to refuse US currency for a purchase?
15
Did Benjamin Franklin almost cause a war between England and France over a hoax letter to a London newspaper?
5
Did switching to a common currency cause prices to go up in European countries?
29
Do African countries have to pay a “colonial tax” to France?
5
Can Currency Notes be tracked with GPS?
5
Did Vichy France make shoes and sweaters from human hair?
67
Was the 45.9°C temperature in France in June 2019 the highest ever recorded in France?