Did China choose to finance the US after the 2008 crisis?

In today's edition of Le Monde there is an article about the increasing quantity of money in the world, and the problems or benefits that this might yield. In the introduction to the article the authors state that, in contrast to now, the world had managed to collaborate (or at least talk to each other to avoid doing one-sided moves) after the 2008 crisis. In particular, the article says:

It was also the time when the world had succeeded in cooperating and even managed to take joint decisions - the fight against tax havens, concerted fiscal stimulus, central bank coordination, China's choice to finance the United States, etc.

Did China really finance the US? What do the authors mean with this, and was this measure in any way significant?

The answer is somewhat trivial, but YES.

The way one government typically "finances" other governments in modern world is by one countries' government (usually via its finance ministry) purchasing sovereign debt issued by the second country.

As per US Department of Treasury, China increased its holdings of US Treasuries by a large amount, consistently, between 2007 and 2011, as illustrated on the following two graphs from CSIS and Investopedia (both sources from US Treasury department, although I was unable to find decent UST source data yet directly) 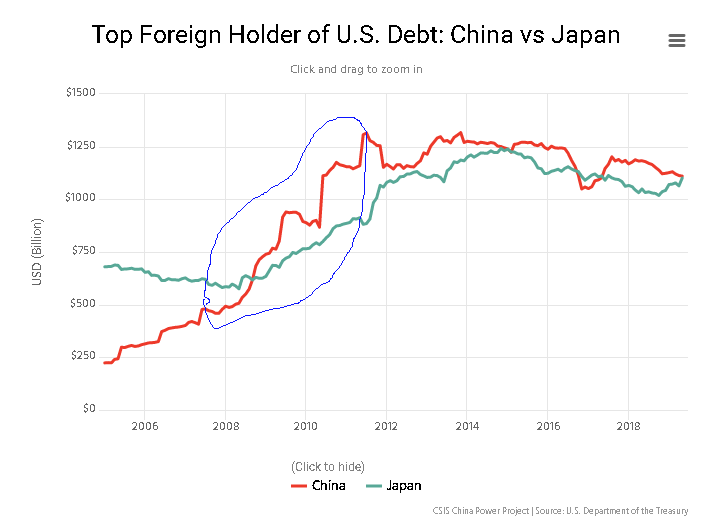 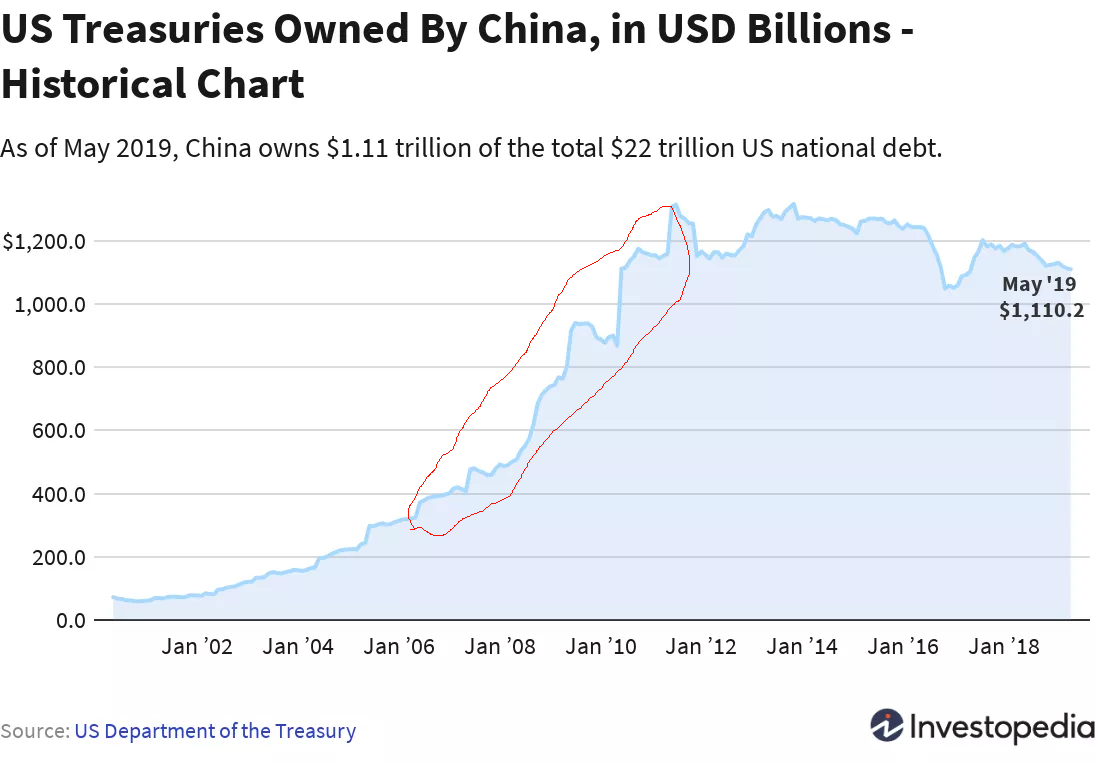 Now, you may quibble as to whether they "choise" to do so due to vagueness of the wording used in the article, but presumably, they did under any reasonable interpretation of the term you can think of.

Obviously, the purpose of this purchasing from Chinese side was not "to finance" the US - while this is way outside the scope of the claim or question ; there are plenty of resouces explaining why China chooses to buy US Treasuries.

Not the answer you're looking for? Browse other questions tagged united-states economics china .

11
Did the financial sector make up 40% of the US economy before the 2008 financial crisis?
12
Did Marco Polo travel to China?
6
Did China plant 66 billion trees since 2003?
8
Did spaghetti originate in China?
4
Was the Dow Jones average more unstable after 2017 than in the preceding post-2008 years?
4
Did US Govt profit from the 2008 financial crash bailouts?
1
Did China steal technology from the USA to make their J-20?