Do other animals have non-reproductive sex?

You can view the lecture here. At about the 11:40 point the claim is made that humans are the only species that engage in non-reproductive sex.

Is there solid evidence for or against the idea that only humans have non-reproductive sex? (oh and it's a fun lecture)

Bonobos are an example.

Sex is key to the social life of the Bonobo.
They largely use sex as a means to alleviate conflicts or resolve them.

When ill feelings begin to form between Bonobos– everything stemming from territorial issues to competition for food– their first reaction is to smooth it over with sexual contact.

Bonobos seem to ascribe to the 1960s hippie credo, "make love, not war." They make a lot of love, and do so in every conceivable fashion.

Sex in bonobo society transcends reproduction, as it does in humans. It serves as a way of bonding, exchanging energy and sharing pleasure.

Bonobos are a prime example of sex for the sake of sex. Also Capuchins. Anyone who has watched the Discovery Channel enough knows about this behavior. 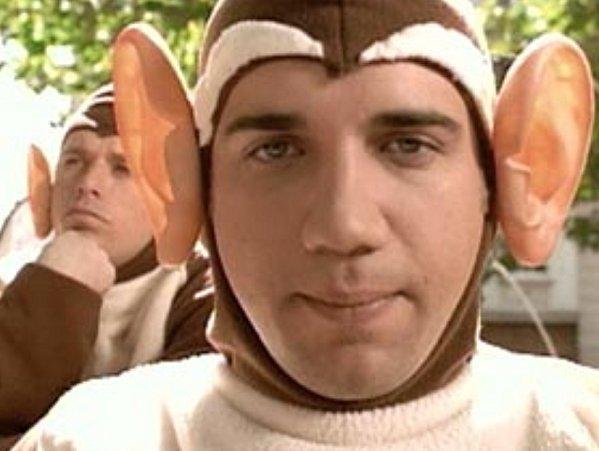 I am quite surprised that the lecturer would make such a blatantly wrong statement. Bonobos have their own domain that even states:

Sex permeates the fabric of bonobo society, weaving through all aspects of daily life. It serves an important function in keeping the society together, maintaining peaceful, cooperative relations. Besides heterosexual contact, both male and female bonobos engage in same-sex encounters, and even group sex occurs.

For a scholarly paper (with abstract quoted below), I suggest: Nonconceptive Sexual Behavior in Bonobos and Capuchins

Sexual behavior by infecundable females, and by same-sex and adult-immature dyads, occurs in wild and captive bonobos (Pan paniscus). Proposed functions of these behaviors, in social primates generally, include practice, paternity confusion, exchange, and communication as well as appeasement. We used this framework to interpret and to compare observations of sexual behavior in a captive bonobo group and a wild white-faced capuchin (Cebus capucinus) group. In both species, (a) sexual behavior was no more frequent in cycling females than in pregnant or lactating females and (b) same-sex and adult-immature dyads engaged in as much mounting or genitogenital contact as adult heterosexual dyads did. The species differed in that (a) bonobos engaged in sexual behavior 65 times as frequently as capuchins, (b) only bonobos engaged in sexual contact other than ventrodorsal mounting during focal observation, and (c) bonobo sexual contact was concentrated most heavily in socially tense situations in adult female–female dyads, whereas capuchin sexual contact was concentrated most heavily in socially tense situations in adult male–male dyads. These data and published literature indicate that (a) practice sex occurs in both species, (b) paternity confusion may be a current function of C. capucinus nonconceptive sex, (c) exchange sex remains undemonstrated in capuchins, and (d) communication sex is more important to members of the transferring sex—female bonobos and male capuchins—than to members of the philopatric sex. 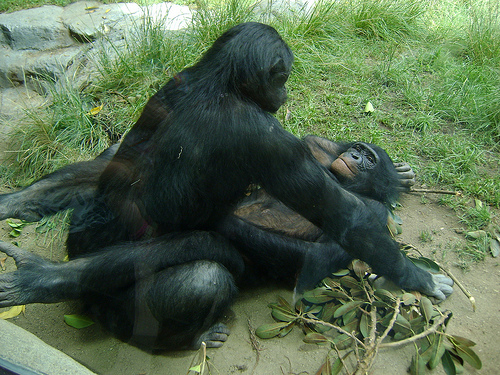 I would treat ANY statement made to make humans appear truly unique in the animal kingdom with a great deal of skepticism. We are only animals after all (only marginally more clever than others).

As one example, bottlenose dolphins routinely engage in non-reproductive intercourse - this can be when females are not in estrus (I can't locate the reference though), and there is also a lot of non-intercourse sexual behaviour between individuals, even between males (Mann, J. 2006. Sociosexual behaviour among Indian Ocean bottle-nose dolphins and the development of male-male bonds.

Mallard ducks are reported to both attempt to rape ducks of the same sex, as well as practice necrophilia. Either of those should qualify on some level as non-reproductive sex, even if not consensual for the one in a pickle. This discovery earned Kees Moeliker the Ig Nobel prize in 2003. The guardian reports:

Ducks behave pretty badly, it seems. It is not so much that up to one in 10 of mallard couples are homosexual - no one would raise an eyebrow in the liberal Netherlands - but they regularly indulge in "attempted rape flights" when they pursue other ducks with a view to forcible mating. "Rape is a normal reproductive strategy in mallards," explains Mr Moeliker

Mr Moeliker suggests the pair were engaged in a rape flight attempt. "When one died the other one just went for it and didn't get any negative feedback - well, didn't get any feedback," he said.

The whole article is a great read.

There are a great many examples of non-reproductive sexual behaviour in the animal world. In Homosexuality via canalized sexual development: A testing protocol for a new epigenetic model Rice et al. review multiple studies, and say:

several books have been written in the last 15 years in which the authors searched the published literature for observations –usually mentioned as an aside in an unrelated context– describing homosexual behavior in nature. Many hundreds of such examples were found across a broad spectrum of species. For instance, homosexual behavior has been recorded in 93 species of birds. Representative examples include a 14% incidence of female-female nesting pairs of Western Gulls in California and this value is 31% for Laysan albatrosses on the island of Oahu. Male-male pairs occur at a rate of 5–6% in Australian black swans, and in graylag geese 15% of males only participated in male-male pair bonds over their lifetime, while 37% were bisexual. Even species as familiar as barnyard sheep have about 8% strictly homosexual males

At the risk of upsetting Larian LeQuella, I'd say that mankind is unique in actually knowing that sex = reproduction. Some humans will have sex with the direct intention of producing offspring. This can happen when the participants are in the optimum phase of the cycle, the exact time that gives the best chance of conception, and they might not feel any particular sexual desire at that exact moment. It could become a chore rather than a pleasure.

As far as we know, Mankind is the only species that ever has sex with the sole purpose of reproduction. All sex in the rest of the animal kingdom is for the purpose of sex. It may or may not result in reproduction, but that is something the animals have no concept about.

Not the answer you're looking for? Browse other questions tagged biology zoology sociology .

25
Is yawning contagious across species?
48
Does child rearing by homosexual couples have any measurable negative effects?
14
Could climate affect Aisha's age of sexual maturity?
14
Are there examples of exclusive homosexuality in non-human animals?
52
Can trained humans run faster than all other animals on a marathon distance?
14
Do we know why animals have evolved to have sex for reproduction?
8
Have scientists demonstrated an absent protein can cause chicks to be born with scales rather than feathers (as well as reptile scales to feathers)?