A common theme amongst calls for nuclear power in Australian politics is the idea that nuclear power is cheap. For example, the United Australia party (Wikipedia) ran the below full page add making just that claim. There are other examples from the liberal democrats as well.

Photo of full page ad Please note this is not to discuss the general politics of nuclear energy. The photo below is intended to show that this is a notable claim. 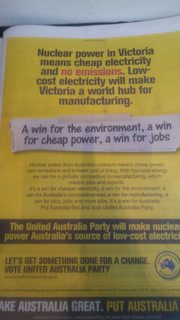 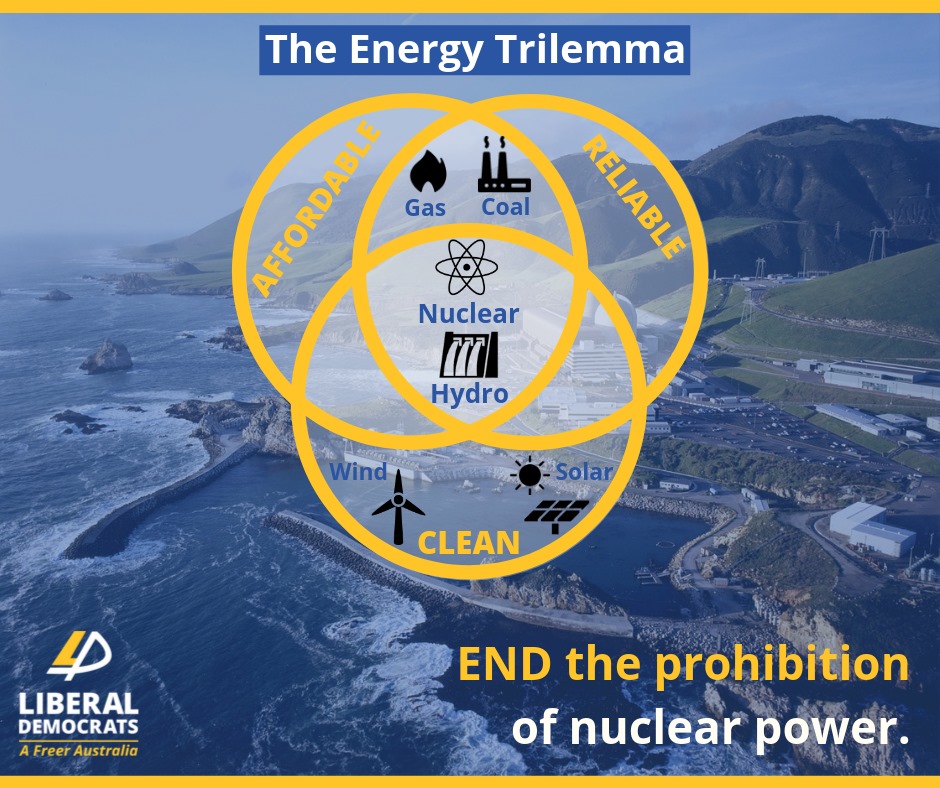 australia nuclear-energy
Share
Improve this question
edited May 20, 2019 at 22:09

That claim cannot really be proven or disproven, because there is not clear (or objective) what "cheap" means.

Nuclear power is fairly cheap, but it is not the cheapest.

As already mentioned in a comment "cheap" is only really useful in comparison to something else (i.e. in this case other energy sources). Furthermore, it depends on the costs that are associated with electricity generation.

The costs you are looking for are the levelized cost of electricity (LCOE). These include all costs from building to decommision. This study did an overview of LCOE for different energy sources in Germany.

Where, for all periods t, I is capital expenditure, M is operation and maintenance costs, F is costs of fuel, E is the energy created and r is the interest rate.

The calculation for best and worst case for each energy source is shown in the following graphic. 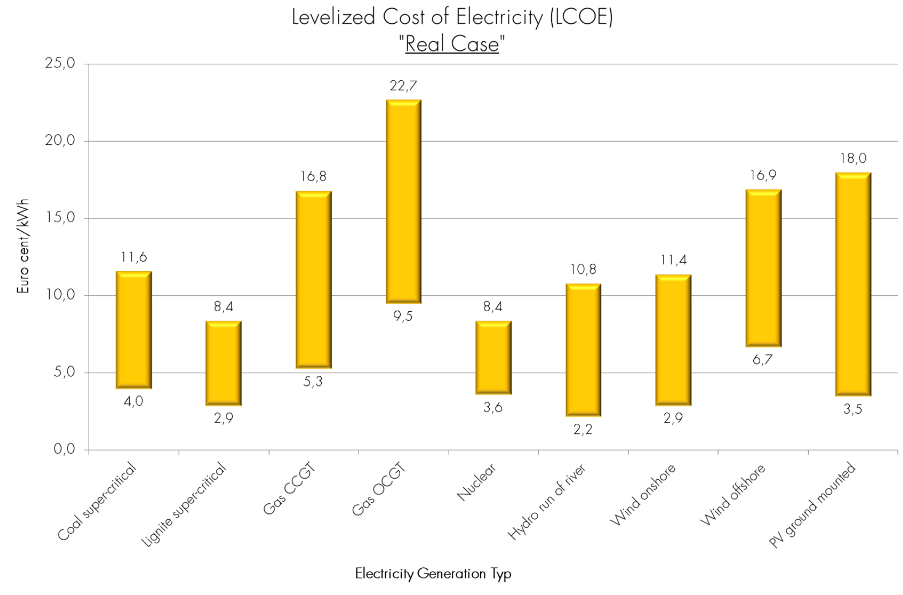 Costs for Australia may be slightly different, but will be in the same range. There are some crucial differences though. The costs for PV in Australia will likely be lower than in Germany, because climate conditions in Australia are better suited for PV.

As far as nuclear is concerned this study may also show an optimistic picture. For the newest nuclear power plant build in the United Kingdom (Hinkley Point C - HPC) a minimum price of 92.50 GBP (119 USD) per MWh has been agreed. That is 50% higher than on-shore wind power in Germany according to Agora Energiewende and higher than the worst case scenario for nuclear power in the table above. The investment cost of HPC are at almost 10.000€/kW, which is almost twice as high as the worst case cost in the study. Since the study was published a number of new nuclear plants in OECD countries have reported significant cost overruns. Given the cost overruns, it seems reasonable to regard the nuclear worst case LCOE in the study as realistic.

As an alternative source Hansen gives the following costs for different energy sources. Which ranks nuclear power in the upper half in terms of LCOE. (l) and (s) stand for large and small plants respectively.

An important thing to keep in mind for nuclear power is the question of insurance. While the LCOE include operating costs (which in clude insurance), the insurance will not suffice for a nuclear desaster. In case of Fukushima the total costs are currently estimated to be $187 billion. These costs are not included in the LCOE and would probably increase the LCOE of nuclear power quite a bit. Additionally, since the problem of final disposal has not been adequately resolved, costs associated with final disposal are highly uncertain.

According to Cost of electricity by source (Wikipedia) estimated UK LCOE for projects starting in 2015 gives nuclear at 93 £/MWh. Onshore wind power is at 62 £/MWh. A US study gives nuclear at 96.2 $/MWh and geothermal at 44.0 $/MWh. You can see that page for more studies.

Not the answer you're looking for? Browse other questions tagged australia nuclear-energy .