Russian journalist and politician, Alexander Nevzorov has criticised it:

We all know that both the Soviets and the Nazis were fond of military parades. For example, here's their joint victory parade in occupied Poland, held during the years when they were friends and allies: 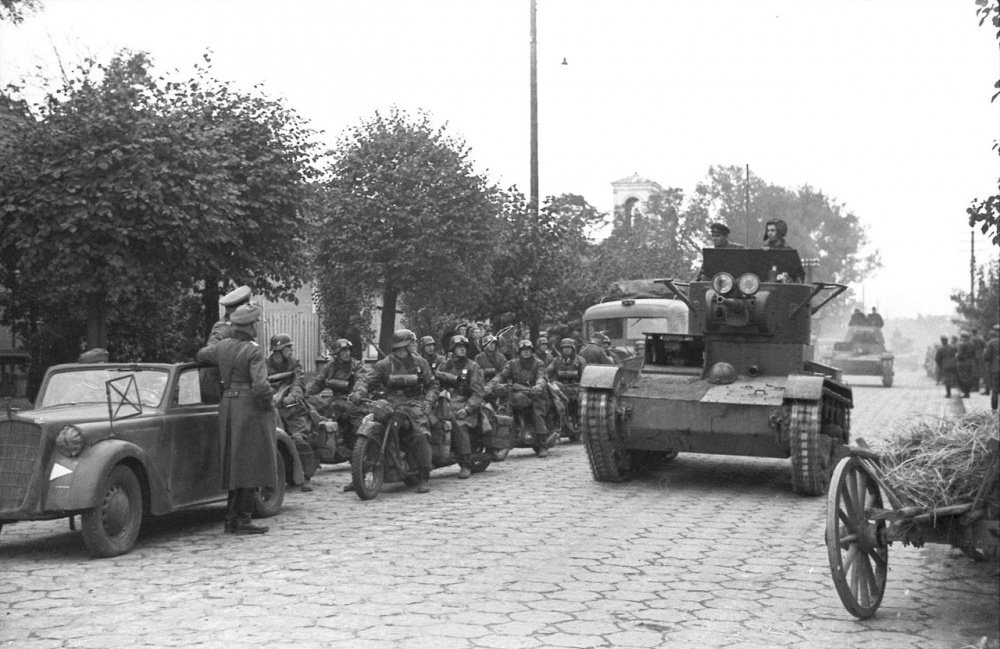 But the question is not whether the Russians/Soviets took the idea of annual military parades from the Nazis (of course not! such parades predate both the Soviets and the Nazis) but the specific practice of carrying portraits of the war dead through the streets. Here is a Wikipedia article https://ru.wikipedia.org/wiki/%D0%91%D0%B5%D1%81%D1%81%D0%BC%D0%B5%D1%80%D1%82%D0%BD%D1%8B%D0%B9_%D0%BF%D0%BE%D0%BB%D0%BA (sorry, no English version). It states that the first such official march was organized in Russia in 2012 in the city of Tomsk (alhtough some people carried porrtraits of the dead in prior years in Novosibirsk and Tyumen) and then spread widely and rapidly and became a standard part of a May celebration of the VE anniversary.

Here's Russian president Putin marching with a portrait of his father: 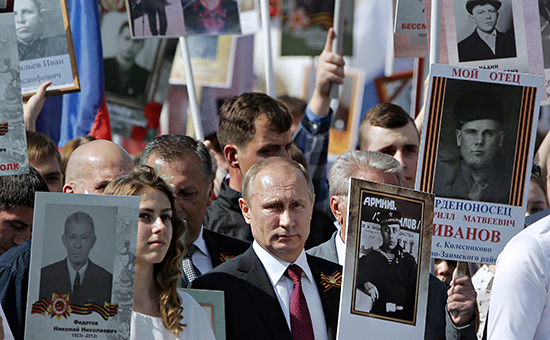 Well, guess who else liked to display portraits of their falled comrades?

Russian journalist Alexander Nevzorov said the following on quasi-opposition radio station Echo of Moscow in May 2019:

The Reich, as we know, was very fond of pathetic processions and never lost an opportunity to hold them. Moreover, it was their Reich that gave birth to them. Because if you studied the cult of the Third Reich, you should know where the idea of the Immortal Regiment came from. This idea was born in the depths of "Ahnenerbe". Remember what Ahnenerbe is, how is it translated? This is the “Ancestral Heritage”. This is the Reich Occult Institute.

Indeed, 3rd Reich sometimes displayed and honored the portraits of their dead. But they were static displays, not carried around.

Uniformed SA members stand as an Honor Guard alongside a portrait of Horst Wessel: 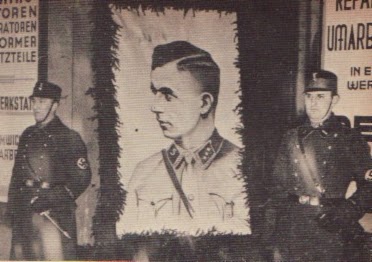 (Horst Wessel was a Nazi who got killed in a fight with Communists during Hitler's rise to power in Germany.)

There's some connection between Nazis' honoring the portraits of their dead and Ahnenerbe / Thule Society / some Nazis' intense interest in the occult. 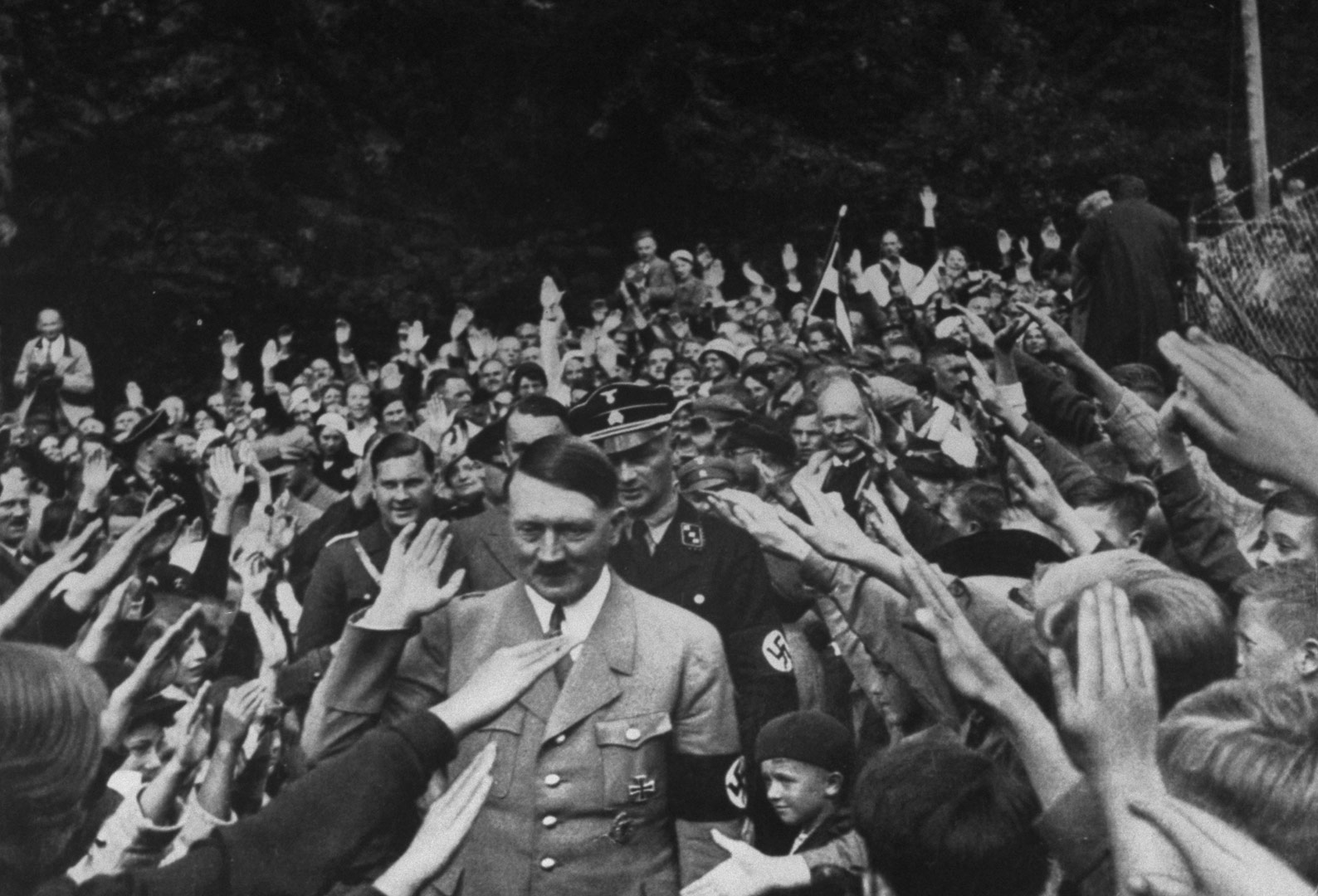 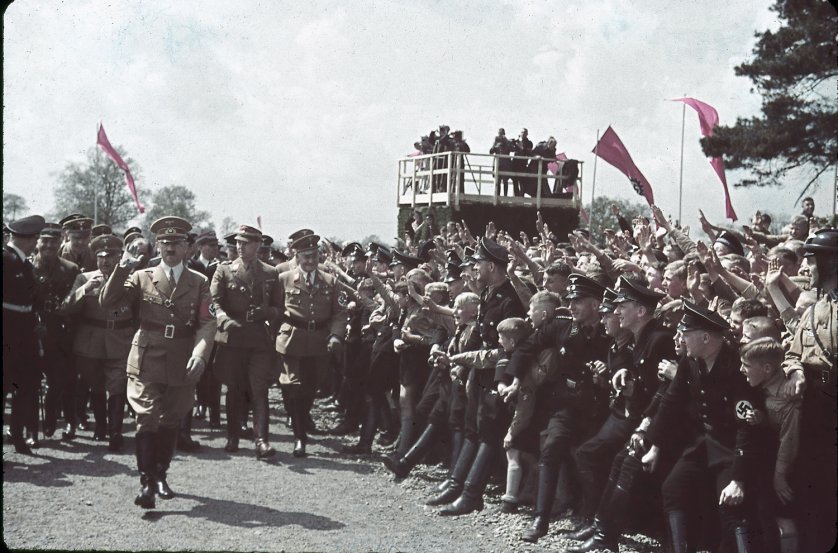 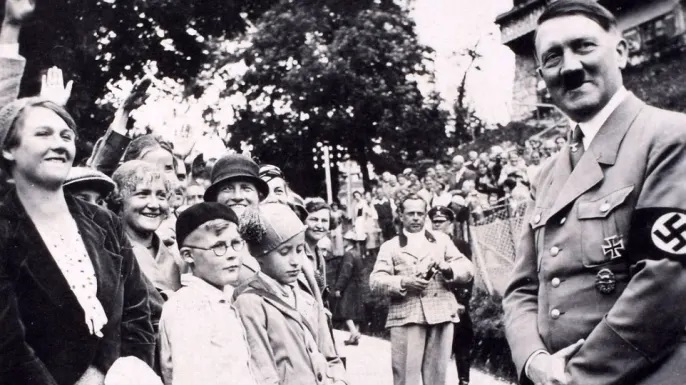 However, while the similarities are clear, I'm unable to find even a single photograph of pre-1945 Nazis carrying portraits of their dead on sticks at rallies. They did carry swastikas on sticks, rather than portrairs, a lot: 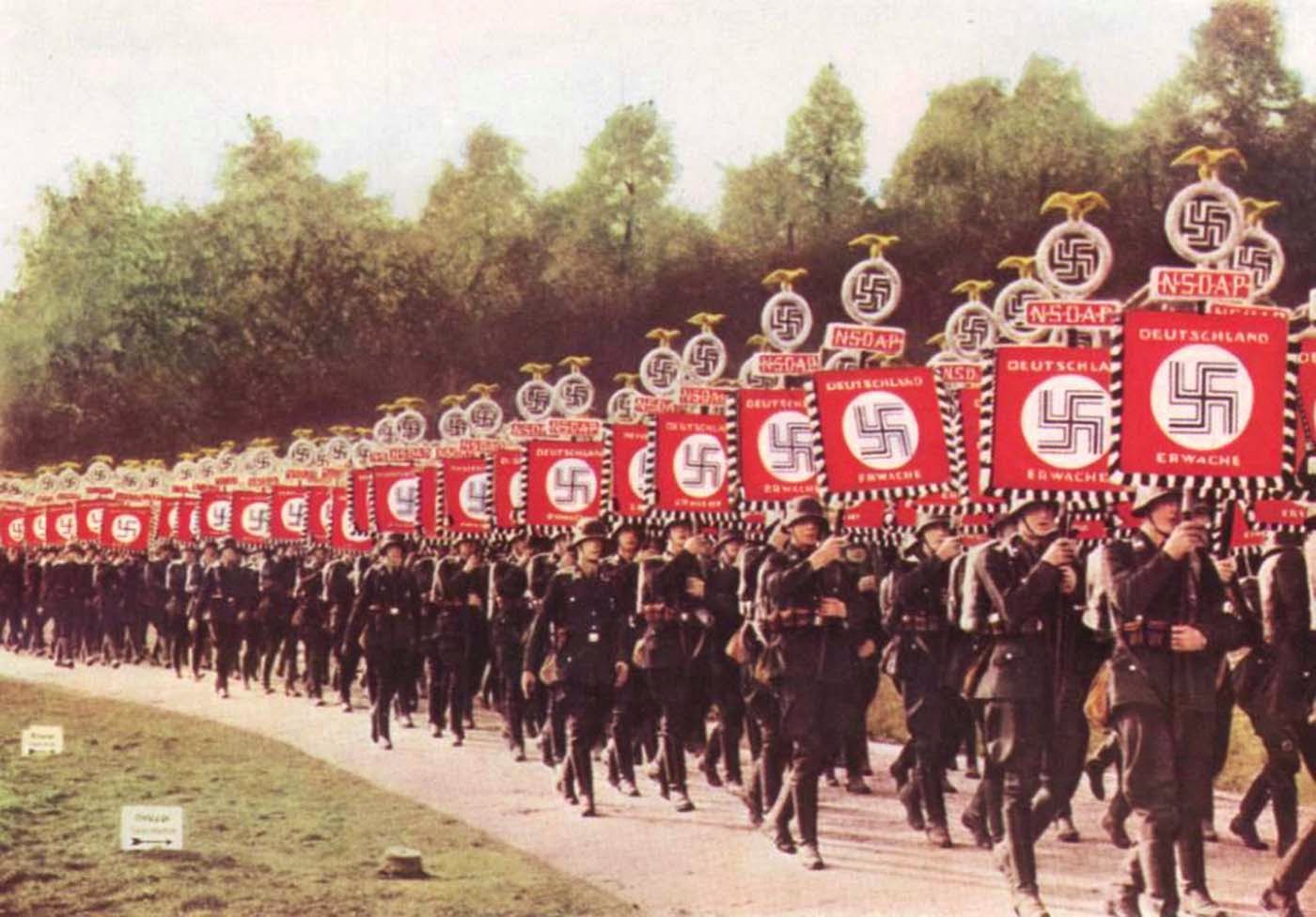 I did find several photographs of German right-wing "Alternative for Germany" (AfD; officially founded in 2013) carrying portraits of dead people at a 2018 rally in Chemnitz, for example: 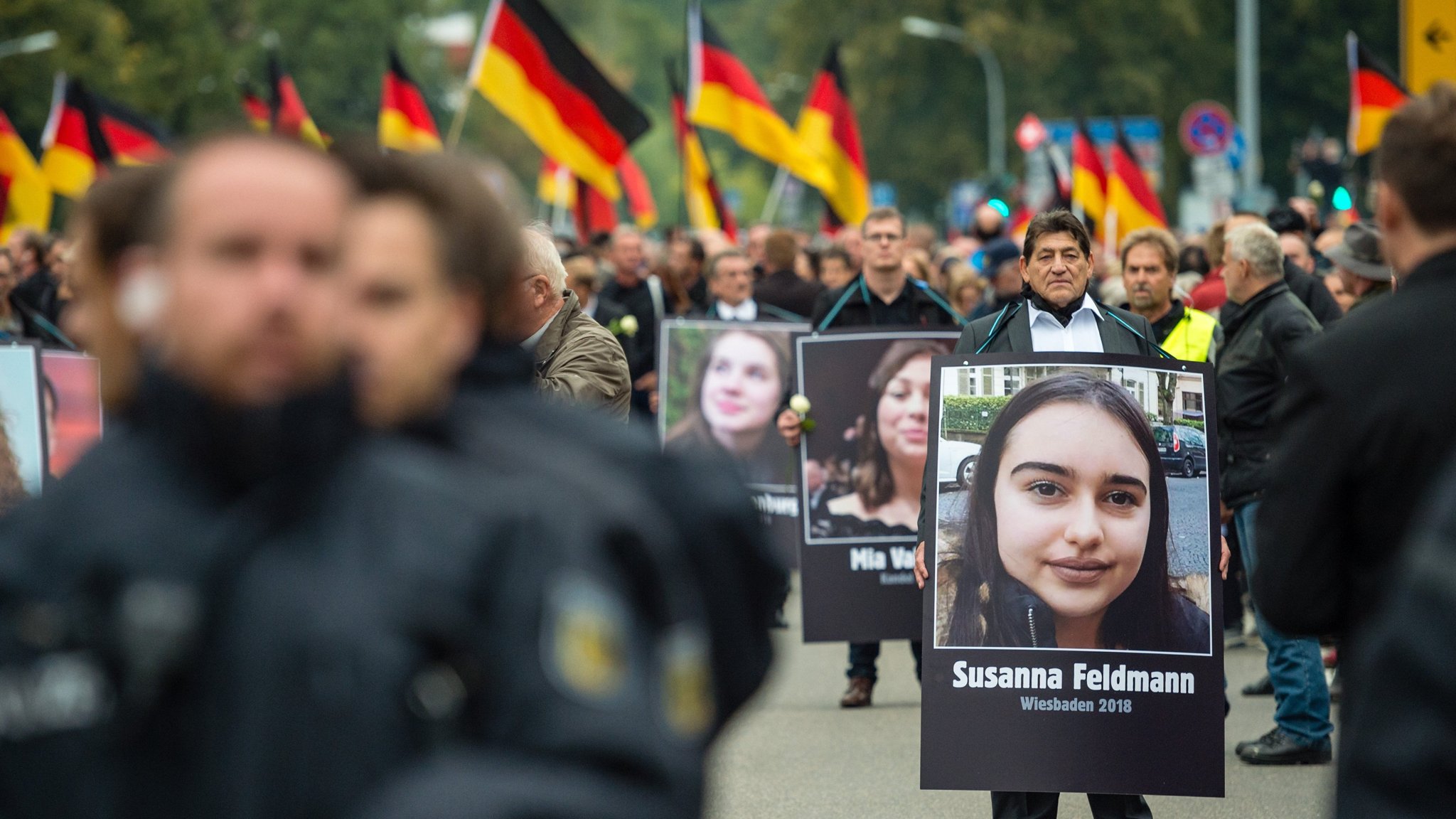 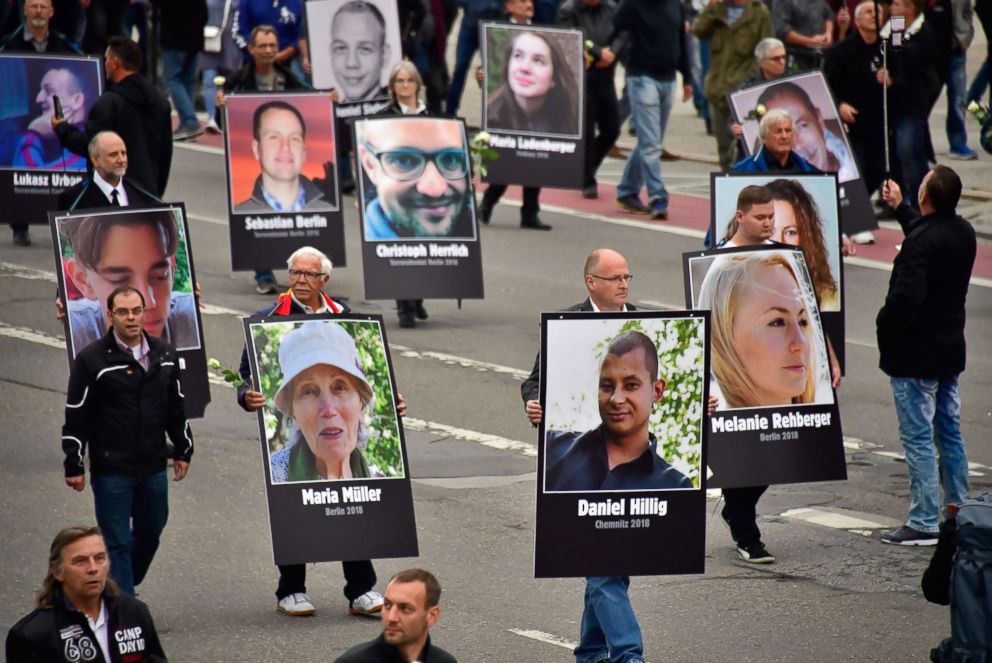 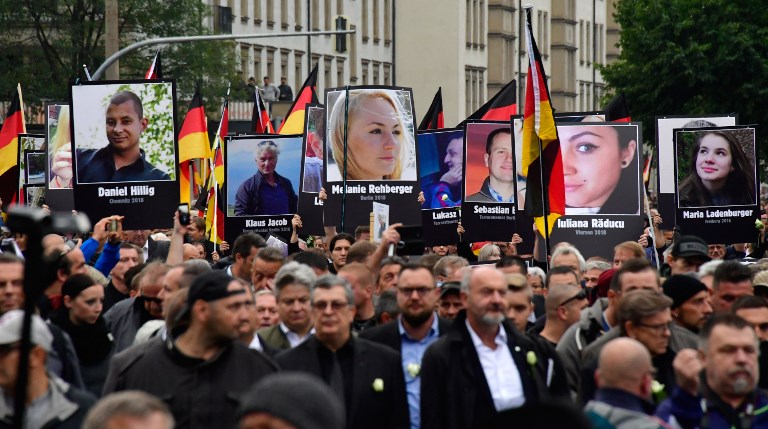 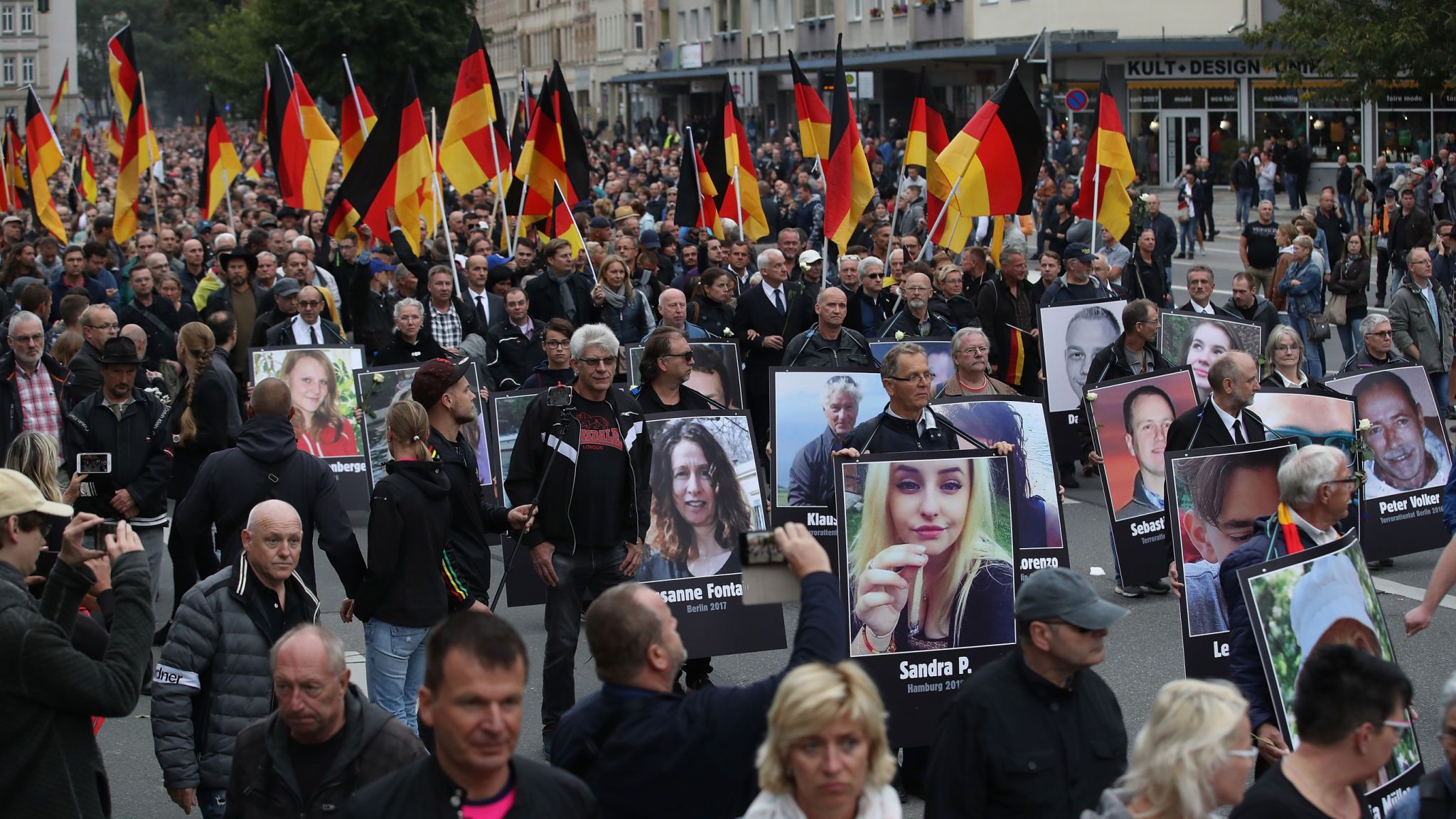 The timing suggests that the Russians may have borrowed the "Immortal regiment" ritual from the AfD, rather than directly from pre-1945 Nazis.

It is utterly and completely untrue to say that the tradition of holding parades and marches to celebrate a victory comes from Nazi Germany. Victory parades were held in Ancient Roman times, and have continued on and off ever since.

Napoleon held a victory parade in 1810, and the Allies held parades to celebrate his defeat in 1815. There were victory parades following WW1 and WW2 by the victorious allies.

Not the answer you're looking for? Browse other questions tagged history world-war-ii germany soviet-union nazi-germany .

14
Did the USSR have 21 thousand tanks at the beginning of WW2?
7
Were the Soviet Union and Nazi Germany de facto allies in September 1939?
8
Were the Cologne attacks under-reported by the German media?
11
Did Soviet soldiers commit two million rapes of German women in 1945?
9
Did Nazi Germany use the German census in its targeting of minorities
64
Was the German V2 rocket the only weapon whose production killed more than its use?
13
Was the first German bombing of London an accident?
0
Did German troops ignite pools of kerosene on a ship in March 1943?
10
Secret instructions for the German submarines for the cruise to Agartha, a hidden land in the Antarctic. Are they authentic?