Did more than 300 polling workers die as a result of their work during the spring 2019 Indonesian election?

So I read this CNN article titled bluntly, “More than 300 workers dead after Indonesian election” and am finding the sheer numbers of workers dead—or have fallen ill—due to being overworked a bit hard to believe.

“As of Monday, 311 election officials have died and another 2,232 people have fallen sick after helping to administer the election, according to figures from the National Elections Commission (KPU).”

I find it hard to say I doubt these deaths occurred, but deaths purely based on bureaucratic fatigue from administering an election? Even if it was a massive election? Seems odd to me.

I feel like there is something off kilter about this based on my Western perspective. Are there other sources that can validly backup these claims with perhaps details on the number of election workers and perhaps some demographic age data to back this up?

This is actually a matter of statistics. Counting the ballots in the election has required more than 7 million poll workers spread across 810,000 poll stations in a very wide variety of regions -- for example, some ballot boxes had to be transported up mountaintops by horse.

The large number of election workers is a function of the size of the election: This was the first ever attempt by Indonesia to have national and local elections on the same day. Usually, only one election is counted at a time, which is more easily managed by neighborhood committees. In this Guardian article you can see a photo that shows the exhaustion of poll workers. 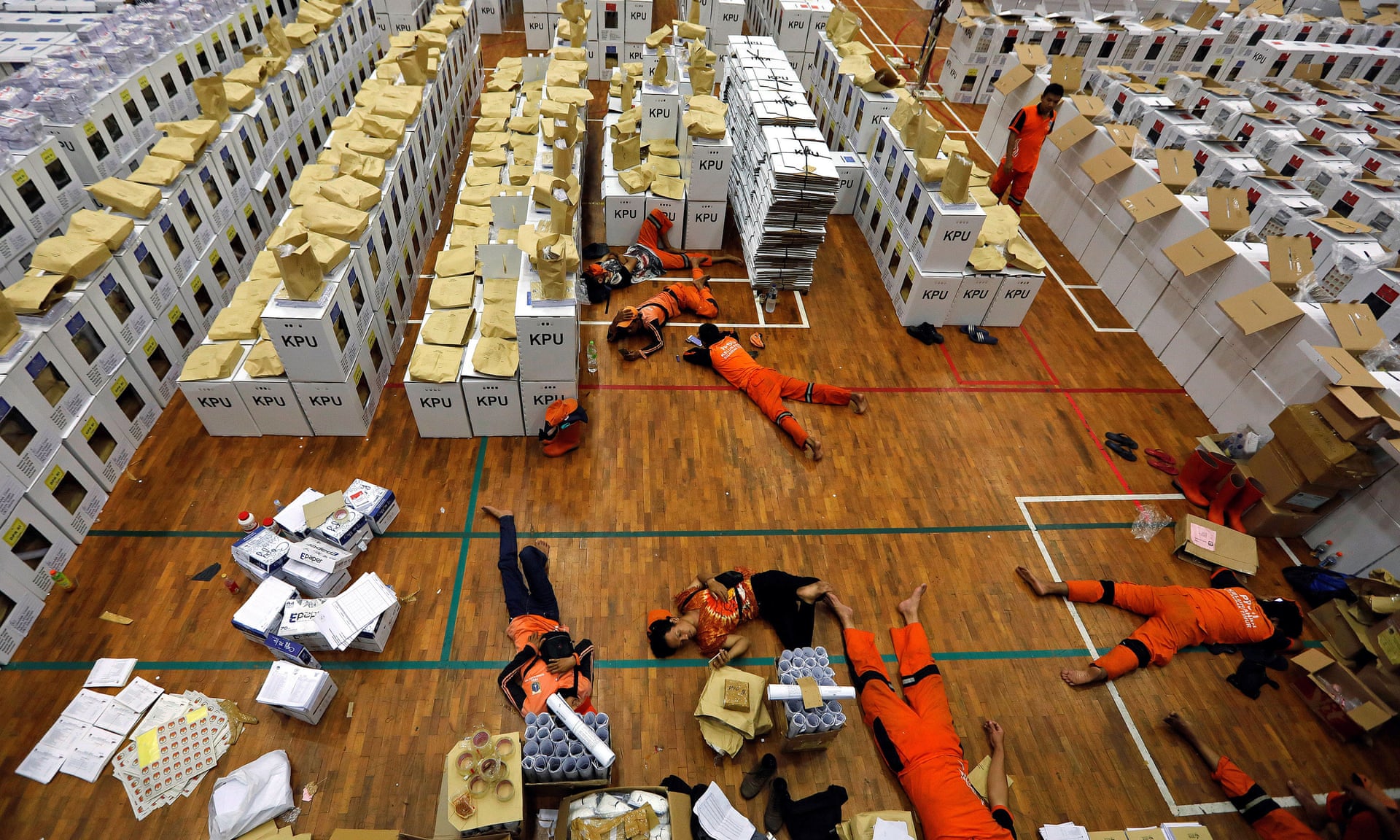 Not the answer you're looking for? Browse other questions tagged mortality voting indonesia .

7
Do famous musicians die at the age of 27 more often than other humans?
14
Did more than 660 High-School students die as a direct result of Football injuries?
3
Did war in the 20th century murder more than “all previous deaths”?
5
Do more people die from flying champagne corks and golf balls than are attacked by coyotes?
20
Do more people drown in deserts than die of thirst?
142
Did Republicans take 10 of 13 Congressional seats in the 2018 North Carolina general election with roughly the same number of votes as Democrats?