Did a homeowner fend-off three armed intruders with a high capacity magazine?

In the third case, the pajama-clad woman with a high-capacity magazine took on three armed intruders, firing at them while simultaneously calling for help on her phone.

"She had no place to carry an extra magazine and no way to reload because her left hand held the phone with which she was still trying to call 911," the judge wrote, saying she killed one attacker while two escaped.

As far as I'm aware, the judge's decision did not list the woman by name (but I'm struggling to find a full copy of the decision either), which is why I find the story difficult to fact-check.

Reasons why I'm skeptical are:

This sounds like Chen Fengzhu. In 2016, she awoke to three armed men invading her home, and scared them off after shooting at them, one dying from a gunshot wound in the driveway. The other two escaped, but 18 months later one of them would be arrested and face charges for this.

The gun she used was "a pistol", though I can't identify what type. Other than that, the other details match exactly:

There is high quality footage of the attack: Video shows woman shooting at burglars during Gwinnett home invasion 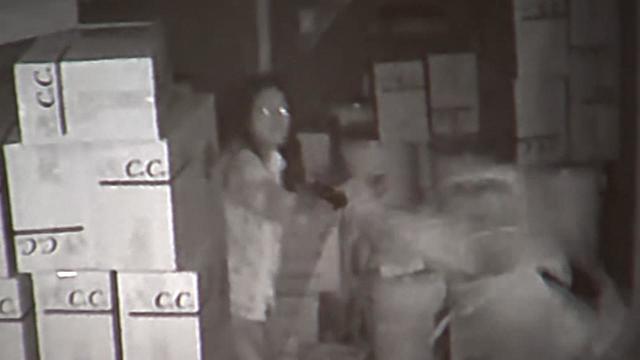 Thanks to Laurel's answer we can check fact what happened and see if that did happen or not.

It was not a home invasion, but a business/shop. It makes sense.

They did indeed fleed acording to the video, but the woman chased them shooting.

Totally agree, there are no signs of a high capacity magazine. Assuming an average of 10 bullets for standard capacity and the commentor of the news saying she unloaded the magazine we can conclude checking the video she was using a regular one.

The incident did not last enough to reload the magazine, afet 9 shots there were no intruders and one of the intruders was dead.

The video Laurel found proves you are right in that assumption

True: That woman did kill one and two fled, using a regular magazine.

False: The judge claims are wrong because clearly was not a high capacity magazine.

Not the answer you're looking for? Browse other questions tagged united-states law guns .

10
During the decade of the Clinton ban on semiautomatic rifles and high-capacity magazines, did crime not go down?
1
Did a Russian Judge meet with Supreme Court Justice Souter?
88
Did toddlers with guns claim more American lives than terrorism in 2015?
55
Was a 15-year-old teen sentenced to 15 years because he took 5 seconds to stop intercourse with an 18-year-old?
19
Did Dubai sentence someone to four years in jail for possession of three poppy seeds from a bread roll?
79
Does the US Armed Forces refuse to recruit anyone with an IQ less than 83?