Does this video of collapsing warehouse shelves show a real incident?

This video seems to show a minor bump by a fork lift causing multiple rows of shelving to collapse, burying the fork lift and operator.

Is this a real incident, or a faked video? The video has been posted on many news sites, but I can't find anything (even on Snopes) about where it happened. 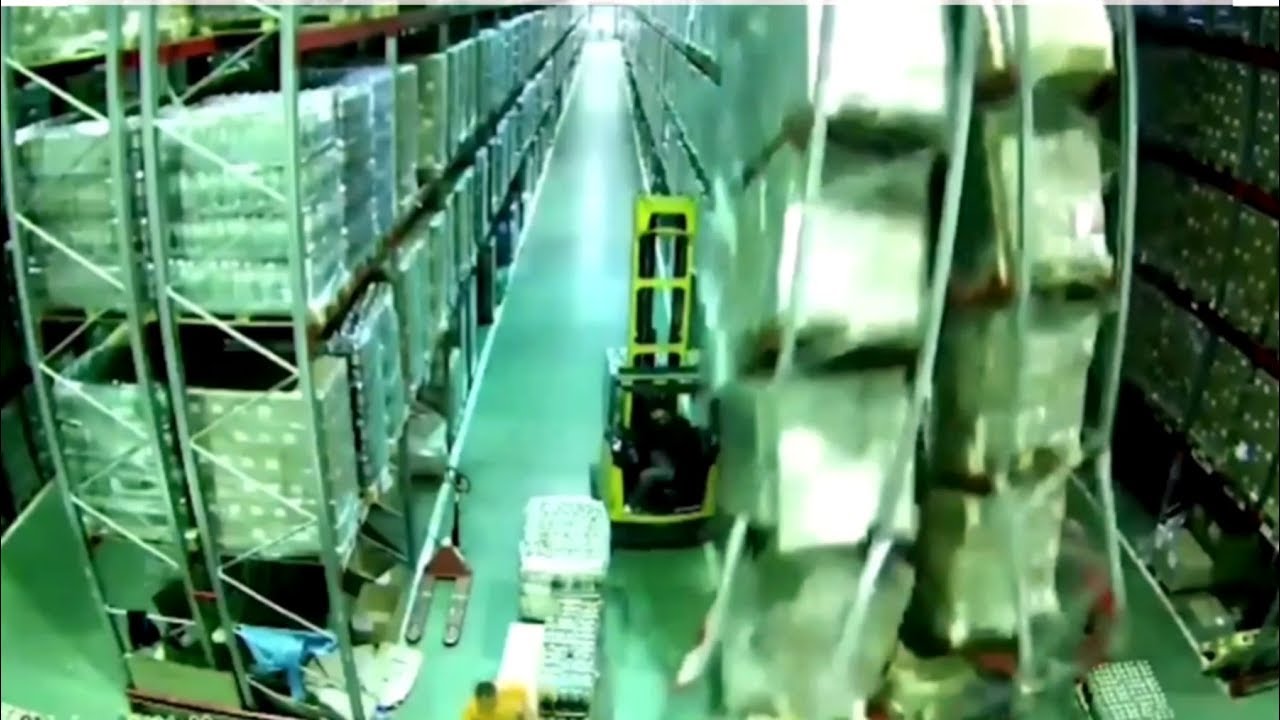 It's possible that the video is of an incident in 2016 at a cheese warehouse in Shropshire; the shelving looks to be of a similar design, but the colours don't match.

I do not know if this video depicts a real incident, but it does show one type of disaster that can happen in a warehouse with overloaded shelves. I don't see any reason to believe it was faked.

The Daily Mail says that the video was uploaded to youtube without any description of where it happened. They are asking the public if they know where the footage was filmed.

The type of failure that started the shelving collapse is called buckling. The beams that support the shelves are loaded in compression. If the compression force is high enough and the beam is pushed out to the side a little, it can trigger a sudden collapse. Once a single support buckles, the load it was carrying is transferred to adjacent beams, and they collapse as well. Shelves are designed to hold up a certain amount of load before buckling becomes an danger.