I saw this article saying that Amazon paid $0 in corporate income tax last year. Is this true or just phrased to sound like they are getting away with paying nothing? 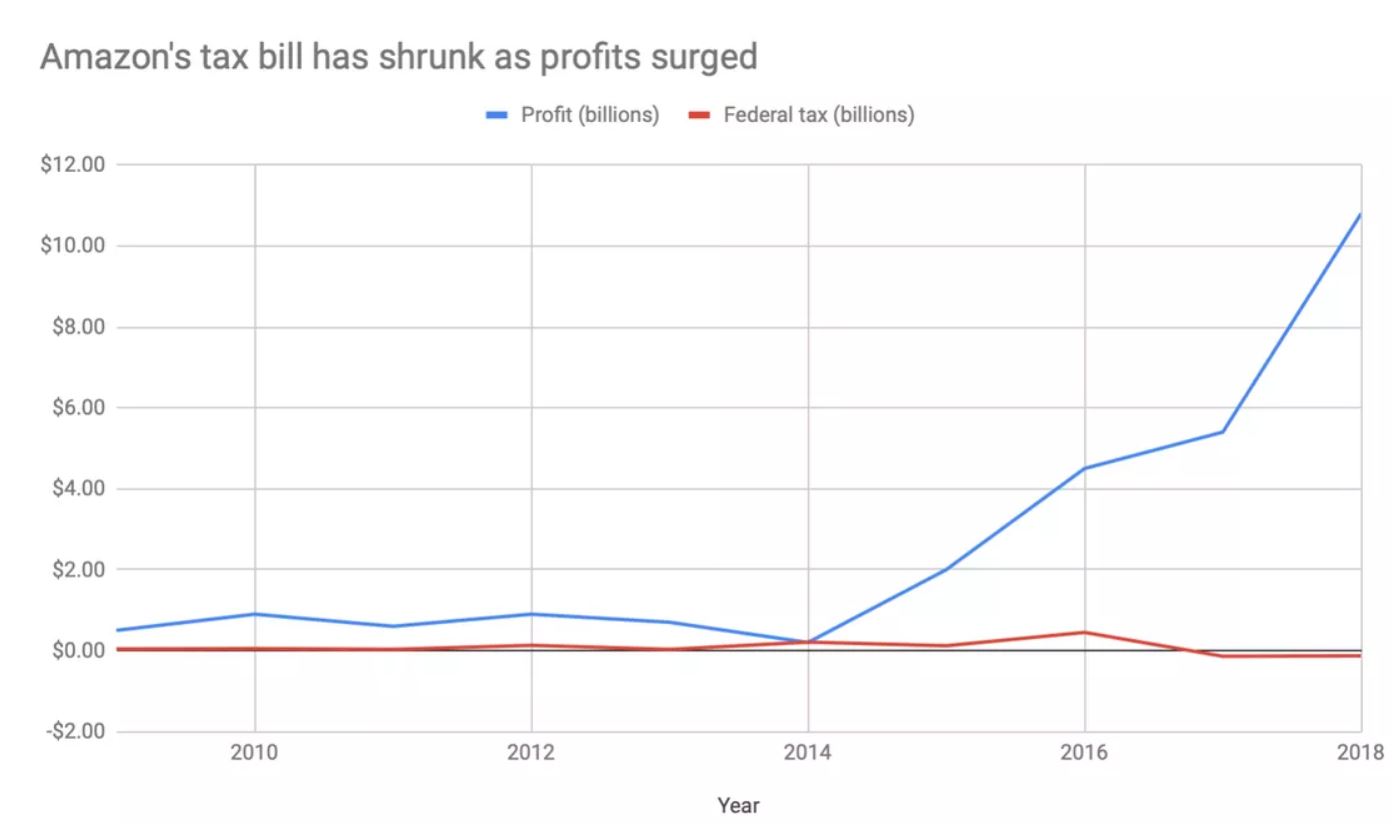 Confused on why they say "Federal Tax" in the graph, but corporate income tax throughout the article

Yet during this surge into profitability — the company’s earnings doubled between 2017 and 2018 — Amazon’s tax bill has actually gone down. The company paid $0 in corporate income tax last year, according to an analysis from the Institute on Taxation and Economic Policy, an astonishing figure that generated dozens of news stories last week.

In regards to U.S. federal income taxes, the claim that Amazon paid none in 2017 is almost certainly factual. While Amazon’s tax filings are not public, their SEC filing for the year 2017 illustrates that the company used the tax code expertly (and legally) to their advantage, so well that the company anticipated a $137 million tax refund from the federal government (numbers are in millions of dollars):

Amazon did pay taxes to individual U.S. states ($211 million) and to international jurisdictions ($724 million), but their federal income tax burden was (less than) zero. The filings indicate that two factors provided the lion share of Amazon’s reduced federal tax liability: $220 million worth of tax credits, and $917 million in tax-deductible executive pay derived from the sale of stocks

(Politifact also wrote about this, coming to the same conclusion: it's likely true.)

The form they're referring to is the 10-K. Looking at the 2018 filing, it has the same sections, so the same explanation applies. Under "Current Taxes: U.S. Federal" for 2018 it says "$(129)" (parenthesis indicate a negative number and this number is still in millions). In other words, much like last year, they expected to get a federal net tax refund, which is why the line in the graph is negative for those years.

Again, this is referring to federal income taxes. There's no evidence that they didn't pay other types of taxes; as you can see in the charts, the columns for "U.S. State" and "International" taxes all show positive numbers.

52
Do rich companies pay little/no corporate income taxes in the United States?
24
Do US companies pay significantly less taxes than European ones (based on tax rates)?
10
Are value-added taxes naturally progressive?
45
2 % of 'the rich' pay 50 % of taxes in Germany
11
Do rich Americans pay a lower portion of their income in federal taxes than the middle class?
54
Are US workers legally required to pay income taxes?
10
Has a company been indicted for failing to pay taxes on benefits?
13
Did Elon Musk pay "the most [income] taxes ever in history for an individual last year"?
9
Is their tax bill the single biggest cost of living for most households in the UK?