Did Dr Ulrich Mellinghoff Suggest 140Km/h would be a safer limit on Australian roads?

The description below has been shared by the Facebook group Sensible Speed Limits Australia which claims that Dr Ulrich Mellinghoff suggested 140km/h would be a safer speed limit in Australia. 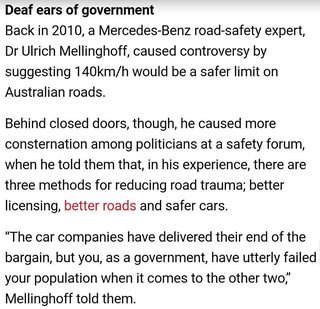 Back in 2010, a Mercedes-Benz road-safety expert, Dr Ulrich Mellinghoff, caused controversy by suggesting 140 km/h would be a safer limit on Australian roads.

Behind closed doors, though, he caused more consternation among politicians at a safety forum, when he told them that, in his experience, there are three methods for reducing road trauma; better licensing, better roads and safer cars.

"The car companies have delivered their end of the bargain, but you, as a government, have utterly failed your population when it comes to the other two," Mellinghoff told them.

Note this is not a question whether 140km is safer or not.

Does he exist and did he work for Mercedes Benz as a road safety expert? Yes

Here's a picture of him from Cars Guide in 2010 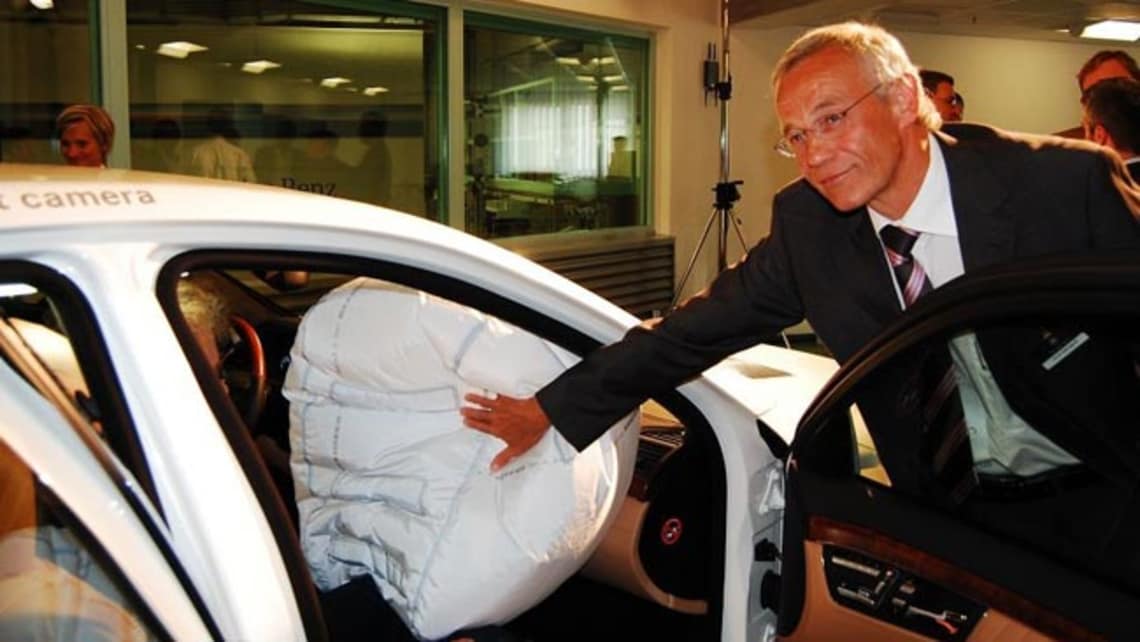 Did he present a recommendation to the government that a 140km/h speed limit would increase safety? Not really.

His proposed changes involve permitting some cars to travel at maybe 140 under specific circumstances on some roads, in order to combat fatigue deaths as a result of long-distance travel.

The answer to the first three claims are reported in a 2010 drive.com.au article.

His proposal is not as simple as "change the speed limit to 140", but involves non-suburban multi-lane freeways having German-style different speed limits in different lanes (with an outer lane with a speed limit of 130 or 140) with restrictions on the type of vehicle and modifications of overtaking laws. He claims it reduces deaths by fatigue. This would be a major change to Australian road laws.

The usual rural speed limit is 110 km/h (a major exception are parts of the Stuart Highway). Most such roads are single-lane, so his proposed change would affect few roads in Australia. It would be applicable to roads between Melbourne and Sydney, say, which are indeed very boring to drive on (from my experience). I see no reason to think his claims are absurd, but I feel it would be difficult to implement the change in laws.

He also proposes reducing speed limits in some other ways.

From this article, and others I found searching Google, I found no reason to think he's presenting his proposals to the Australian government; the article writes:

Dr Mellinghoff is in Australia to show safety technology fitted to his company's vehicles.

Not the answer you're looking for? Browse other questions tagged road-vehicles australia .

42
Is driving the speed limit on a highway safer?
6
Did Tony Abbott suggest that men might be better suited to leadership positions?
8
Would lowering the speed limit in NYC by 5mph lower the number of pedestrian deaths by a factor of 2?