Did John Bolton hold a notepad with the text "5000 troops to Colombia" written on it when he announced new sanctions against Venezuela?

A lot of news outlets across the entire political spectrum had a major news item about John Bolton today. An example from the CBS News Twitter account: 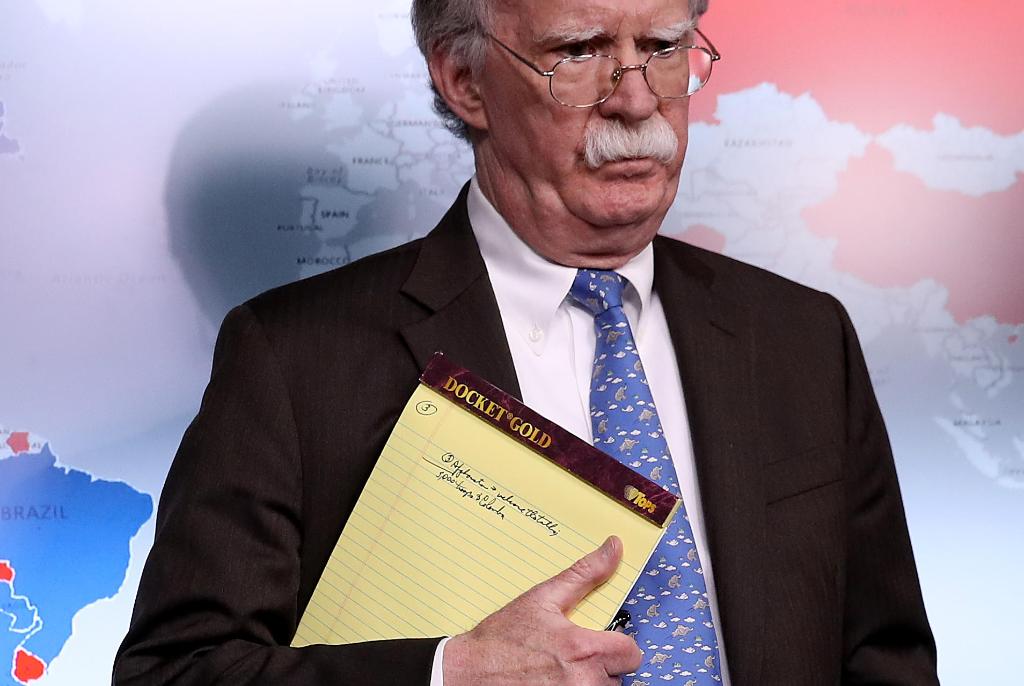 Nearly every news outlet has an article on it, no matter their country or whether they're conservative or progressive. However, in times like these, it's relatively easy to fabricate a picture or a video, though I doubt you could fabricate evidence on this scale. Still, I thought it was worth asking, especially since all these journalists seemed to have taken this picture at exactly the same time.

Did John Bolton hold a notepad with the text "5000 troops to Colombia" when he announced the sanctions?

Added by Daniel R Hicks: Here is a closer image of the notepad, gotten from a CBS clip by way of Colbert's Late Show. (Yes, I know the show is satirical, but this was during the "build up" and is not, so far as I can tell, modified.): 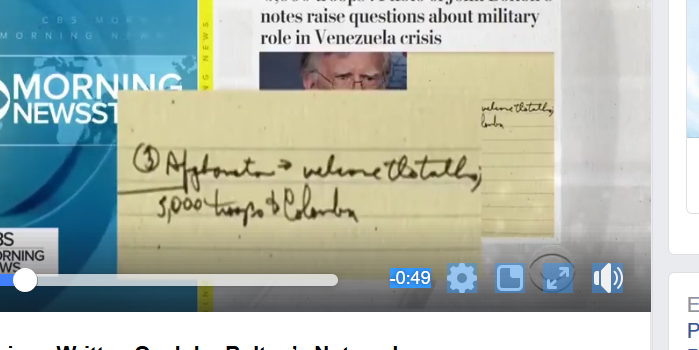 No doubt better versions are available, so I invite someone else to provide a better one.

Asked to explain the words, the White House said in an email to The Associated Press that “as the President has said, all options are on the table.” The statement did not say anything further about the note.

Not the answer you're looking for? Browse other questions tagged united-states colombia .

9
Do US sanctions against Venezuela outweigh the aid being sent?
26
Did Don Young threaten John Boehner with a 10 inch blade to the throat?