Is there a relationship between the words "night" and "eight"?

I have seen on Facebook, a post (in French) claiming that many words for the night are based on a n+respective number for the number 8. For example on this website,

The post goes even further, claiming that N is a symbol for infinity, and that 8 is the typical infinity symbol rotated.

The infinity symbol dates from 1655 (according to Wikipedia)whereas the word nuit was already in use by 1170 (website in French). Furthermore, the word nuit was used as noit in older French, and derives from noctum (latin) and thus nox (littré in French). But unfortunately, my knowledge of Latin is by far too limited to investigate further on the Latin.

Actually, the last link mentions that for the author M. Ad. Regnier, studying the Sanskrit, it could be related to the word naked (German: nackt, Latin: nuda).

In English, (the ight deriving from eight sounds worse than some other examples), what I gather is that

which relate as well to nox (Latin), nuks (Old Greek) or naktam (Sanskrit). The same website also indicates that

according to Watkins, probably from a verbal root *neg- "to be dark, be night."

But, if the relation night -> infinity -> infinity symbol -> 8 -> night, sounds improbable, I cannot find definitive information on a possible relation between the number 8 and the night.

Can you help me get down to the bottom of that question?

No, they are unrelated. 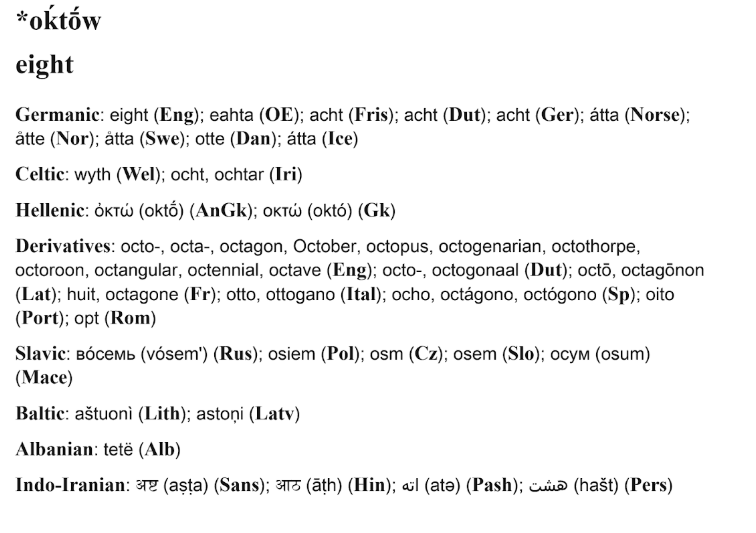 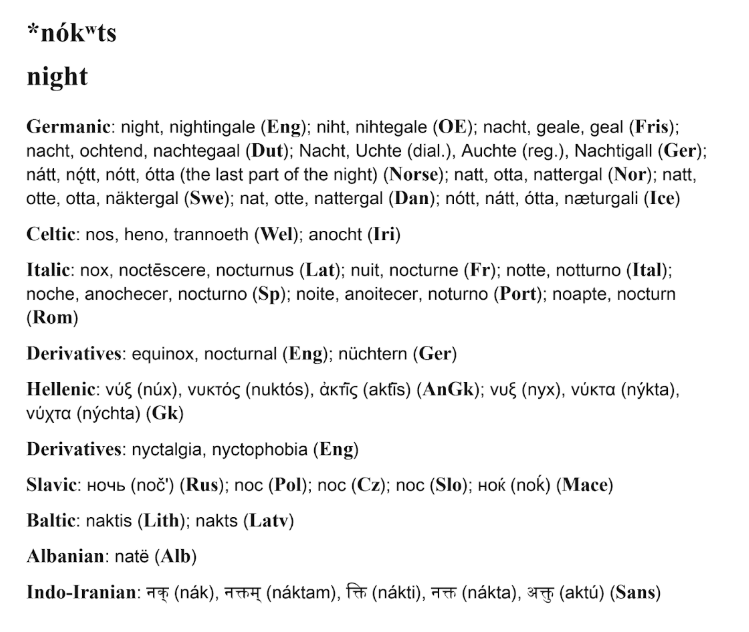 In English "eight" and "night" came from different words, "ehte" and "niht" respectively, which have both undergone a common substitution of -gh- for a hard "h", which was a Middle English scribal habit.

In French, "huit" came from "uit" when an "h" was added to avoid confusion with "vit". As for "nuit", it's a transformation of old French "nuict" derived from latin "noctem", which is an inclination of "nox".

The etymological link can be tracked further down, but the two words remain distinct, albeit similar.

So at least for English and French, the similarity between these two words is not due to a common root, but rather to similar ancestor words, and in some cases common transformations which contributed to the similarity of modern forms. I don't know other languages in your list, but they all seem to be either Latin or Germanic, so they likely share their etymological transformation with French and English respectively.

No, night and day come from old Norse.

nátt { noun feminine } The period between sunset and sunrise, when a location faces far away from the sun, thus when the sky is dark.

Old Norse blended with early Germanic languages, from which English is derived.

The following photo comes from "Discovering Runes" by Bob Oswald, page 160. You can see an alternative spelling of the rune is dagr, which means day. 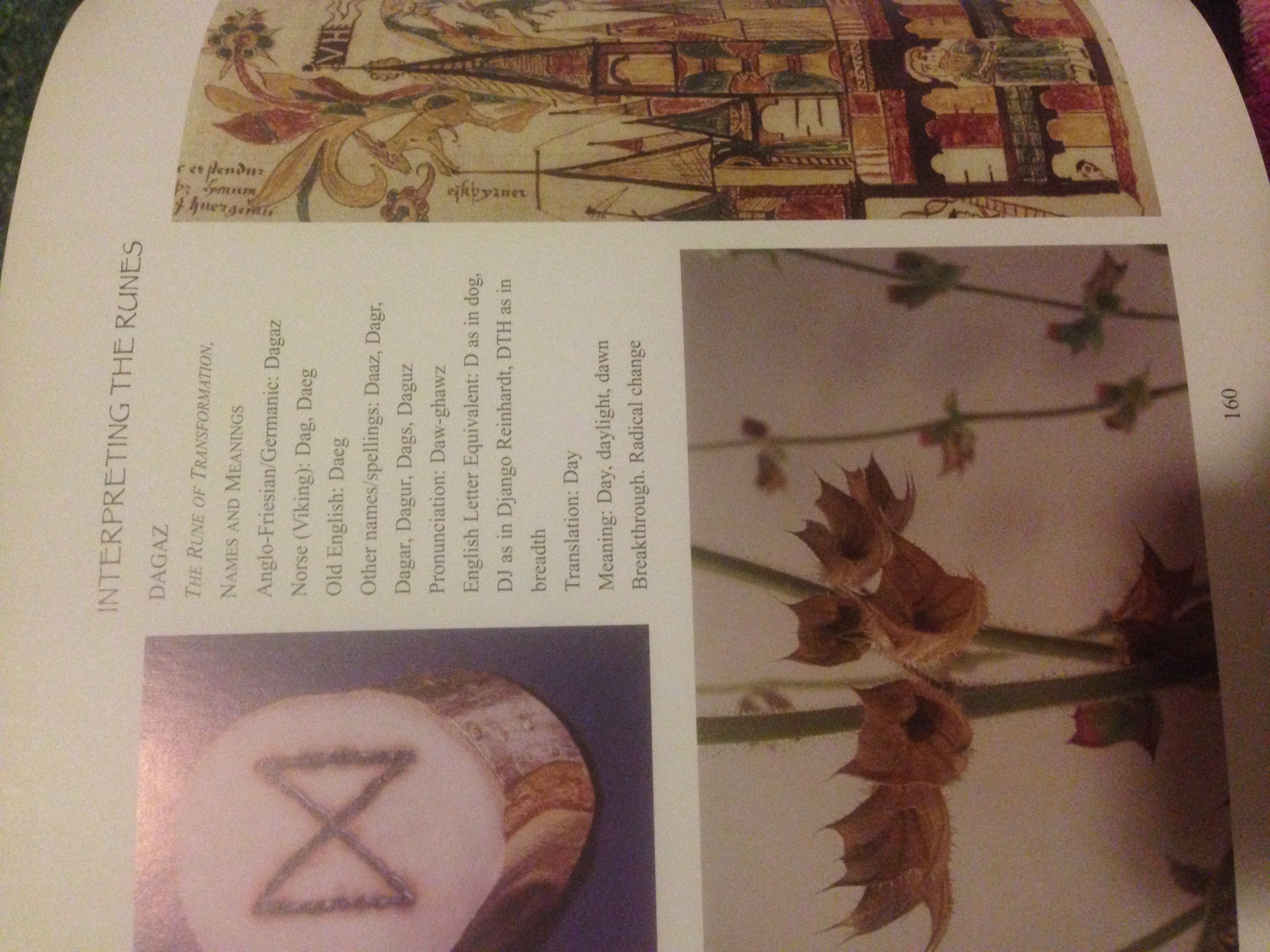 I don't know what is wrong with the image upload feature. The image is the correct orientation when I view it in Windows Explorer and also in XnView.