Did a man get heckled for dressing up as a Nazi—and dressing up his son as Adolf Hitler—at a local Halloween event in 2018?

I saw this tweet on Twitter (it’s been self deleted by its author since it was first posted here, but add Wayback Machine link for reference) and am a bit skeptical about the claims made it—and implied—by it. Images from the tweet below; text from the Dan Hett who posted it on Twitter is here:

“this poor guy dressed himself and his kids as historical figures for halloween and got a load abuse. unbelievable, the costumes can't be that ba.... okay never mind”

First, while I believe the photo of the adult man and some children is a real photo, was this photo actually taken in 2018 during a Halloween celebration? Where did it come from? Additionally, a screenshot of supposed claims of violence made against the man and the children are made. But did this all actually happen? It seems like the claims allude to this happening in the U.S., but the avatar for the screenshot of the complain clearly shows a German flag.

Did this man dress up as a Nazi and dress up his child as Adolf Hitler for Halloween in 2018 and have he—and the children he was with—physically threatened by strangers? 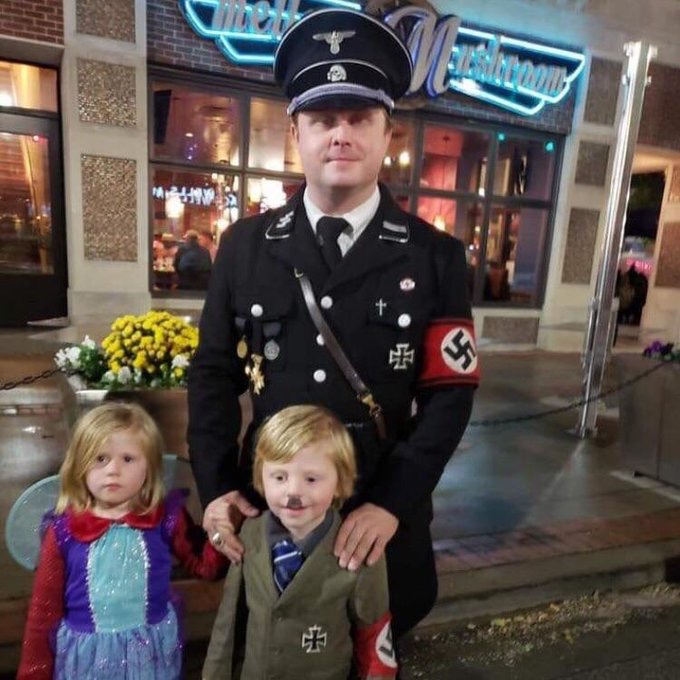 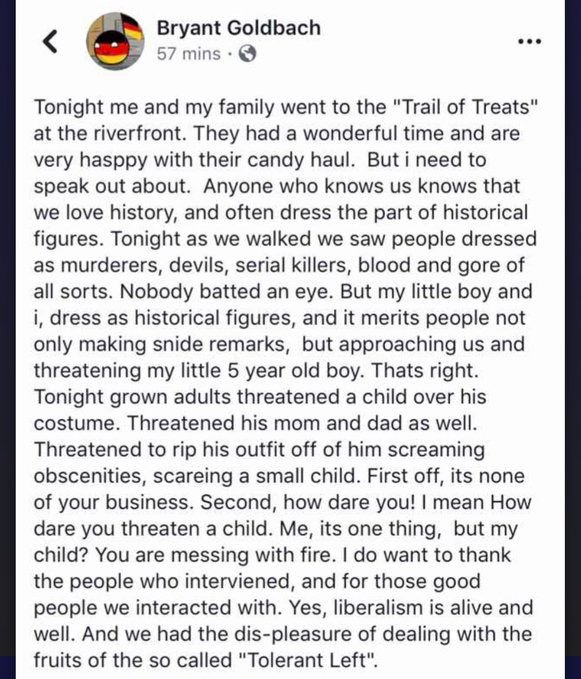 A Kentucky news station interviewed Bryant Goldbach, who apologized for the costumes. I don't know if it's true or not that they were threatened over the costume, but other interviews conducted by the station made it pretty clear that people weren't happy about the costumes at all.

This happened at the 2018 Owensboro, KY Trail of Treats. 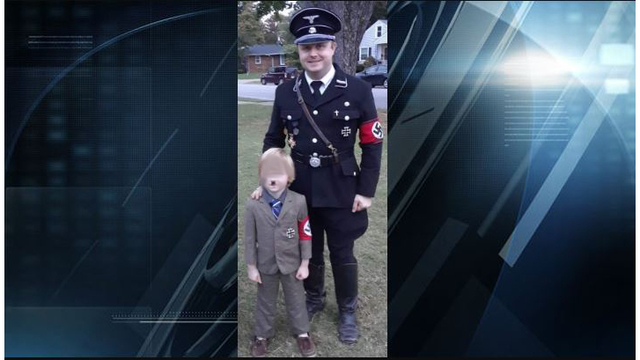 12
"Chance for a Spinster": Is this a real newspaper advertisement from 1865?
116
Entire GOP voted against letting senators read the new tax bill?
9
Did 61% of all Americans agree that 'a politician who does unethical things in their personal life can still fulfill their duties' in 2016?
17
Did a senior U.S. Justice Department official state that 3- and 4-year-olds can learn immigration law well enough to represent themselves in court?
74
Did the maps for services such as Snapchat, CitiBike and StreetEasy label New York City as “Jewtropolis” for a brief amount of time?
17
Is this heart transplant denial letter from an insurance group?
5
In response to COVID-19, as of 20 April 2020, has China provided the US with over 2.46 billion masks?
4
Was George Floyd a Masonic Sacrifice or even a Mason?
7
Do the 2020 votes for Trump and Biden add up to more than the total number of votes made?
20
Did CNN use "lightened" photos of Darrell Brooks?