Does requesting a bilingual trial often result in dismissal?

Life hack sites like to claim that requesting a bilingual trial will cause minor cases to be dismissed. I have seen this on multiple sites, but it seems they have a tendency to shut down after a year or two. I can't find an active site right now, but here's a webarchive link of an older site:

Here is the same claim I dug up on social media, albeit also from a dead site (though I confirmed the site existed at one point and isn't made up) 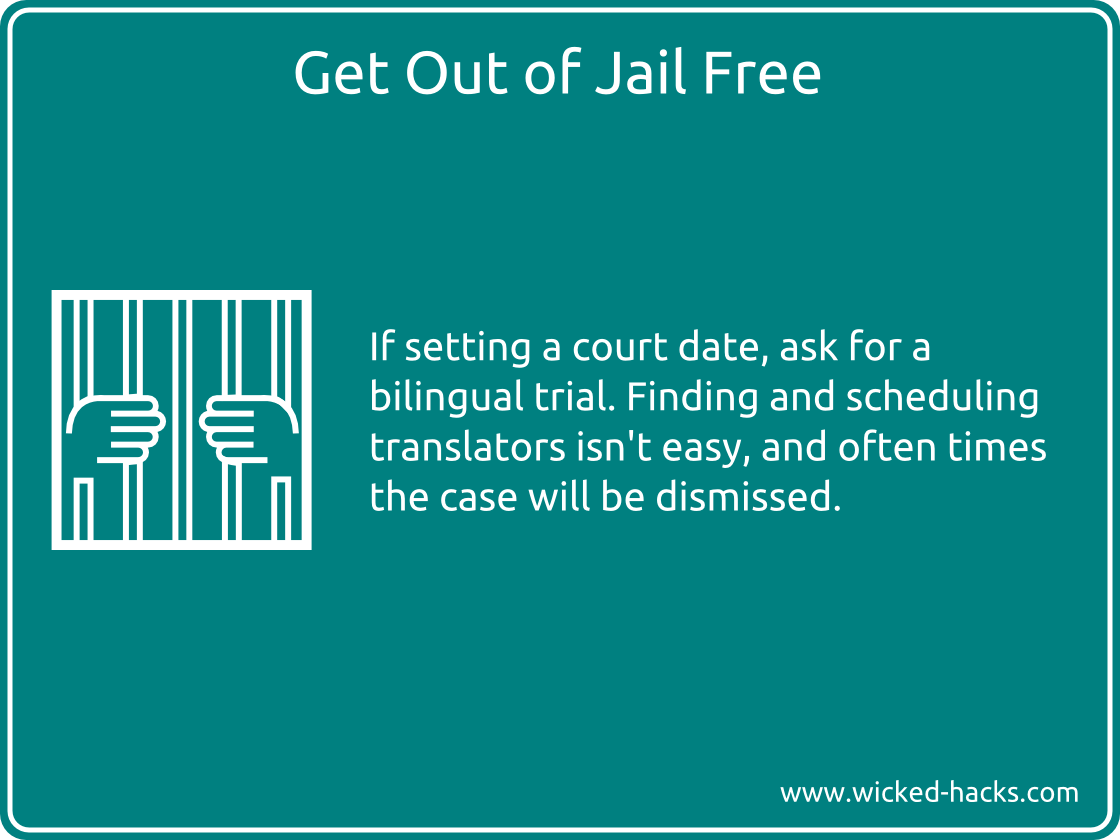 If I request a bilingual trial in an extinct language like Thracian or some rare tribal language, it would be impossible for the court to oblige -- I imagine they're able to decline my request. I suspect that under the same principle they may be able to decline even if the requested language is something common like Spanish assuming the person is a native English speaker.

Is this "life hack" fake, or is there actually some substance to it?

According to Justice Department guidelines federal and state courts that receive federal financial assistance only have to "take reasonable steps" to accommodate lingual needs:

The Supreme Court has affirmed that the Title VI prohibition against national origin discrimination includes discrimination against [limited English proficient] individuals on the basis of language. This means that courts that receive federal assistance must take reasonable steps to ensure that limited English ability does not get in the way of a person’s ability to appear and communicate effectively in court.

That being said, whether or not a case gets dismissed due to claimed lingual needs would be entirely dependent on the jurisdiction, making this question nearly impossible to give a definite answer to. One jurisdiction might see someone claiming they need Mandarin Chinese assistance for a parking ticket and decide it is not worth the effort to pursue, while another may not.

Not the answer you're looking for? Browse other questions tagged united-states law language .

19
Does using big words make people sound more professional?
19
How often do law enforcement authorities commandeer civilian transportation?
10
Does learning Latin first dramatically improve the ability to learn more languages?
23
Have only 5% of U.S. inmates received a trial?
6
Do 5 percent of cancer patients in the U.S. end up in a clinical trial?
12
Can a judge let the parties of a trial resolve their disputes on "the field of battle", legally, in the US?
1
Was the prosecutor in the first Epstein trial told that Epstein is an intelligence asset?
13
Does decriminalising sex work result in increased trafficking and organised crime?