Do an overwhelming majority of rapes not involve relatives?

From a tweet thread started by https://twitter.com/VocalFriez/status/1046487752429072384 , a citation is made of RAINN (the Rape, Abuse & Incest National Network), saying that the overwhelming majority of rapes do not involve relatives:

Rape, unfortunately, happens too often. An intersection no one seems to be discussing is that many survivor stories of late, including those of Muslim women, begin with being alone with their non-mahram perp, by choice! Free-mixing isn’t permissible for reasons. Stop doing it. [Wikipedia link added for convenience]

To further illustrate my point, here’s a handy infographic. Most rapes are committed by a friend/acquaintance. Muslimahs [female Muslims] A.) should not have real life male friends anyway and B.) should never be alone with non-mahrams. My intention was never to blame those who’ve been raped. 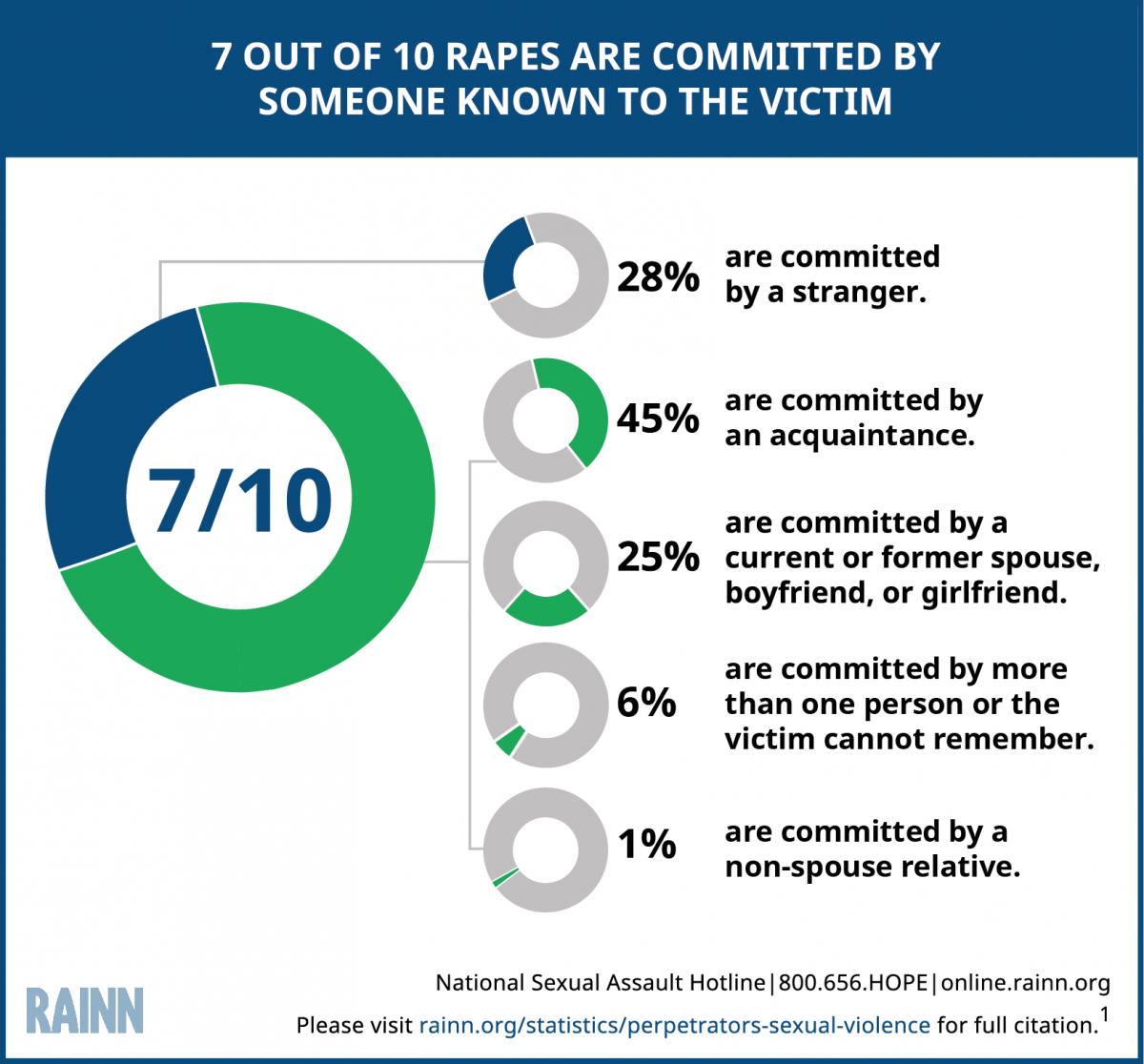 Putting aside the fact that spouses are also mahrams, and whether her advice would help prevent rape, and whether the relationship between perpetrator and victims may differ by country, I'd like to know whether the claim that the overwhelming majority of rapes don't involve relatives is accurate.

In the United States, do an overwhelming majority of incidents of rape not involve relatives?

18
Do small businesses create the majority of the jobs in America?
13
Does majority-white and majority-republican Owsley county have the highest SNAP usage?
4
Did the United States' internment involve Japanese foreign nationals?
11
Did Soviet soldiers commit two million rapes of German women in 1945?
3
Were there 19,000 rapes in the US military in 2011?
14
Are these rape statistics correct regarding rapes of black women by white men between 2003 and 2008 in USA?
21
Do only 0.6% of rapes lead to incarceration in the US?
14
Were the vast majority of people on the National Sex Offender Registry children when they committed their crime?