Do 90% of rape cases in the UK go unreported?

According to this image which I've seen on facebook a number of times, 2 in 1000 rapists are falsely accused and 90% go are unreported. 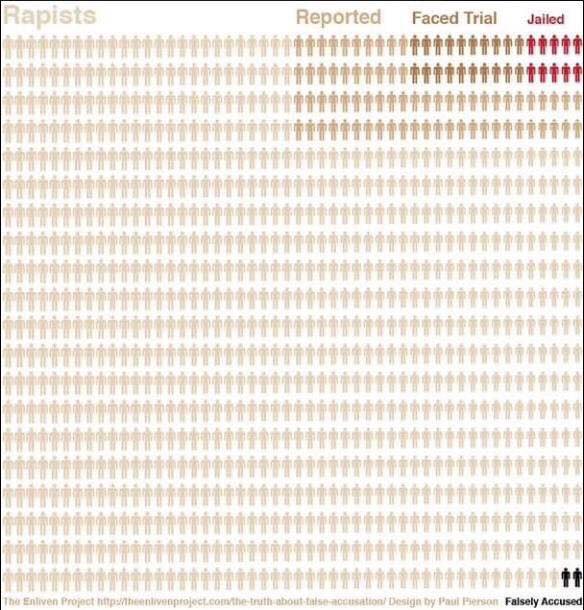 I already know that the number of falsely accused rapists shown is off by a factor of 10, which leads me to doubt the rest of the graphic. In this case it was posted by someone claiming the following:

But why not talk about the over 80% of rapes that aren’t reported. Let’s focus on the real issues here.
...
theyre [sic] widely accepted

It's unfortunate that the graphic they posted shows 90% not 80%, but I've seen the image before, so let's go with that claim.

Do 90% of rapes go unreported in the UK?

For the claim, as represented by the image:

Do 90% of rapes go unreported in the UK?

Rigorously correct wording doesn't usually translate well to social media memes, but there is some quality data on sexual assault and rape in England and Wales that support a claim that 83% of individuals 15-59 who answered yes to a survey question about whether they were raped in the past year did not report it to the police. Interestingly, as the report mentions, the number of people who endorse the question about having been raped in the past 12 months has been pretty stable (i.e., the survey's estimate of total rapes is stable), but the proportion who report it has been increasing. This is also consistent with police reports. From these data, it seems 90% may be too high for a current estimate, but the proportion of individuals who report to police seems to be increasing. 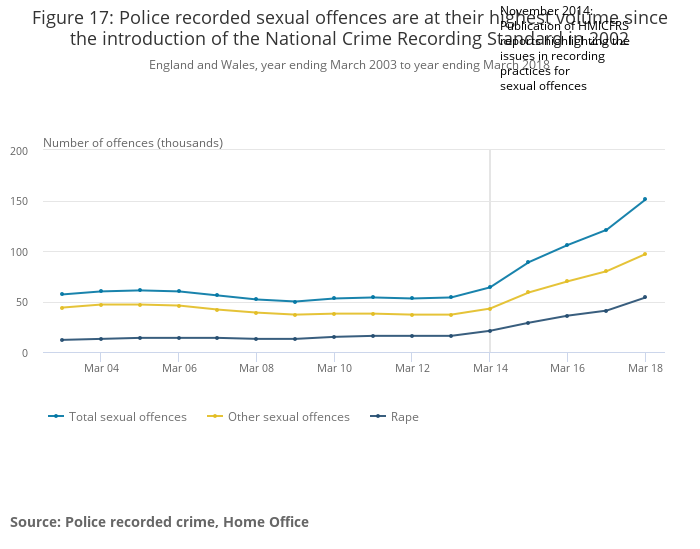 There are a few caveats, of course, but here are some relevant details about the methodology:

The Crime Survey for England and Wales includes this statistic: of the individuals in their sample who, in a face-to-face interview with a researcher, answered yes to a question about experiencing rape or assault by penetration in the last 12 months, 17% also answered yes to a question about reporting to the police. These questions were only asked to the subset of the sample that were aged 16-59, and the most recent report of this question comes from the 12 months ending in March 2017. The exact number of individuals who were asked this question can't be calculated using the tables in the report, but the overall adult sample for this 12 month period includes 35,420 individuals. As analyzed by the office of national statistics, these data are consistent with data from police reports.

The survey in question collects data using face-to-face interviews of households in England and Wales. It is administered by the office of national statistics. Both the data collection and statistical analysis are sound (general information on quality and methodology here, more specific information on sampling can be found here.). These data provide a reasonably good estimate of statistics for the population they sampled.

Not the answer you're looking for? Browse other questions tagged united-kingdom sexual-abuse .

25
Have one in ten women suffered rape in the UK?

33
Do rapists think rape is normal?
22
Do dolphins rape humans?
11
Are frat members more often involved in rape?
17
Were fathers arrested while trying to rescue their daughters from rape in Britain at least on two occasions?
4
Are rape vans real?
12
Are members of organized rape gangs in the UK mostly of Kashmir / Pakistani origin?
23
Do 87% of female rape victims experience an orgasm during the attack?
12
Is one in five women the victim of rape/sexual assault?