Singing of a lullaby is commonly depicted as a good way to put a baby to sleep.

I want to know if this commonly help belief is true. Does the act of singing, independent from the other sleep-aid techniques usually done at the same time as singing (swaddling a child, bouncing/rocking them, moving to a dark, low-distraction, environment etc.), actually help a child to fall asleep, or get more restful sleep?

If so, is this only due to it being a set routine? Put another way, if a parent came up with a night time routine that did not include lullabies for their child would it be any less effective at putting the child asleep then one which included the use of lullabies?

The specific notable claim appears to be the wikipedia article, which I'll address.

While there is some good evidence that music may help adult insomniacs get better sleep, there does not appear to be good evidence that lullabies help children fall asleep. Certainly the evidence presented in the wikipedia article is lacking. All the same, I'm glad I sang to my kids.

The article has a section on Therapeutic Value (thank you @GEdgar for pointing it out in the comments). This section and the following section on mother-infant interaction (which includes some additional sources that could include scientific evidence) use the string "sleep" four times. Lets walk through them:

Studies conducted by Dr. Jeffery Perlman, chief of newborn medicine at New York–Presbyterian Hospital's Komansky Center for Children's Health, find that gentle music therapy not only slows down the heart rate of prematurely delivered infants but also helps them feed and sleep better.

Dr. Perlman is a the chief of newborn medicine at New York - Presbyterian, and I've been to a few of his lectures, but he hasn't published any peer reviewed original research on the relationship between music and premature infant sleep. He has written a review that, among many other things, says music in the NICU might be better for neonates than noise.

More recent research has shown that lullabies sung live can have beneficial effects on physiological functioning and development in premature infants. The live element of a slow, repetitive entrained rhythm can regulate sucking behavior. Infants have a natural tendency to entrain to the sounds that surround them. Beat perception begins during fetal development in the womb and infants are born with an innate musical preference. The element of live breathing sounds can regulate infant heart rate, quiet-alert states, and sleep.

This paragraph is sourced to a paper by Loewy et al in Pediatrics. This paper does exist. It measures the effect of three different musical interventions on premature infants, and that music includes lullabies. However, the lullaby did not show any significant effect on sleep. Only the "Remo ocean disc... a musical instrument... meant to simulate the fluid sounds of the womb" showed a significant effect on sleep. The wikipedia article misinterprets this as an element of a lullaby, but in fact, it is a different intervention entirely.

The third use of "sleep" is about hospice patients, and not relevant to the claim that lullabies help children fall asleep.

The final use of "sleep" in a section about evidence is as follows:

In one Taiwanese study of Kangaroo Care, a technique practiced on newborn infants in which a mother holds her child tightly against her chest, it was demonstrated that infant–mother dyads who listened to their choice of lullaby were associated with more quiet sleep states and less occurrence of crying by the infant...

This references a trial reported in the International Journal of Nursing Studies on a combined intervention of kangaroo care (incubator time is interrupted for 60 minutes of skin to skin contact with the mother) plus a recorded lullaby. This intervention (kangaroo care plus lullaby) was compared to a control of usual incubator care (no skin to skin contact with mother and no recorded lullaby). The measure was recorded observation of an infant after the intervention or a control period (no intervention). Observation was one of 6 states, quiet sleep, active sleep, drowsy, quiet awake, active awake, and crying. All 6 states were compared between the control and treatment on each of three days. There was one day when the difference between control and treatment met significance (not corrected for multiple comparisons) for quiet sleep, but not overall sleep. On the other days it did not.

Additional evidence, not in the article

There is an additional paper that is sometimes cited as evidence for the effect of lullabies on children's sleep. This paper reports a pilot study not designed to find a statistically significant difference between a lullaby intervention and a control on EEG recordings of healthy near term premature infants. It did not find a statistically significant difference, but did find a trend. That study was reported in 2011. The results of follow up study to the pilot were never reported.

This does not provide evidence for the claim

There is good evidence from a Cochrane meta-analysis supporting a related claim about music in adults. This meta-analysis suggests that music can help subjective report of sleep quality in adults, but not sleep onset latency (i.e., there isn't good evidence supporting the claim that music will help adults fall asleep). The forest plot from this Cochrane meta-analysis below demonstrates the effect on sleep quality. Notably, only three of the pooled studies measured the effect of music listening at bedtime (Harmat, Jespersen, and Lai), and only two of those had a confidence interval that didn't include zero. Jespersen, though, used a small sample size (15), and consequently had a very wide confidence interval. See the forest plot below: 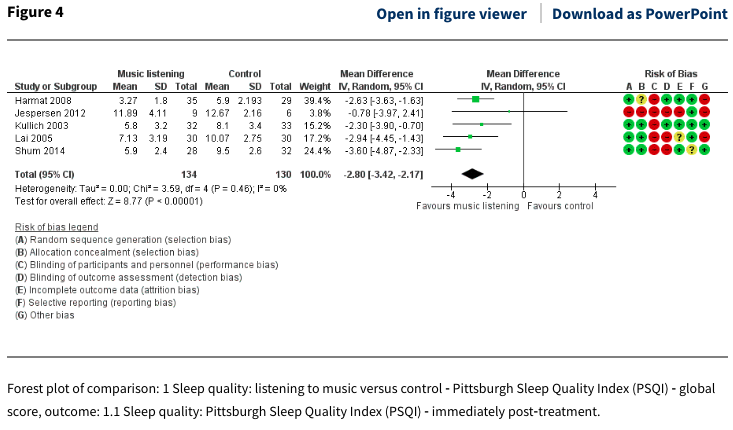 A lack of evidence

It is worth noting that many basic parenting strategies are not subject to rigorous testing. Music, in general, does appear not to cause harm, and probably helps sick preterm babies in a variety of ways. Teasing out exactly whether or not singing a lullaby to your child will help them fall asleep faster than some other bedtime ritual has not been a high priority for funding agencies. If you're a parent, and you would really like to know if your kid falls asleep better with a lullaby, you could run a non scientific and poorly generalizable study that would give you and your kid better information about you and your kid than any of these studies could provide. In conclusion, experiment on your kids. It's what makes it all worthwhile. 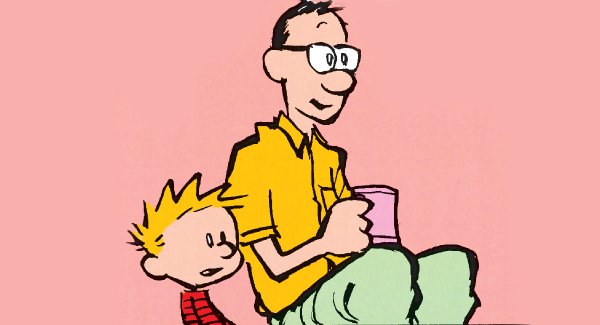 Not the answer you're looking for? Browse other questions tagged children .

7
Is it true that other cultures don't see having two windows opened as a health risk?

12
Can young children safely eat cooked mushrooms?
115
Were children safer in the good old days?
22
Do children have “immature Immune Systems”?
27
Is “co-sleeping” (infant sleeps in bed with parents) safe?
14
Does drinking cow's milk make children grow taller?
20
Does stretching help children grow taller?
21
Are Unvaccinated Children Healthier?
6
Did Time and CNN conduct a poll showing that most parents believe their children are spoiled?
9
Do day-care centres lower the IQ of children?
8
Does clapping children on the back in certain positions help clear mucus from their lungs?