Are black people disproportionately shot more than other people in America? [duplicate]

I was watching a video by conservative political commentator Ben Shapiro. He talks about Nike's ad featuring Colin Kaepernick. There is a claim he makes that black people are not being disproportionately shot by police.

The question is "Are you believing the right things?" Colin Kaepernick is not. He hasn't provided a shred of data to support his assertions that black people in the United States are being disproportionately shot by police, because in fact they are not.
Link to quote in video

This is the claim I would like to know is true or not, even though Shapiro further says that cops aren't "out there" shooting Black people but largely protecting Black people "that's why they're policing the inner city" and earlier he says that the disproportionality is a [thus] a "statistical anomaly".

People fatally shot by police were:

14% of the US population reported that they were Black in the most recent census.

In particular, when considering people who were killed when not attacking the police, black people suffer disproportionately: 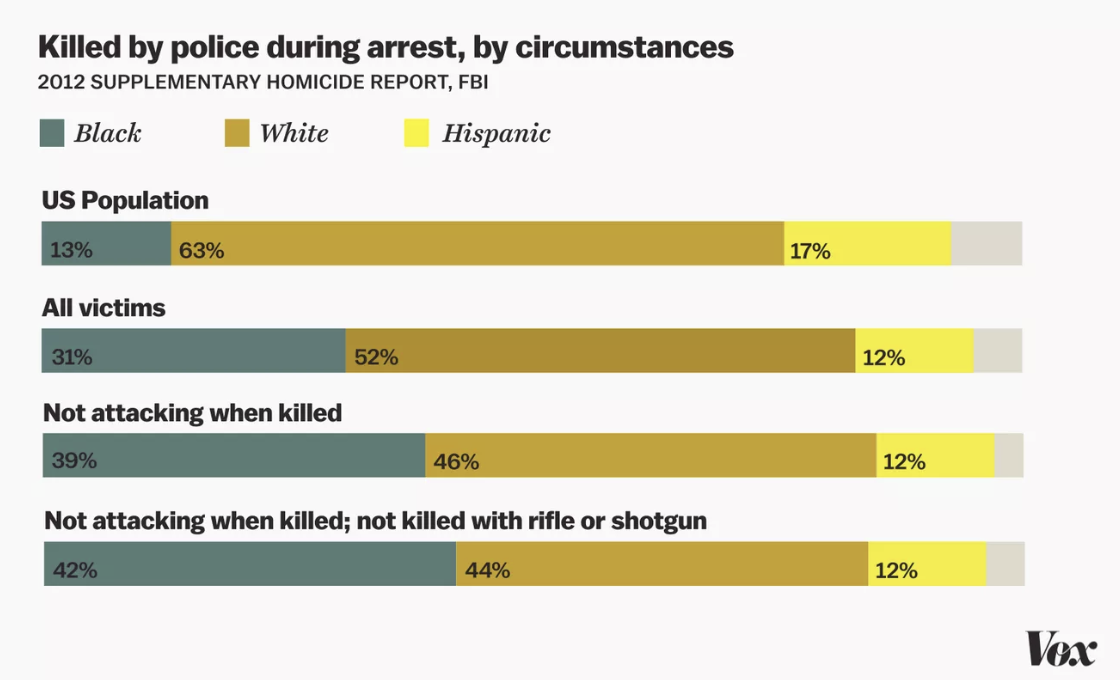 A Washington Post article in May 2018, argued, with limited data, that there had been a declining trend in both police killings and racial bias in police killings:

Criminologists said the downturn in the number of cases and their analysis of the data indicate that evidence of racial bias by police who shoot and kill unarmed blacks has also declined but not disappeared.

Goff and others say that the numbers of unarmed shootings are so small that any interpretations amount to guesswork.

“When you’re looking at racial disparities, you’re on super-shaky ground,” said Goff, who said he hoped the public would not interpret the data to mean bias is no longer present.

Looking at this years figures in the Washington Database of police killings, it looks at first glance like that trend for fewer deaths hasn't been maintained in the months since. 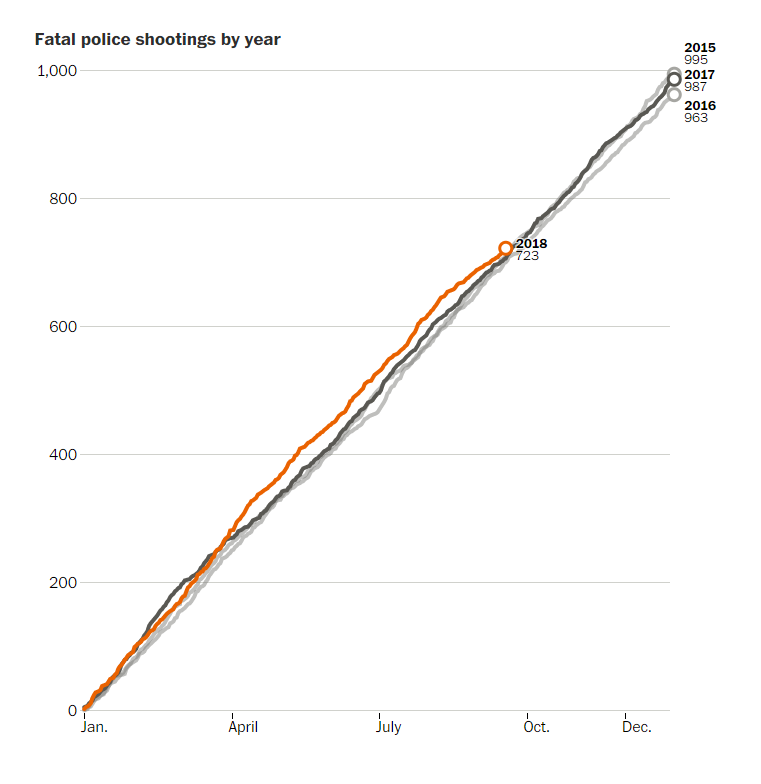 [Note: Care should be taken with Ben Shapiro's argument to ensure it is not a strawman. After a moderately brief search, I was unable to find a quote from Colin Kaepernick making precisely the claim being dismissed by Shapiro.]

Not the answer you're looking for? Browse other questions tagged united-states race police .

32
Are African Americans victims of a disproportionate number of police killings?

61
Can black people, on average, jump higher than white people?
17
Are there more guns in America than people?
5
Are more sunglasses sold in Seattle than in any other US city?
25
Are white people more likely to commit mass murder in the United States?
10
Do young black males have on average higher testosterone than other races?
27
Are rich, black kids imprisoned more often than poor, white kids, in the USA?
69
Are black Americans responsible for more than 50% of homicides?
111
Is a police officer 18x more likely to be killed by a black male than an unarmed black male is to be by a police officer?
12
Did the 1994 US crime bill "bring down crime"?