Correlation between BSE/CJD and Brexit vote

This image is currently doing the rounds on social media: 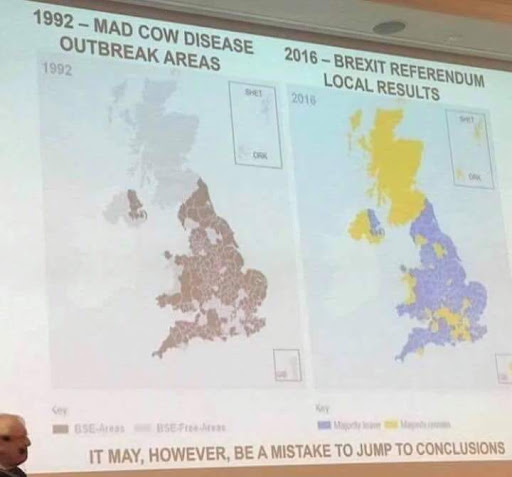 The implications and associated text with it is usually around how uncanny (and amusing) the correlation is. What's the source of this data and is it actually accurate or a fake?

EDIT: Here is a better-quality picture taken from a more recent post. 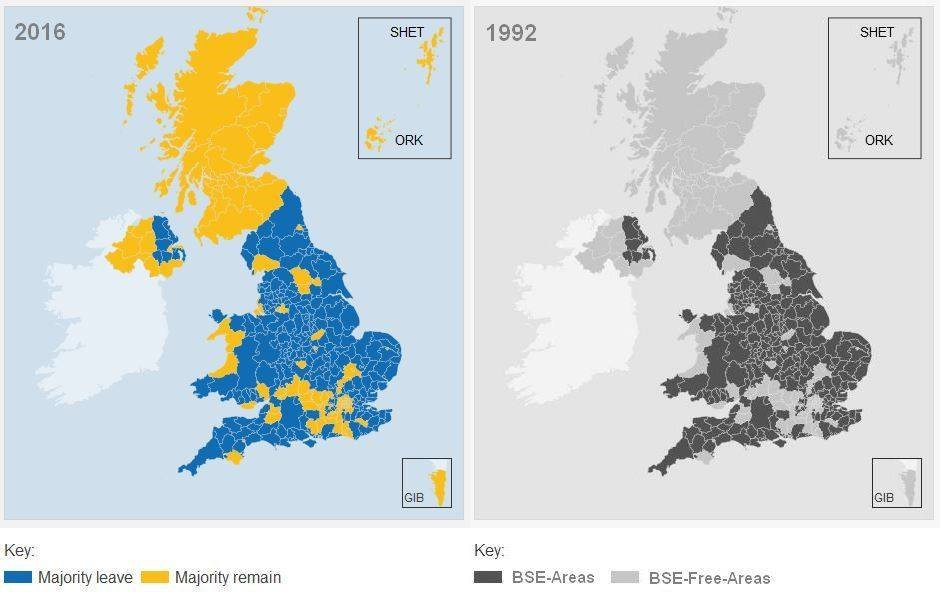 The data is fake, the original was intended to be humorous not realistic

The context of the original post clearly indicates that the intent was a humorous illustration of the point that correlation doesn't equal causation.

The Snopes analysis shows that the BSE map is a fake created by altering the referendum map. The Snopes comparison of the maps is convincing: 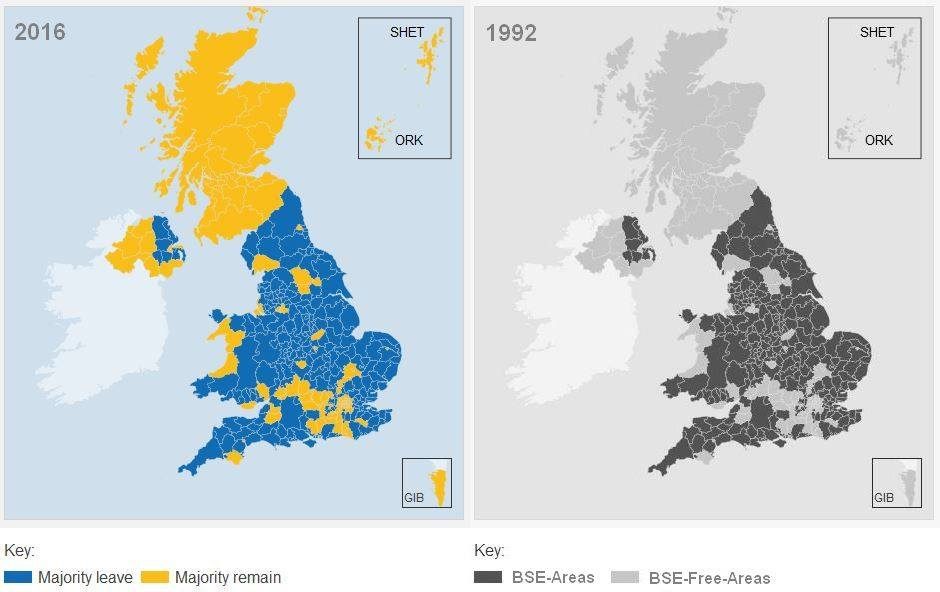 Moreover, other maps of the prevalence of BSE in the original outbreak look very different. This paper, for example, shows the map below (left hand map is BSE prevalence): 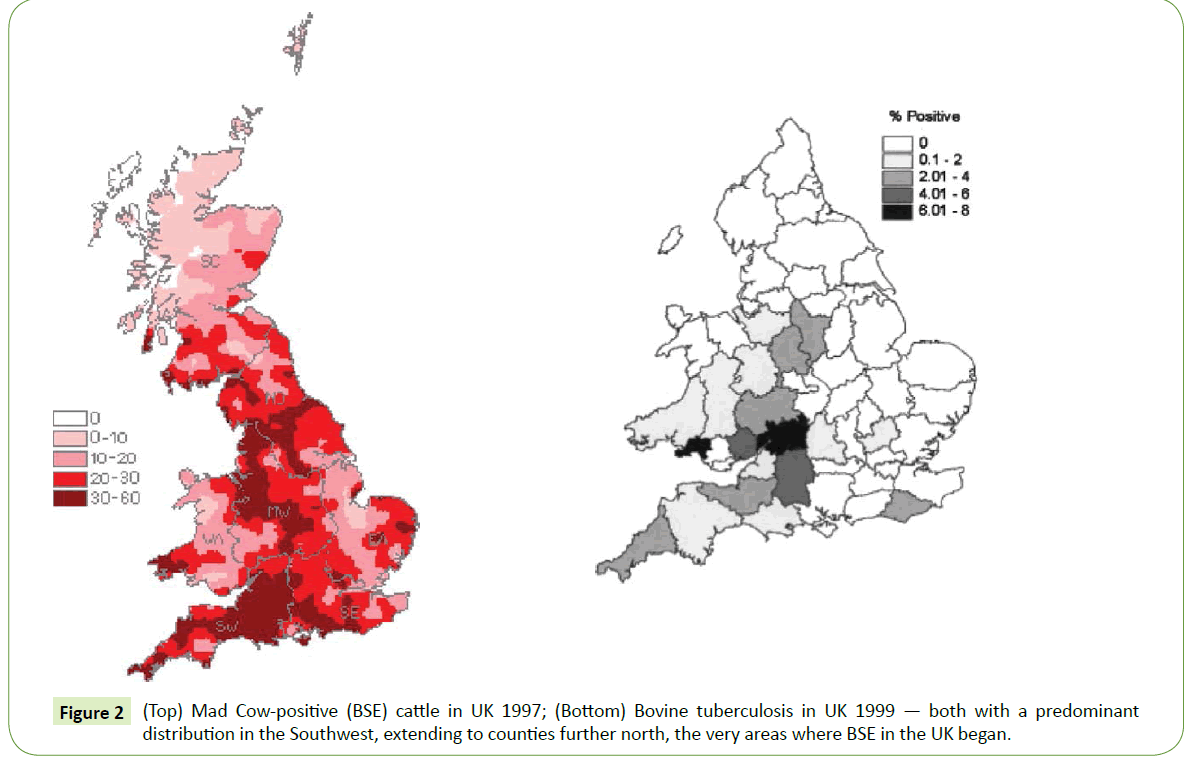 The two maps are very different (not least in Scotland) in detail. The differences are too large for the supposed 1992 map to be realistic however redrawn.

I think we can conclude that this was never intended to be a serious point merely a faked humorous illustration.

Not the answer you're looking for? Browse other questions tagged politics united-kingdom brexit .

117
Has one vote ever made a difference?
38
Is there a correlation between voting for the Democratic Party and gun crimes in the USA?
9
Was there a spike in hate crimes after the Brexit referendum?
71
Is this photo of Jeremy Corbyn and caption accurate?
5
Is British MP and Brexit campaigner Jacob Rees-Mogg receiving support on social media from known Kremlin networks?
17
Do a significant proportion of the British public think “no-deal” Brexit means staying in the EU?
7
Would a no-deal Brexit cause the grocery shopping bill of an average UK family to rise by £800/year?