Updating voicemail when there is no service, wifi, or electricity

Does updating voicemail during an emergency when there is no electricity, phone service, or wifi actually work or is this simply spam forwarded around and false information? I find it hard to believe as your phone is in a sense a brick without those external connections. One of many versions being circulated around: 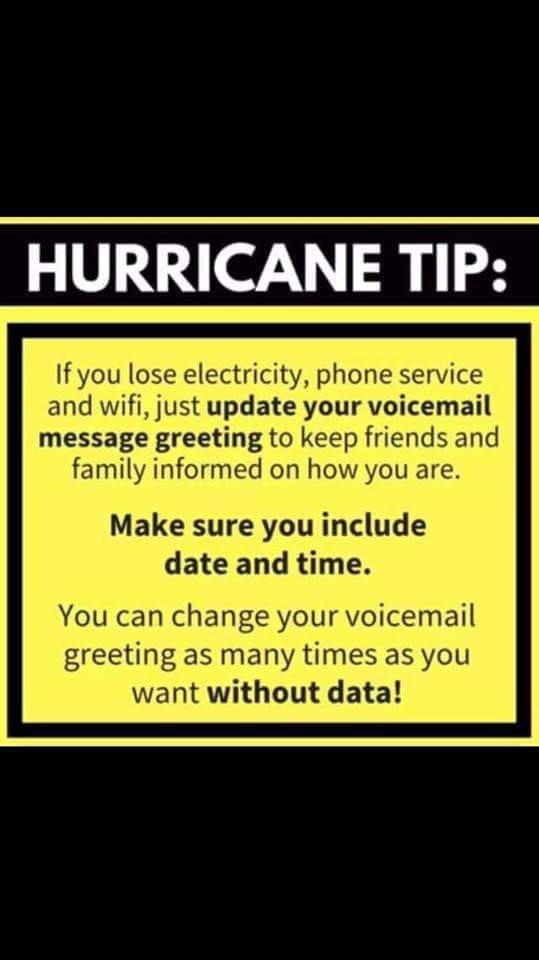 Snopes has investigated this claim:

Some cell phone service providers allow users to access their voicemail accounts via external methods such as landlines, and those users could keep the voicemail greetings updated in the absence of cellular and internet service.

Users lacking the option and means of accessing their voicemail accounts from landlines would not be able to keep their greetings updated in the absence of cellular and internet service.

To support this view they spoke to AT&T:

a spokesperson for AT&T Wireless, Tova Kline, told us. “There is no data or talk charge for changing your voicemail. However if you lose phone service, you won’t be able to update your voicemail message,” she said.

If by "phone service", the original claim was only referring to cell service, then landlines may be a workaround:

However, some cellular service providers allow users to access and update their voicemail by calling their own numbers from working landlines or phones on other wireless networks, so users whose accounts include such an option and who have access to alternative service could keep the voicemail greetings updated even when their own mobile phones cannot connect to cellular or internet service.

Researched further into this and while the picture is pretty much false in its statement "as is", there does appear to be ways when it will update your voicemail.

Various cell providers allow you to change voicemail with separate connections (such as calling from other working networks or landlines) and updating your voicemail.

The second way which is new is AT&T COW (Cell on Wings). These are drones that provide cellular service is extreme weather locations for so many miles. If you "update" your voicemail and your phone connects to one of these eventually, your voicemail will be updated that people will hear.

21
Does recharging a battery when it is only half-way dead decrease its life span?
34
Is there a text string that crashes iPhones?
14
Is a car's fuel consumption increased when the headlights are on?
14
Could the Nokia 1100 be hacked to sniff SMS messages intended for third parties?
7
Is there such a thing as a “GPS ID card” or GPS tracking on an ID card?
112
Was there Cyrillic text visible on Intel 386 chips after decapping?
4
Is there a PyCon Python Conference held in Iraq?