Were illegally immigrating children held in cages during the Obama administration?

Were children separated from their parents when they were caught on the Mexican border by US officials as illegal immigrants before Trump's introduction of zero tolerance immigration policy?

I wasn't able to find other source of that information than the reactions to the removed tweet of one of the former members of the administration.

Probably less of them than under Trump but there were kids in cages and kids separated from their families under Obama.

Those photos of immigrant children “caged” by the US? They’re from 2014 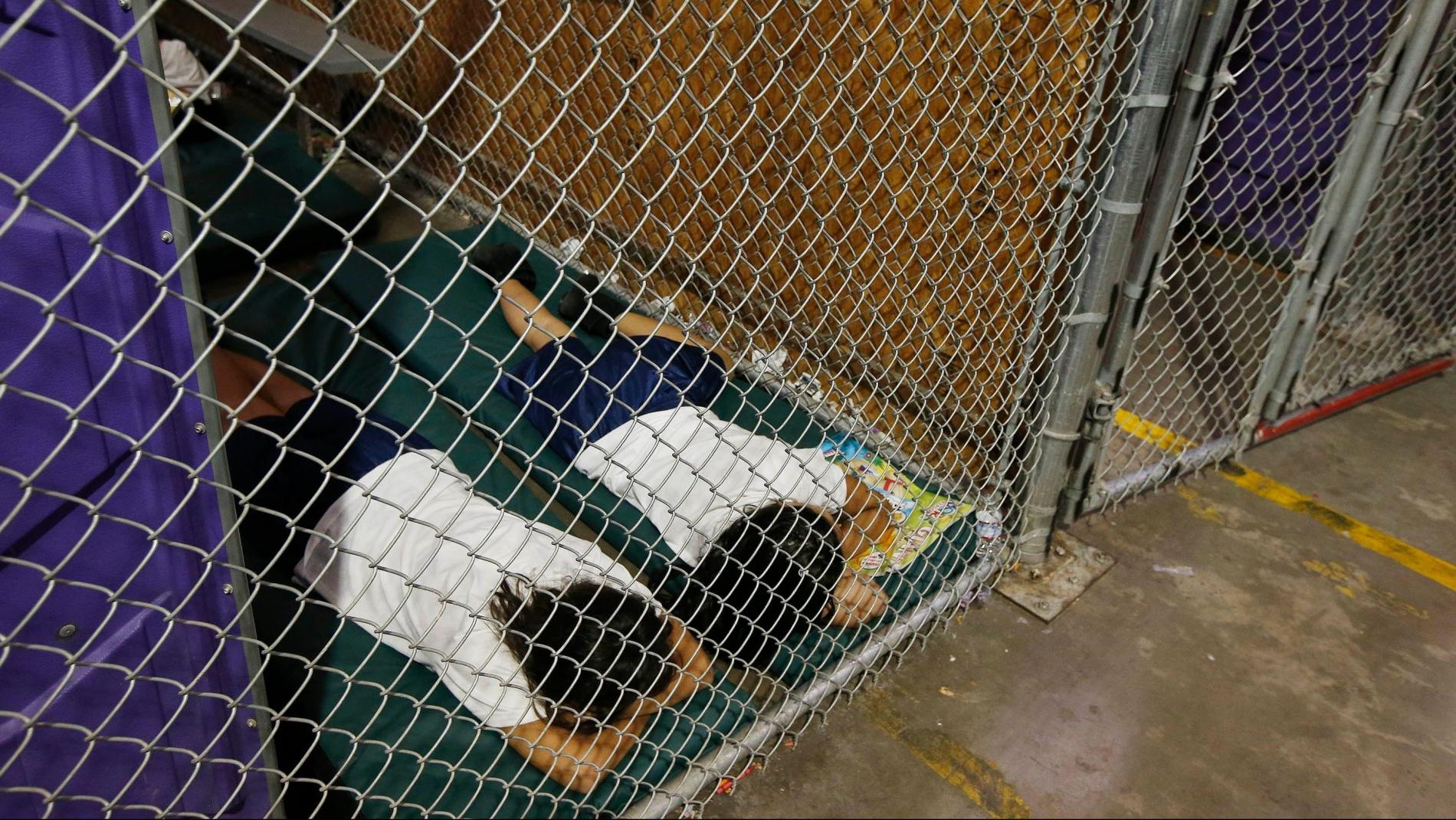 Also, here's a pbs article from 2016 with the same image:

Update, June 18: Since this story was published, new photos have been released by the US Customs and Border Protection, revealing current detainment conditions for immigrants apprehended at the border. The current conditions closely resemble the Obama-era “cages” depicted in photos from 2014. In both cases, children are shown separated from their families, sleeping on the floor within steel-wire enclosures.

33,000 complaints between 2010 and 2016 alleging a wide range of abuses in immigration detention.

In 2014, the Mexican American Legal Defense and Educational Fund filed a complaint reporting widespread allegations of sexual harassment at the Karnes County Residential Center, also in Texas, where more than 500 women were detained with their children.

In 2014, amid an influx of asylum seekers from Central America, the administration established large family detention centers to hold parents and children — potentially indefinitely — as a means of deterring other asylees.

some children were separated from their parents under Obama, this was relatively rare, and occurred at a far lower rate than under Trump

To address a point that came up in the comments.

Were illegal immigrants without criminal records for anything else arrested under obama:

Over the first full 14 months of the Trump administration, 69% of undocumented immigrants arrested by Immigration and Customs Enforcement (ICE) agents had a criminal record. Over the final two years of the Obama administration, that number was 86%.

ICE agents have arrested an average of 4,143 undocumented immigrants without a criminal record each month under the Trump administration. In the final two years under Obama, the agents averaged 1,703 a month.

Those numbers show the radical change in immigration enforcement implemented by President Trump, who issued new directives to ICE shortly after taking office in January 2017.

So 14% of immigrants arrested by Immigration and Customs Enforcement under Obama didn't have a criminal record other than that related to immigrating illegally.

Were children separated from their parents when they were caught on the Mexican border by US officials as illegal immigrants before Trump's introduction of zero tolerance immigration policy?

Trump has now turned this into a "zero tolerance" policy in which any crime, including illegal immigration, is prosecuted, leading to families being broken up merely for crossing the border. This also applies to families seeking asylum: people who appear at the legal crossing points and ask for asylum are turned away, and thus denied their right to asylum. However if they cross into the US illegally, find a border officer, and request asylum, they are deemed to have entered illegally and prosecuted.

Edit: New information 9 Dec 2019. Senator Jeff Merkley has released a leaked document which he says shows that this was all a deliberate policy by the Trump administration to break up families as a deterrent to migrants. The document also talks about prosecuting relatives in the USA who attempt to sponsor child migrants:

The memo goes on to describe how to effectively deter family and other caretakers from coming forward to sponsor children while their asylum cases proceed, keeping children in detention longer. Specially, one senior administration official said

“I would suggest referring sponsors for criminal prosecution… if information indicates that the sponsor facilitated the travel of the minor into the United States.” Another official says “This would result in a deterrent impact on “sponsors.” (p.2)

Stripping the polarizing, partisanship away: Yes it is well documented in photos, ICE documents, and statements by Obama officials that the Obama administration did indeed practice the same detainment techniques as the Trump administration- which is all the original poster asked.
Sources: Obama official Cecilia Muñoz, Jon Favreau, speechwriter for former President Barack Obama

"I tweeted a story that multiple journalists were posting. My mistake for not checking the date first. A few minutes later, when I realized my error, I deleted the tweet and immediately tweeted the correct info and date of the picture." (Faveau quote after discovering that the picture he tweeted of detained children was actually taken during the Obama administration) https://www.politifact.com/truth-o-meter/statements/2018/may/29/donald-trump/trump-correctly-tweets-democrats-mistakenly-tweete/

Cecilia Munoz Twitter Thread: Thread "These are the shelters that have been set up for unaccompanied migrant kids. Remember the summer of 2014? There was an unexpected spike in the number of kids coming to the US alone. They stayed in terrible border patrol lockups because HHS ran out of shelter space." Twitter account Cecilia Munoz 6/16/18

Not the answer you're looking for? Browse other questions tagged donald-trump immigration barack-obama .

16
Do illegal immigrants in the US get a bus ticket to wherever they have family or friends?
19
Did the United States annual free tax credits paid to illegal immigrants quadruple to 4.2 billion in 2011?
22
Did the Obama administration halt processing of Iraqi refugees back in 2011?
58
Has Trump's administration been making more human trafficking arrests than the Obama administration?
27
Did the FBI plant an informant in the Trump campaign during the Obama administration?
10
Did Obama have a policy of "separating [migrant] families"?
17
Did a senior U.S. Justice Department official state that 3- and 4-year-olds can learn immigration law well enough to represent themselves in court?
5
Were Oscar and Valeria Martinez denied the ability to claim asylum at a port of entry?