It is commonly claimed that certain fruits (e.g. apples, bananas, high-ethylene fruits and their dastardly "ripening hormone") make other fruits ripen faster. These claims appear on mainstream media and are often repeated by experts, but they are frankly very inconsistent. Some blame polyphenol oxidase, other blame ethylene. None of them link to a serious study. 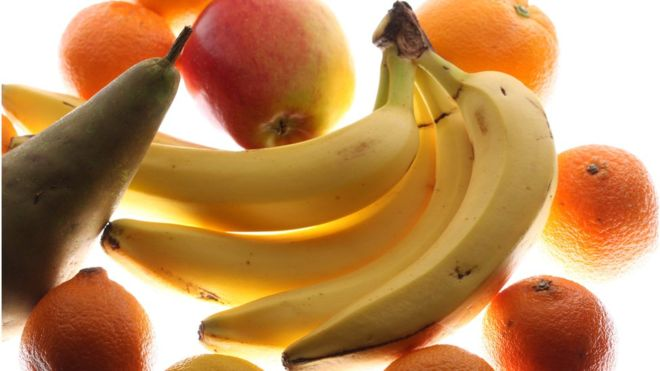 Clarification since people have wildly misunderstood what I am asking about:

Note: the three assumptions above do not prove that pairing an ethylene-releasing fruit with an ethylene sensitive fruit has any effect because (a) a fruit could produce all the ethylene it needs whilst being sensitive, so it would not make a difference, (b) it might be required to put the fruits in an airtight container to have a visible effect, (c) maybe it would need 100 fruits to have any effect on one, (d) there might be an effect that does not depend on ethylene after all, (e) the ripening effect of ethylene might be completely secondary... In other words: don't give theoretical answers, please :-)

Ethylene definitely has a role in the ripening of fruit.

Ethylene and fruit ripening is a scientific paper that discusses the chemical mechanisms of ripening fruit. From the paper:

The ripening of fleshy fruits corresponds to a series of biochemical, physiological and structural changes that make the fruit attractive to the consumer. Although these processes vary from one type of fruit to the next, fruits can be divided into two broad groups, known as climacteric and non-climacteric (Biale 1964). Categorization into one group or the other depends on whether or not a fruit exhibits a peak in respiration (McMurchie et al. 1972) and ethylene production during ripening. The sharp increase in climacteric ethylene production at the onset of ripening is considered as controlling the initiation of changes in colour aromas, texture, flavour, and other biochemical and physiological attributes. In contrast, the ripening of non-climacteric fruits is geneerally considered to be an ethylene independent process and little is known of the regulatory mechanisms underlying the biochemical changes.

From this we learn that some fruits produce ethylene as they ripen, and this ethylene is a chemical signal that controls ripening. The claim that certain fruits ripen other fruits is possible if the ripening fruit transmits a significant amount of ethylene to the other fruit. The first fruit would have to emit a significant amount of ethylene gas, which would then have to be absorbed by the second fruit. The second fruit would also have to be climacteric.

climacteric BOTANY the ripening period of certain fruits such as apples, involving increased metabolism and only possible while still on the tree.

This health and nutrition website lists apples and bananas as climacteric fruits. It also elaborates on the basic claim in a way that is consistent with Ethylene and Fruit Ripening:

Climacteric fruits — those that can ripen after being picked — produce much more ethylene than non-climacteric, which cannot ripen once removed from the plant. Some fruits, such as apples and bananas, produce even more ethylene gas than other climacteric fruits. If you find yourself impatiently waiting for a climacteric fruit to ripen, you can speed up the process by placing the fruit in a brown paper bag to concentrate the ethylene, or even position it near an apple or banana.

Non-Climacteric Fruits Citrus fruits such as grapefruit and lemon, berries such as raspberry, strawberry and cherry, grapes, pineapple, melon (including watermelon), pomegranate

After‐ripening of fruits adjusted by ethylene‐generating agents is a scientific paper that applied ethylene to kiwis and peaches. The ethylene speeded the ripening process in both. The fruit was exposed to 750 or 1700 ppm of ethylene gas.

Measurement of ethylene production during banana ripening found that ethylene production from bananas fell in the range of 2-50 µL ethylene/kg fresh material/h. If I assume a 2L container, 5 average weight bananas (~1 kg) producing the mid range of ethylene gas (25µL/kg/h) could produce 750 ppm in 30 hours. This is a comparable to the amount of time it would take for things to ripen on their own, but it is quite possible that lower concentrations of ethylene still have a ripening effect.

This article contains the following paragraph, which suggests that real scientists believe something similar to the claim.

Principle Bananas are climacteric. This method is designed to initiate fruit ripening with an ethylene-like gas such as acetylene or propylene and to measure fruit ethylene production by gas chromatography 1.

The article also cautioned that excess CO2 buildup in a container will inhibit further ripening of the fruit. If you put your fruit in too small of a container or a container with too poor ventilation, it may slow ripening.

[Sklivvz:] Guys, I'm challenging a widely repeated claim and provide a few examples. A scientific study of the ripening effects of apples or bananas is enough to answer it. I really really don't care about hearing that ethylene is ripening. It's not relevant at all. Show me an example of an apple ripening anything under experimental conditions. Biology is unsuitable exactly because I'm skeptical of the off-handed answers I'd get from a generic biologist without any specific knowledge.

[Sklivvz:] I already knew that ethylene is ripening, but this is a meaningless factoid, unless the amount released is significant enough to have an effect. Surely when artificially ripening a certain amount is necessary, which is not at all guaranteed to be released by common fruits.

What is produced by fruits is enough to affect them (next quote from the previously linked Q&A-style review):

Ethylene is biologically active at very low concentrations of around 0.01 to 1.0 part per million (ppm). Lower or higher sensitivities have been observed depending on the species and the response. Some climacteric fruits, such as tomatoes and apples, can generate tens of ppm of ethylene.

Ethylene receptor inhibitors have been known and used for quite some time. The only (recent enough) studies you're likely to find on group rots are those in which the non-inhibited control is compared with inhibited treatments e.g. But if you don't trust how these inhibitors actually work (they could do anything else) then such studies are not a proof that fruits in groups rot faster than alone.

You'll have to dig through the historical papers for direct effects of ethylene emissions from fruits. The seminal paper (Gane, R. (1934) Nature 134, 1008.) that detected ethylene production in plants starts with:

It was observed by Elmer in 1931 that the presence of ripe apples and pears—but not oranges or bananas—caused abnormalities in the sprouting of potato tubers ; and Huelin pointed out that the effects were similar to those produced in potato sprouts by exposure to ethylene. Later, Smith and the writer showed that the growth of pea seedlings was affected by an active substance produced by ripe apples, again with results which were paralleled by ethylene.

Kidd and West had previously noted that a substance produced by ripe apples would stimulate the so-called 'climacteric' in unripe apples ; and the writer had show that an active substance generated in traces by ripe bananas has corresponding effects on the rate of respiration and the ripening of green bananas [...]. In each case, similar results could be produced by exposure to a trace of ethylene.

I don't know how well controlled those old experiments were. All the references cited there after Elmer are from a "Report of the Food Investigation Board for 1932, H.M. Stationery Office", which was a collection of papers, apparently. Dig that up and enjoy your skeptical trip down the memory lane. Alternatively, as LangLangC suggests below, look at high-school science experiments; that's the level of interest for such studies nowadays, as far as I can tell. Where the reasearch-level science/industry interest has moved is inhibition of ethylene's effects, like I said.

Not the answer you're looking for? Browse other questions tagged biology consumer-products chemistry fruit livestrong .

8
Do juicers preserve the nutritional quality of fruit and vegetables?
23
Do fruit/vegetable washes effectively remove pesticides?
16
Can an extra internal refrigerator light increase the vitamin C content of fruit?
29
Does wearing a scarf help a sore throat?
4
Are preservatives applied to commercially distrubted fruit?
5
Are fruits better than processed fruit juices?
1
Does blending fruit affect the fibre to make you hungry again faster?