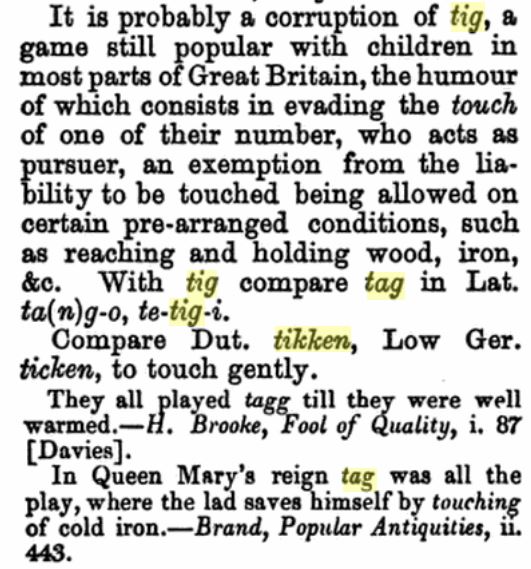 45
Was the name "Wendy" created for Peter Pan?
11
Did "secular" mean "non-denominational"?
7
Was the term "goosebumps" ever used to refer to venereal sores?
18
Was the phrase "hello" popularized because of the name of Alexander Graham Bell's wife/girlfriend "Margaret Hello"?
72
Is there a relationship between the words "night" and "eight"?
8
Is the use of X for unknown quantities taken from the Arabic word "shay"?
7
Did Marx use the word "capitalism"?
1
Was "Yankee" originally a derisive term for smugglers?
7
Was the living room called the "death room" around World War I? If so, by whom?