Is this a real display in the United States Holocaust Museum?

I saw this on my Facebook news feed, posted on a page called “Truth in Crisis”. Is this a real display in the United States Holocaust Museum as the post claims? I’m doubtful as a number of them seem more like a comment on current political and social issues. 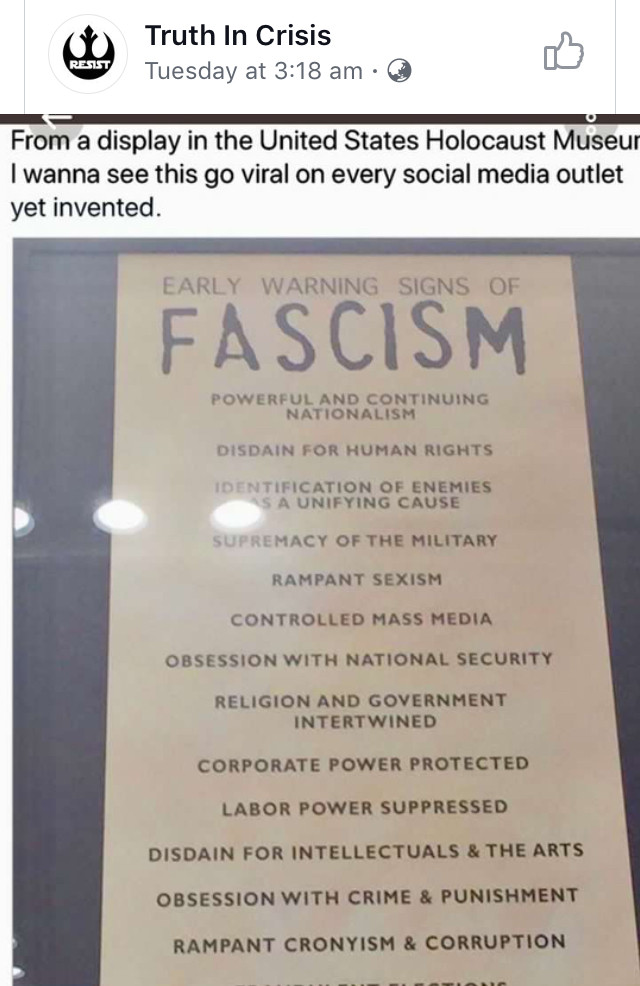 According to Snopes, this list was sold in the gift shop of the Holocaust Museum at one point, although it's no longer sold there (it was never an exhibit):

Sarah Rose, who first shared the photograph on social media, confirmed to us that she took the picture in the museum’s gift shop. We reached out to the USHHM to confirm that it sold a poster showing “early warning signs of fascism,” and they told us that the museum no longer carries the poster.

The list was originally created by Laurence Britt in 2003, for an article published by Free Inquiry magazine (a publication for secular humanist commentary and analysis).

The original, non-cropped picture shows a price tag. In addition, the small text at the bottom reads (more visible in this other photo from this Imgur gallery): "Lawrence W. Britt writes about the common signs of fascism": 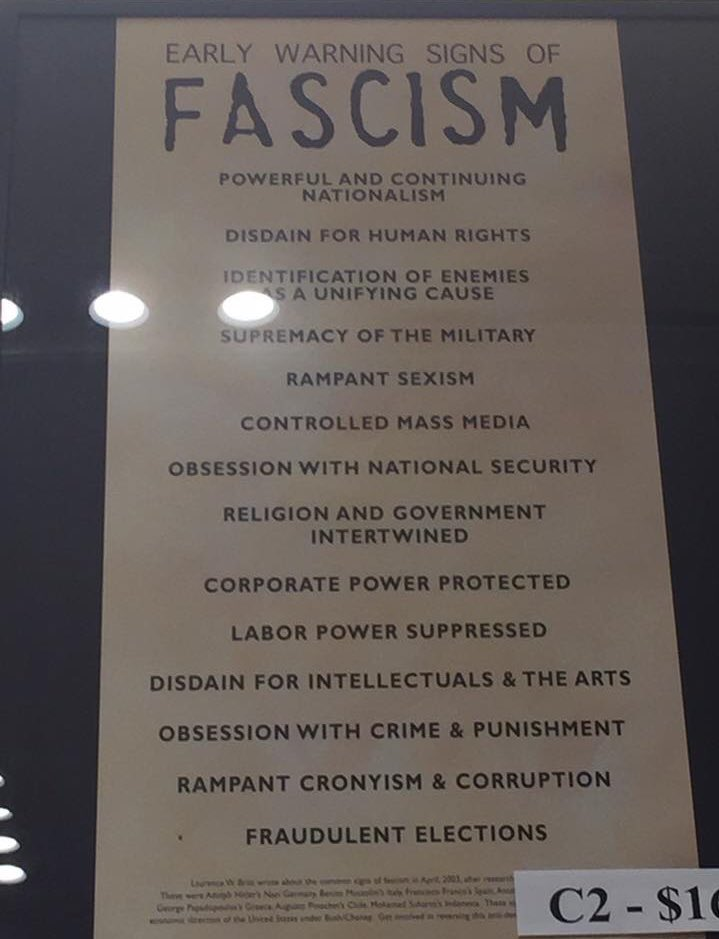 Here is (a quote of) the article written by Britt.

Not the answer you're looking for? Browse other questions tagged social-media .

67
Did this Twitter bot predict the Paris shootings 2 days before they happened?
3
Is this picture from the flooded cave rescue in Thailand?
10
Are these photos of burned home surrounded by pristine trees in California due to the forest fires real?